Her revamped ones are like a work of art. 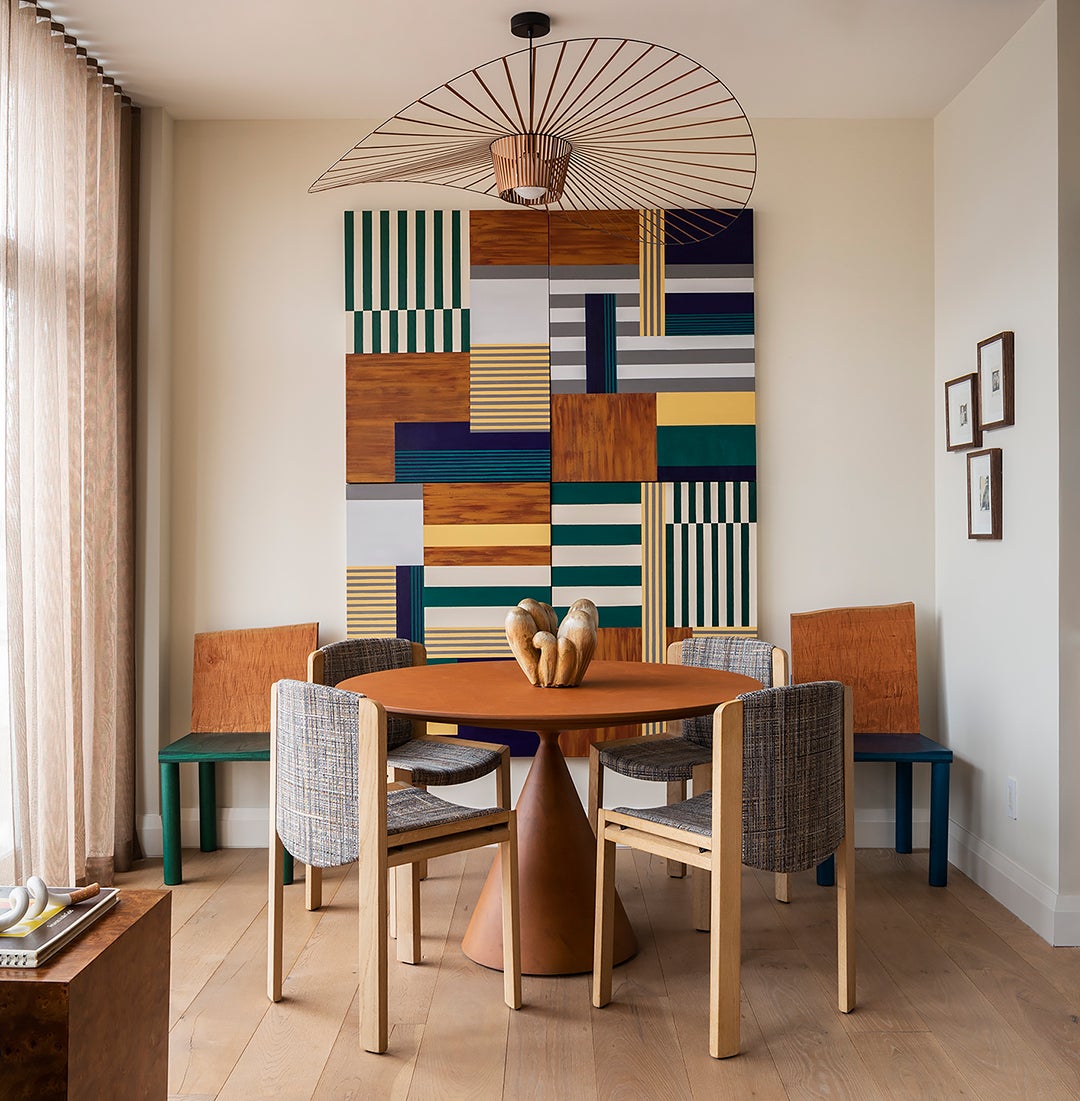 In 2018 architect Lindsay Weiss sold all of her furniture—except her mattress. Sparked by a breakup and the desire to completely transform the two-bedroom Carroll Gardens, Brooklyn, apartment she originally purchased back in 2008, Weiss ditched the basic white-box look for a whimsical and playful space filled with clever built-in storage and large-scale art. “One of the most notable features was a gray accent chalkboard wall,” recalls interior designer Noah Turkus, who helped with the revamp (the two founded Weiss Turkus Projects six years ago). Replacing the dust-gathering surface was an instinctual move for the architect. “I had the benefit of living there for a while to understand how I used the space, where I needed storage, and where I wanted to let it breathe,” says Weiss.

One of the first decisions for the renovation was choosing a mix of dynamic materials. London-based brand Dzek’s Marmoreal terrazzo (a large-aggregate, precast marble with rich blue, green, and terracotta tones), now seen in the kitchen, set the road map for the entire palette. Navy, pulled from the surface, is seen in the Moooi living room sofa and custom pillows covered in Pierre Frey and Pollack fabric, which is further echoed in the unique collection of sculptural works on the floating kitchen shelves. Wide-plank European white oak flooring and the Marmorino plaster entryway wall, fabricated by Lillian Heard Studio, provide a soothing backdrop for Weiss’s quirkiest finds, like the Lady Gaga candle she discovered at a local consignment store, displayed near a 1950s Stilnovo three-tier candy dish.

The snoozy drywall closets, which Weiss never liked, and too many doors, which closed off the bedrooms from the rest of the apartment, were obvious issues she solved with custom millwork. For the former, Weiss tasked Peg Woodworking with making tactile versions out of woven cotton cord. The latter was simply a matter of going from swinging ones to a pocket system. “It has brought more light from the bedrooms into the hall,” says Weiss. “Even though it’s subdivided, it feels like one big area.” The bedside table in the primary bedroom, a sculptural piece from Molteni&C, even has hidden storage, while the secondary bedroom’s millwork includes a versatile retractable desk.

Weiss’s long-awaited project also offered an opportunity to bring in storied pieces. “We have so many clients who don’t want to use vintage, as it reminds them of something they may find at their grandmother’s house,” says Turkus. For instance, his favorite find is the ethereal, elasticized Bruno Munari Falkland hanging lamp in the living room, which evokes different moods throughout the day, casting light and shadows throughout. “After a long day of being on my feet all day, shopping in the city, the first thing I do when I get home is drape myself over my sheepskin Petra chair in my living room,” says Weiss. “It’s even big enough to share with my dog.”

In the dining room, Weiss went for a Marc Krusin Desalto clay table and Joe Colombo oak dining chairs. A colorful geometric painting, done by Weiss’s artist mother, Dale Weiss, adds a personal touch. “She likes to work on a large scale,” explains the architect. “This piece is four canvases all screwed together in the center. I brought home a sample of the terrazzo countertop and had her come up with the pattern.” A pair of works from her mother’s seven-part series from the 1990s hangs in the entryway—Weiss and her brother posed for the paintings as children. “They worked fabulously with the palette, and I chose those two because they are also conceptually very relevant for today,” she adds.

The apartment, which once had striped yellow oak cabinets and a minimalist feel, is now an encapsulation of Weiss’s creative experiences. And she can sleep easy now—on that mattress that stuck with her through it all—knowing her home is exactly how she always dreamed it would be. 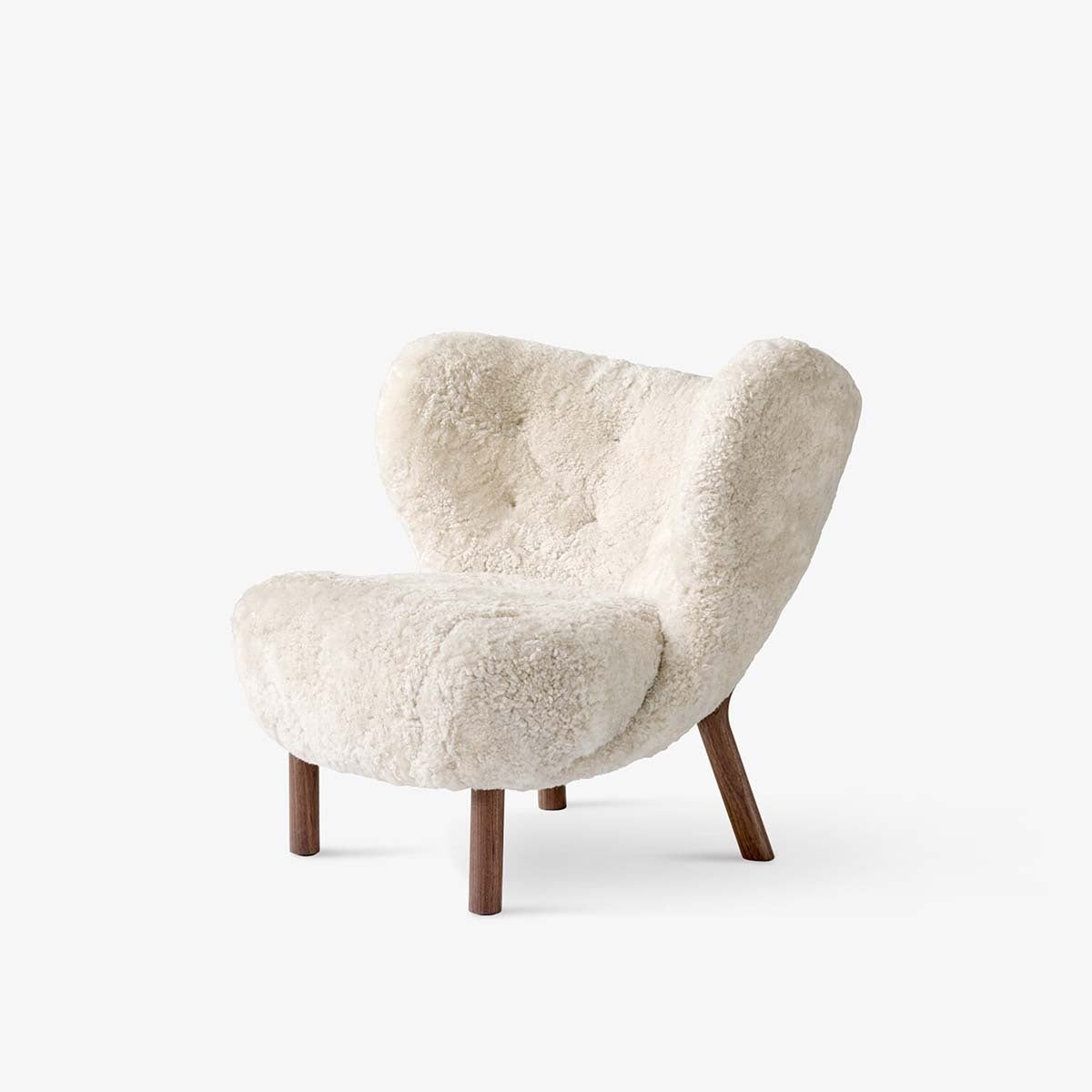 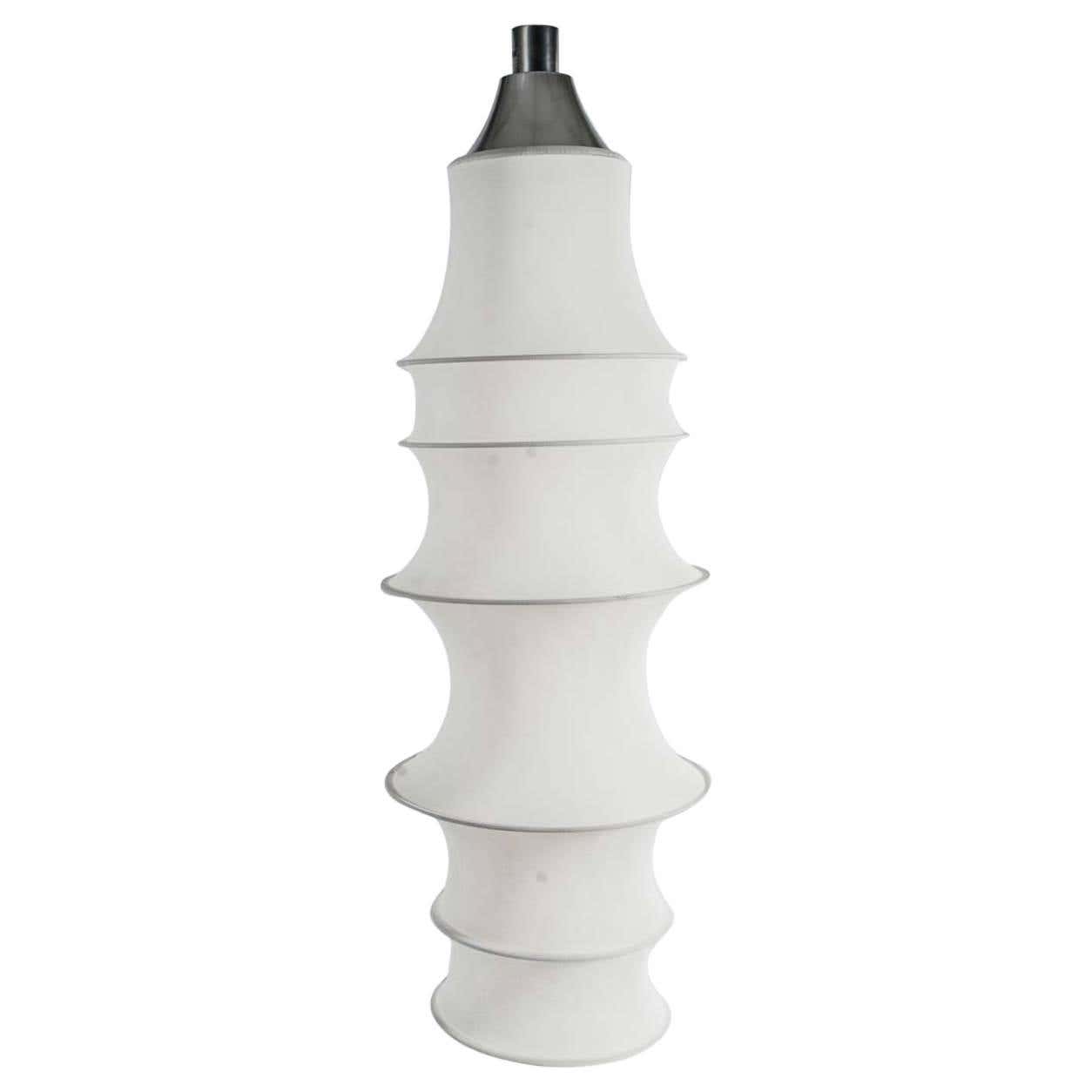 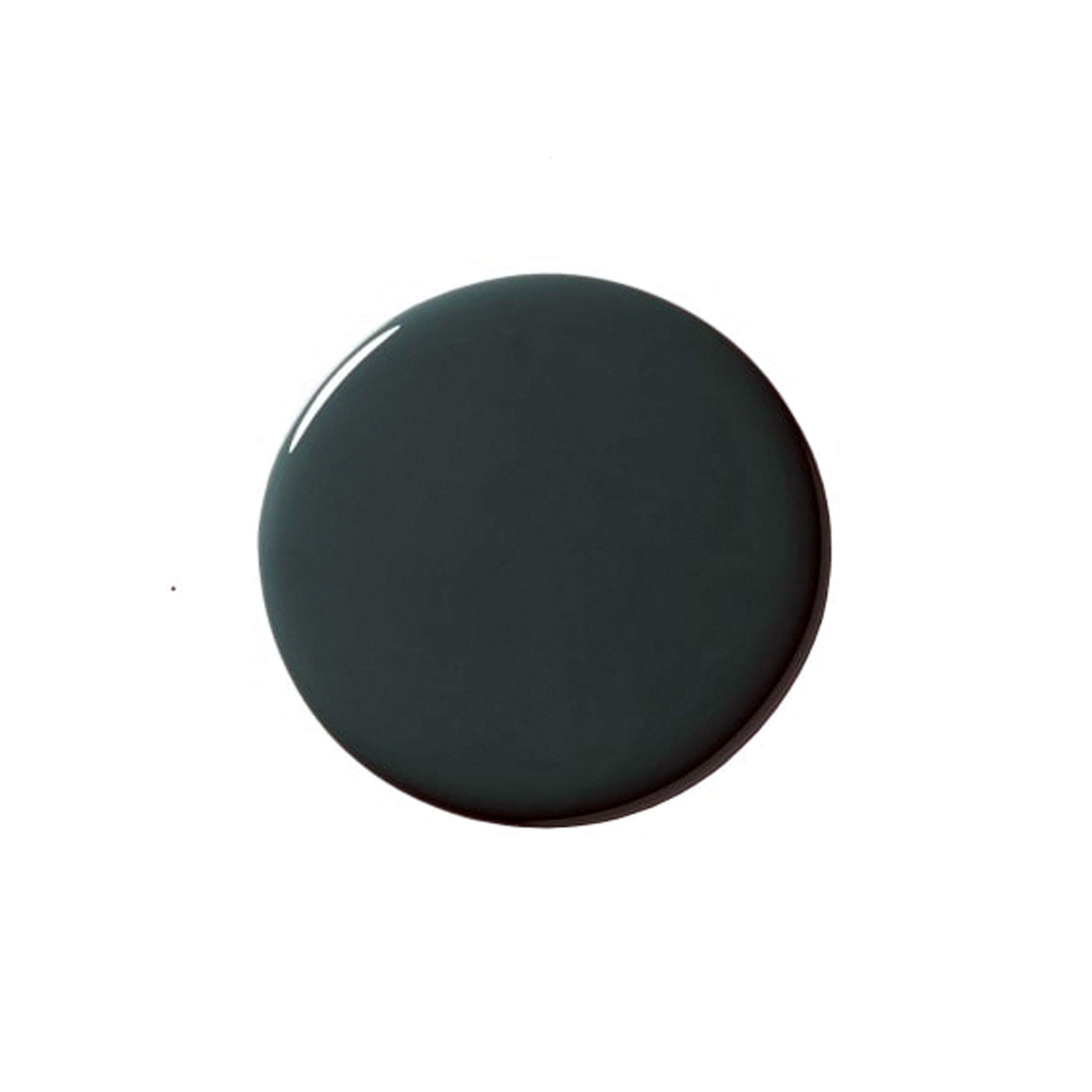 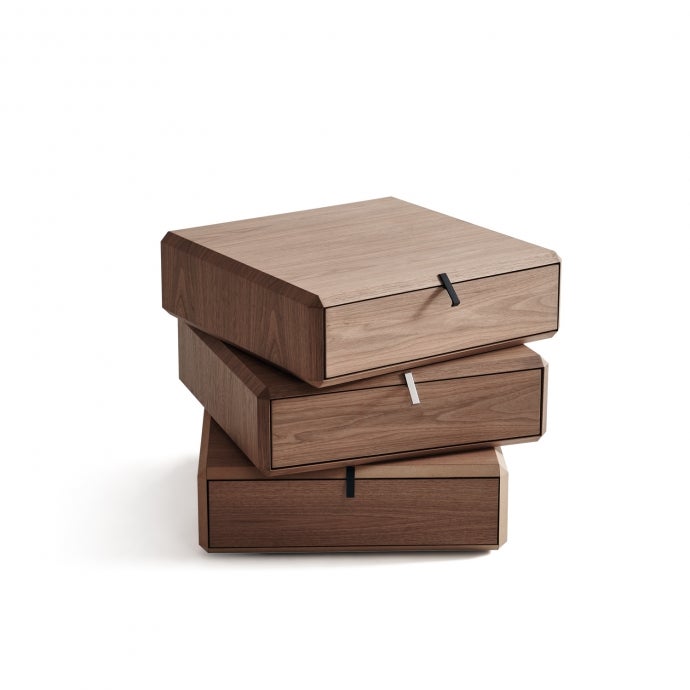 Vintage shop worth obsessing over: We love Somerset House because it’s a terrific collection of well-priced pieces that cropped up in a place where no vintage existed.

Favorite local home source: Homenature has a great curation that goes so well with either a new or vintage home vibe.

Where I buy gardening supplies: Natty Garden is a neighborhood gem, offering all things any green thumb needs.

Most frequented decor website: Danish Design Store has compiled furniture and accessories from so many great designers.

Biggest splurge: I was shopping for a client in Chelsea and a Sarah Anne

Johnson collaged photograph kept stalking me everywhere I turned. I couldn’t get it off my

mind. I bought it shortly after!

The save that balanced it all out: Reusing leftover countertops to add pops of detail to the other millwork.

Textile in my home that is so me: The handwoven closet doors by Peg Woodworking’s Kate Casey add this old-world element that ties together the patterned bed pillows, embroidered headboard, and sculptural bedside table.

If I could go back in time…I’d not hesitate before making decisions. I would just jump in faster and trust my instincts.