The 10 Best Things to Eat in New Orleans

In the spirit of Mardi Gras, get the scoop on NOLA's can't-miss dishes! 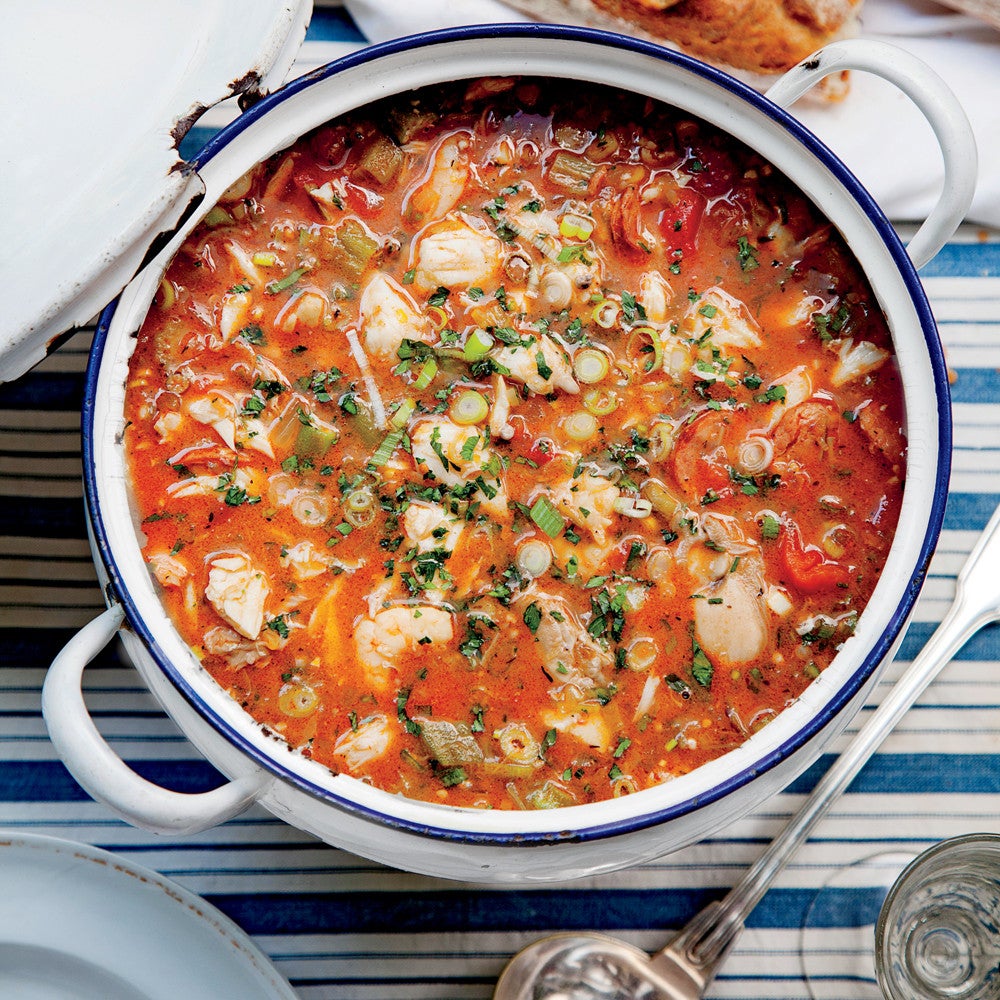 Mardi Gras is just around the corner, so naturally we’re thinking of the most important part of any holiday: the food. With its incredibly unique character and festive spirit, there’s no better place to celebrate Mardi Gras than in New Orleans – a city with a food culture that’s famous in its own right. Whether you’re headed to The Big Easy to participate in the Mardi Gras festivities firsthand or celebrating in spirit from afar, we’ve rounded up 10 of the best NOLA dishes and how to recreate them at home. See for yourself.

This sandwich has a history almost as renowned as the sandwich itself. Po’ Boys originated during a Great Depression-era strike, when bakers and brothers Bennie and Clovis Martin created the sandwich to hand out to streetcar conductors on strike, AKA “poor boys”. Characterized today by bread that’s equal parts crispy on the outside and soft on the inside (plus, by the wide variety of available fillings ranging from seafood to meat) Po’ Boys are a NOLA staple. Make sure to try Domilise‘s famous “half and half” Po’ Boy —half shrimp, half oyster— the next time you’re in New Orleans.

Otherwise known as light, fluffy pillows descended directly from heaven, beignets are an absolute must-try for anyone visiting New Orleans. And there’s no better place to get these French-style donuts, dusted with powdered sugar, than Cafe Du Monde. The café has several locations throughout the city, but for the most authentic experience be sure to go to the Decatur Street location. You’ll have to brave long lines and hoards of tourists, but it’s definitely worth it. Get your beignets with an order of cafe au lait and enjoy them outside at the nearby Jackson Square.

You may be hesitant to try anything known as a “mud bug” (the New Orleans term for crawfish), but don’t be. Crawfish are essentially a NOLA religion and are heavily featured in several dishes. One such dish is étouffée, a thick roux-based stew served over rice and stuffed with crawfish. Be sure to try this hearty dish at the Bon Ton Café, a Big Easy mainstay since 1953.

A list of must-have New Orleans eats would be incomplete sans a mention of gumbo. This NOLA classic is synonymous with the city itself and is a great example of its multicultural nature. The stew has an okra base and is typically served over rice, but the consistency ends there: there are heaps of variations on the beloved dish, from seafood to meat to vegetarian, and too many good restaurants in the city to choose just one. For a traditional take on the stew, head to Dooky Chase or the French Quarter’s Galatoire’s.

Jambalaya is another dish that has several variations, but the bold flavor and perfect spice is present any way you sample it. We recommend you try it at Coop’s Place, a French Quarter staple as unpretentious as the dish itself. Jambalaya is Louisiana’s take on Spanish paella, consisting of meat tossed with rice and vegetables in a well-seasoned dish. It always includes some form of sausage in addition to another meat or seafood.

Fans of this dessert are in luck: Brennan’s Restaurant, the creator of this famous dish, still stands today in the French Quarter. The decadent dessert includes bananas and vanilla ice cream served in a brown sugar, cinnamon, and rum sauce. It is then flambéed —at Brennan’s this happens tableside for the ultimate show-stopping, dining experience— to produce a caramelized concoction that’s the perfect finish to any meal.

Chances are you’ve heard of Po’ Boys, but there’s another New Orleans sandwich that should be on your radar. Muffuletta is an Italian sandwich that was invented in 1906 at Central Grocery. It features Italian cold cuts like Genoa salami and Capicola ham as well as cheese and a unique “olive salad” spread, but the perfectly savory filling isn’t what first catches your eye. That would be the rounded 10” loaf of bread that one singular sandwich is served on, both perfectly light and massive. Bring your appetite and a friend to share with.

This Cajun staple is heavily featured in pretty much every New Orleans dish, from jambalaya to gumbo. Originally from France, andouille is a smoked sausage made from pork and seasoned with all sorts of spices. This cornerstone of Louisiana cuisine is all it takes to add that extra element of authenticity to your dishes. If you’re in New Orleans, pick up some andouille at Jacob’s to add to your own dish or head to The Gumbo Shop for some of the best meals that incorporate the sausage.

This Creole comfort food may be reason enough to start looking forward to Monday. Traditionally served at the start of the week using leftover pork bones from Sunday night, this dish is cooked low and slow and presented over hot rice. Go to Mother’s Restaurant for the best remake of the meal. It’s become such a favorite that you can get red beans and rice pretty much anywhere in the city, any day of the week.

Finally, the king (we had to) of Mardi Gras delicacies: King’s Cake. New Orleanians take this dessert very seriously and typically only eat it around the actual holiday. Eaten at breakfast, in the afternoon, or as a dessert, King’s Cake is a sweet brioche pastry laced with cinnamon and topped with a glaze and colored sugar. Each cake contains a small plastic baby that supposedly brings luck to whoever finds it, providing the perfect excuse to eat as much of this sugary confection as possible during your stay in New Orleans. Local favorite Manny Randazzo is the best spot to pick up your King’s Cake.