This Design Detail Made Buying an L.A. Craftsman Sight Unseen an Easy Choice

A nod to the family’s former NYC life. 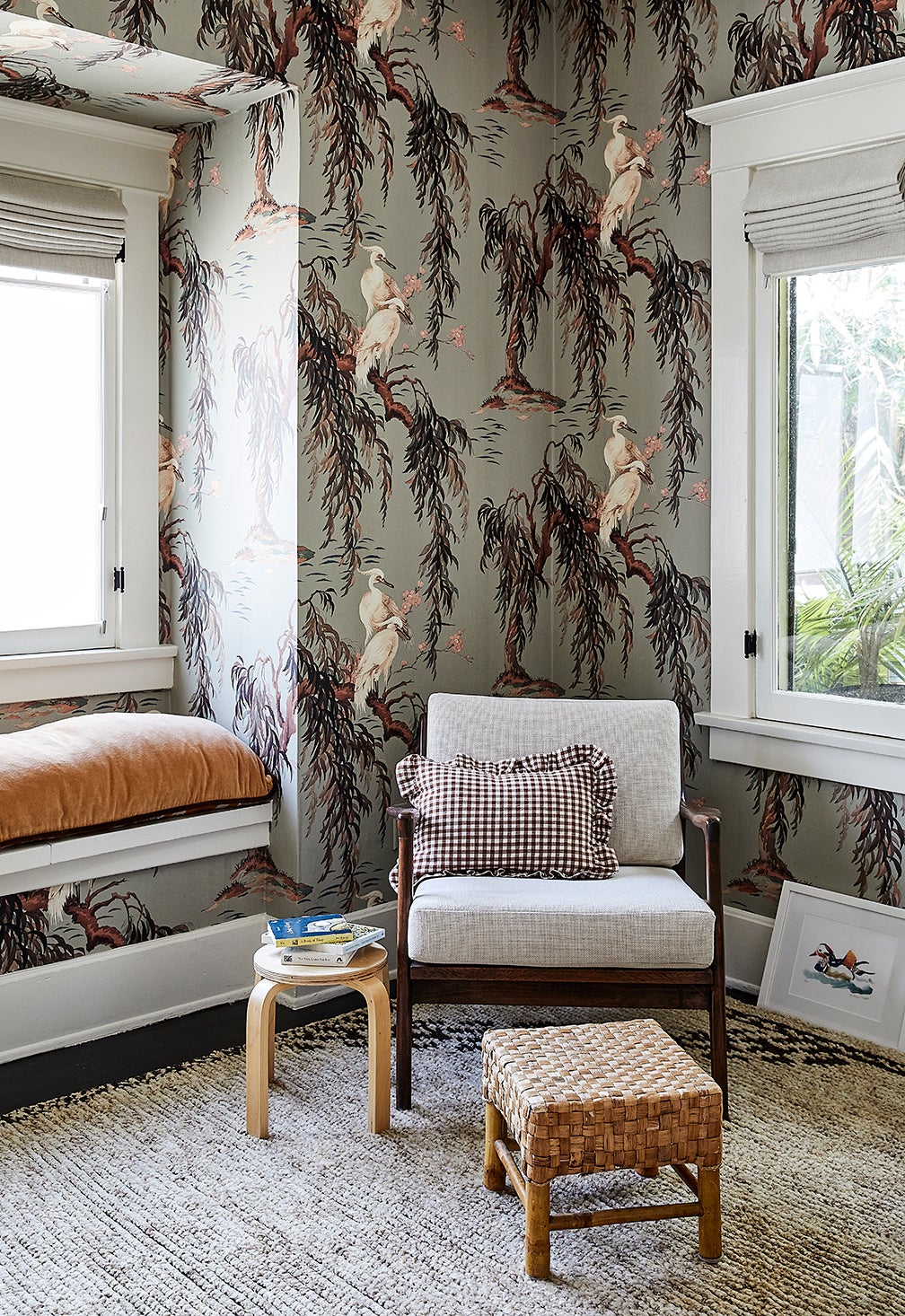 All Julia Kramer needed was a sign. While browsing Los Angeles real estate online from her two-bedroom apartment on New York’s Upper West Side, the former longtime Bon Appétit editor found one: a stained-glass peacock window in the dining room of a charming Craftsman in Koreatown. During the beginning of the pandemic, when everything in Manhattan was basically shut down, she and her husband, Zach Kaplan, would take their two young children to the Cathedral of St. John the Divine to visit the church’s three resident peacocks (yes, live ones). “I felt like it was meant to be,” says Kramer. After asking an L.A.-based friend to take a look at the place the day after it was listed, the couple made an offer on it, having never set foot inside.

In the six weeks between buying the house and moving in, the pair tasked Jamie Haller, a seasoned restorer of Craftsmans and shoe designer, to help bring some of the rooms up-to-date but also strip away features that didn’t belong there, like the built-in speaker systems in the living room and kitchen and the millions of recessed lights. “We pared all of that back and left the good stuff,” says Haller.

The most discouraging part of the house-hunting process for Kramer was seeing all the newly remodeled kitchens—she’d rather live without subway tile and open shelves. So the fact that this kitchen’s wood-everything had gone untouched was a second reason to jump on it. “I really don’t like a lot of other countertop materials like marble and granite,” says Kramer. It was also a bonus that the space was separate from the other rooms in the home. “When I cook, I like to be in my own space,” she adds.

Most of the work that happened in the kitchen amounted to nonobvious, restoration-based updates, like swapping out the awning window chains so they could actually open (even if it took three hours to track down the correct and historically accurate hardware). “Sometimes it’s about restraint,” suggests Haller. “Giving it the love it needs to function.” The designer also had a carpenter replace the track of the old-fashioned bread box’s garage door so it had some tension (before, it was a recipe for slamming little fingers). What the room lacks in modern amenities, like soft-close hinges, it makes up for in soul.

“We pared all of that back and left the good stuff,” says Haller.

The living room was a tedious project: The plaster walls had been covered in blue silk dupioni fabric and lined with braided cord trim, all adhered with 45,000 staples, estimates Haller. “It took a week just to remove them by hand,” she says. Now at the center of it all: Kramer’s prized vintage coffee table (a 1stdibs score) that doubles as a shrimp cocktail and champagne station during parties. The inverted center is the exact size of her ice bucket.

Haller had to start fresh with the lighting (the previous owners took the fixtures with them), but that doesn’t mean she shopped new. Her go-to source? “An amazing salvage shop in L.A. where they save lights from Old Hollywood celebrity homes,” she says. The antique sconce over the salvaged sink in the guest bedroom once belonged to Buster Keaton.

While most Craftsman homes feature red-orange Douglas fir, here it’s all dark, purple-hued mahogany—a wood tone that plays surprisingly nicely with hints of pink, like the original fireplace grout and new dining room walls, painted in a soft dusty lavender–gray shade. “When the light comes in through the window, it kind of glows, because it bounces off the wood,” explains Haller.

“It seemed like someone else’s really amazing life,” says Kramer.

Given the short renovation timeline, restoring the wood trim (much of which had been painted brown) back to its original glory was off the table—it would take too long. Instead the designer opted to paint it again, but this time in Farrow & Ball’s dark navy shade, Railings.

But in the main bedroom, they went with a much softer palette, turning the former purple walls cream. “I am usually drawn to maximalist patterns and colors, but when Jamie mocked up serene, neutral versions of this room, I was like, oh, my gosh, I want that,” says Kramer. “It seemed like someone else’s really amazing life.” In addition to carving out an extra closet so there are two on each side of the bed (they stole some square footage from one of the kid’s rooms), they added a built-in reading nook with a tufted cushion—a WFH spot Kramer frequents.

In the children’s bedrooms, Kramer and Haller practiced a different kind of restraint. They opted for allover wallpaper but in prints that walk the line between kid- and adult-friendly. “I’m not willing to give into my sons having ugly child spaces,” says Kramer. “I’m trying to postpone it for as long as possible and maintain my grip,” she says with a laugh.

The whimsical crane design in her youngest’s space is by House of Hackney, as is the floral print in the bathroom. “I was a little nervous about it because it’s a big room, but since there are so many built-ins, it breaks it up in a really nice way,” explains Kramer. Birds of all types have turned out to be her good-luck charm. 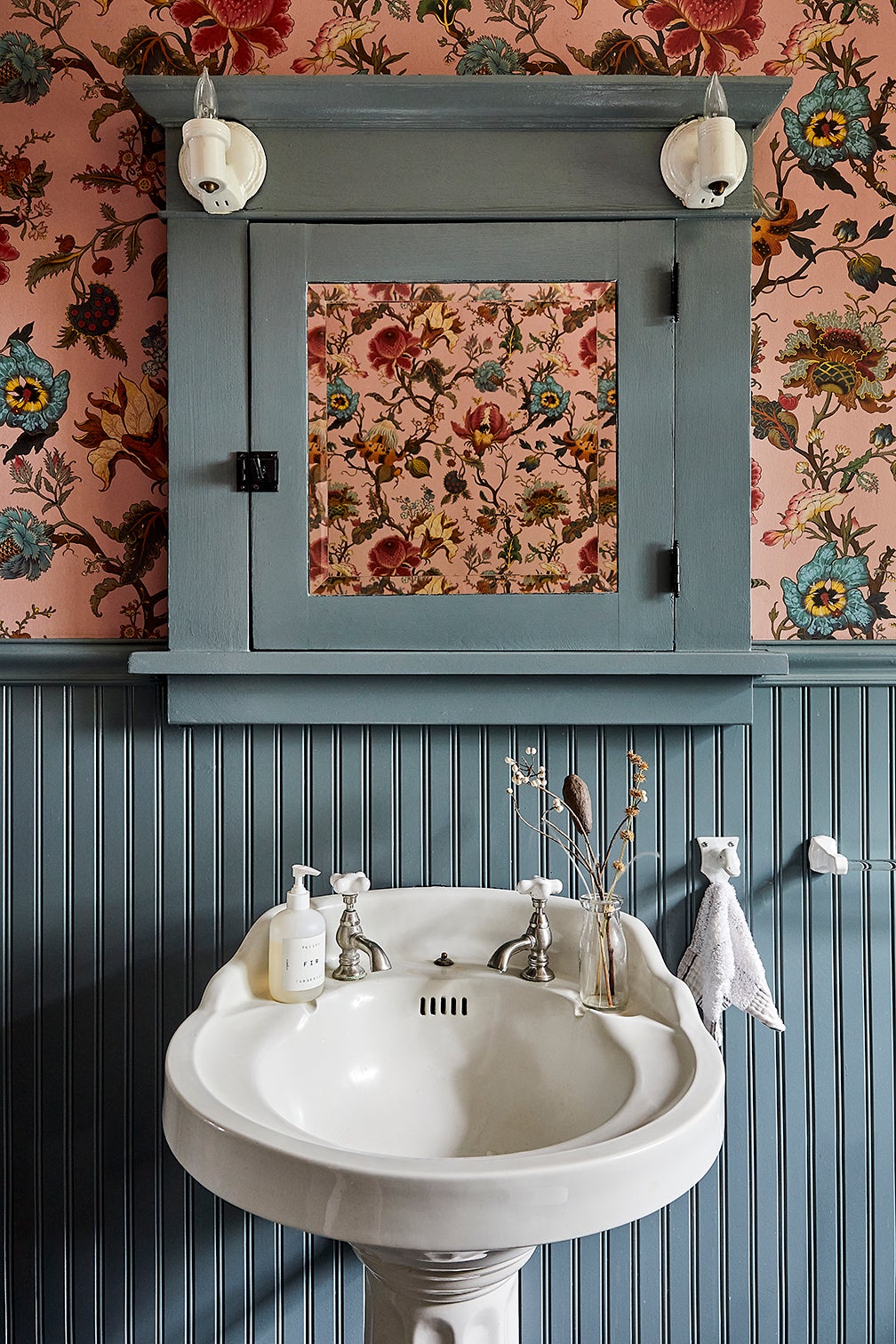 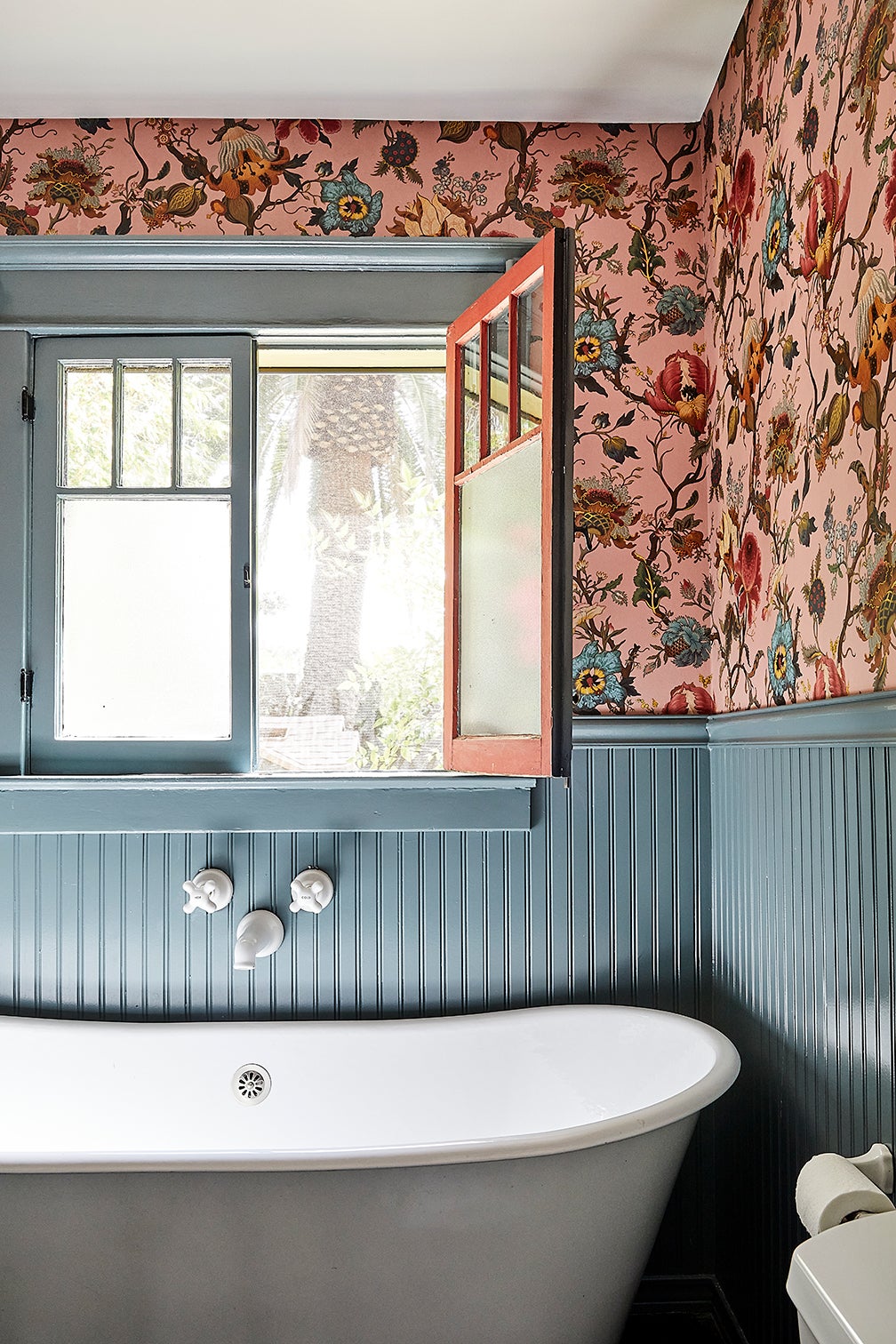