The challenge: Matching it to its Craftsman surroundings. 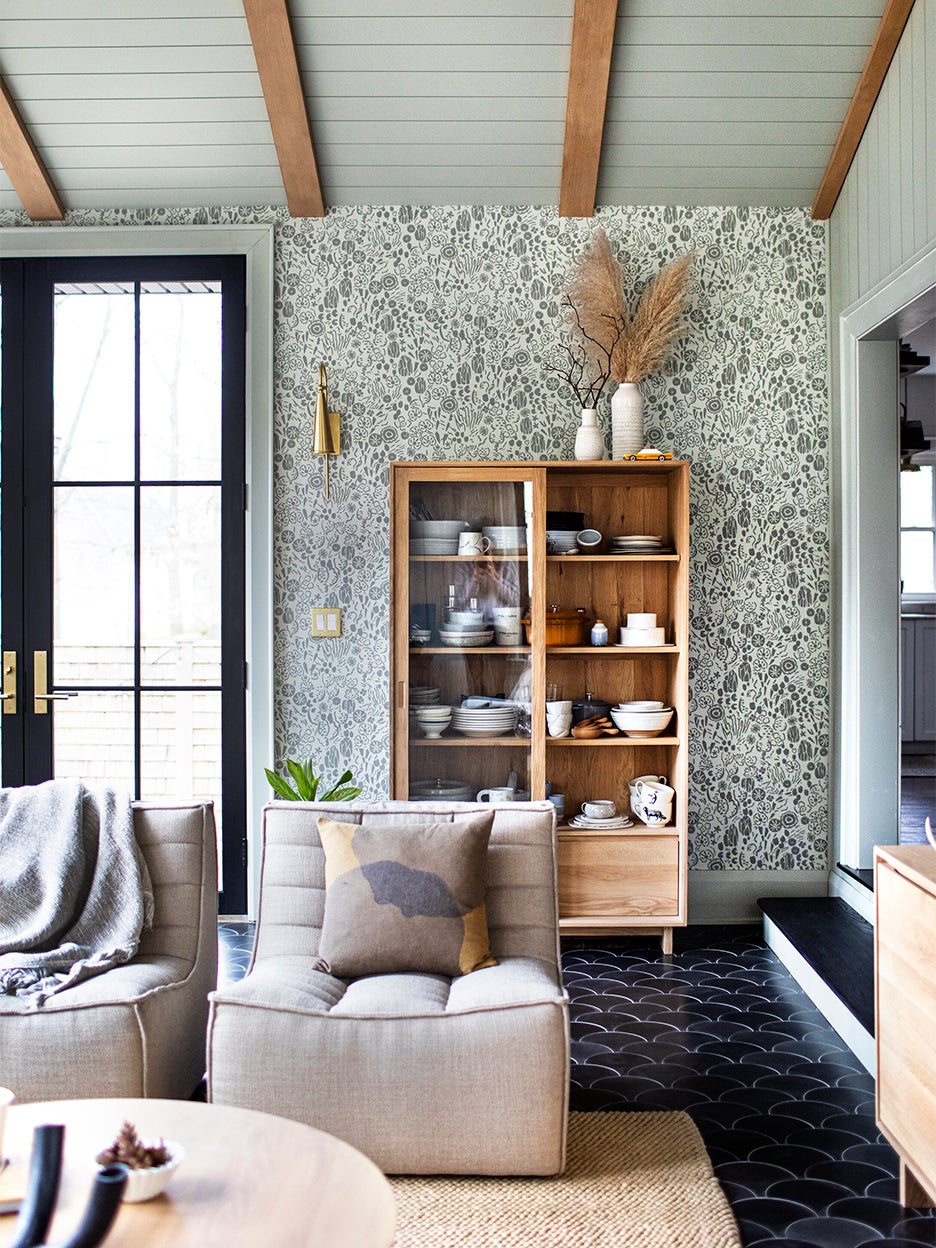 Marcella DiLonardo and her husband, Justin Jones, waited patiently for four years to have their dream sunroom. It wasn’t just that the couple wanted an extra space to hang out in. DiLonardo, an Ontario-based food photographer, blogger, and stylist, yearned for a naturally lit space where she could capture her latest recipes, plus store her umpteen dishes and table linens. As she puts it, “I wanted to build myself a studio of windows.” After saving for nearly half a decade, once their mortgage renewal was up, they reassessed their finances and made room in the budget for an addition that turned out to be more major (in a good way!) than expected.

Originally the plan was to add a small room (around 100 square feet with 10-foot-high ceilings, like the rest of the house) off the kitchen that was enclosed with large windows. But when DiLonardo reached out to Todd Barber at Forestgreen (a local architect she had been a fan of ever since she learned all her favorite buildings in Niagara Lake were designed by him), she realized that they could go bigger—well, really, higher. “I was adamant that the rooflines looked completely seamless from the outside because I don’t like it when additions clearly stick out,” she explains. Barber showed them that pitching the ceiling so that it was 14 feet high could achieve just that. “What I envisioned was nothing like this. This was 10 times better,” she adds.

Stay True to the Architecture

The biggest struggle wasn’t securing permits for the addition (the benefit of working with a local architect who’s familiar with the city is they can get the paperwork done quicker than an outsider). The challenge was making the architecture blend in with the rest of the Craftsman-inspired design (the home was originally built in 1928); plus, complicating things, there was a bump-out from a previous homeowner’s renovation.

To achieve a sense of continuity, they focused on cladding the new structure’s exterior in cedar shingles (just like the other more recent addition). They also added crown moldings and detailed millwork to tie it together, and opted for a round transom window, which is almost identical to the original one in the couple’s bathroom.

Bring in Materials With That Old-World Vibe

Because DiLonardo knew they’d be painting the walls and ceiling in a green-gray hue called Mizzle by Farrow & Ball, she opted for affordable MDF boards over real wood (you wouldn’t see the grain anyway) when it came to installing the shiplap treatment. But because Craftsman homes are known for their exposed wood details, she also brought in raw decorative beams. “We tried to bring in as much natural material as possible,” she explains.

While DiLonardo usually isn’t “a tile person,” she opted for cement fish scale pieces for the floor to really give the room that old-world feel (each one is handmade, so they all have different markings that give them some character). “I was adamant to get something that would match the era,” she says. Another nod to the past: the Atacama cactus wallpaper print from Farrow & Ball that was inspired by a swatch the company found in an old fabric mill.

Acting as the contractors for the project (DiLonardo sourced almost all of the materials, with the exception of Lynchwood Design and Build, which oversaw the construction and shingling process outside) meant the couple spent around 15 percent less than they would have had they gone with a pro. (That’s what happens when you avoid industry markup fees). “Aside from a few COVID-related delays, like the French doors and flooring, everything went well,” she says.

Wanting to make the Samsung Frame TV look like an actual work of art, DiLonardo mounted wall sconces on either side of it to really drive it home (she’d seen similar things done with real paintings). It was a risk at the time because they had to add the electrical before the walls were fully closed up.

Bringing in all that natural light did not come cheap—in fact, the windows and doors accounted for around one-third of the final reno budget, she estimates. And because her architect designed the openings to be 7 feet high (and the doors to be 9 feet tall), they couldn’t go with cheap options (they don’t make vinyl ones that big). So they opted for quality Andersen E-Series windows. “I didn’t want to ruin the whole room by not splurging,” says DiLonardo.

Let There Be Warmth

The gas Hearthstone Waitsfield fireplace, made in Vermont, was the second biggest expense. The pair wanted one with a vintage, 1920s look to it, so they opted for glass on all four sides. They didn’t run any venting in the room (or else they’d have to replace the furnace to heat another 300 square feet), so it paid off.

Looking back at the addition, DiLonardo feels it’s the best decision she and her husband ever made for their home. On one hand, she wishes they had built the space years ago, but on the other, she knows it wouldn’t look anything like it does today because they didn’t have the same budget. “I probably would have had to sacrifice a lot more,” she says. Including awe-inspiring photos of French apple cake and cheese-and-jalapeño cornbread.