Good design on a deadline. 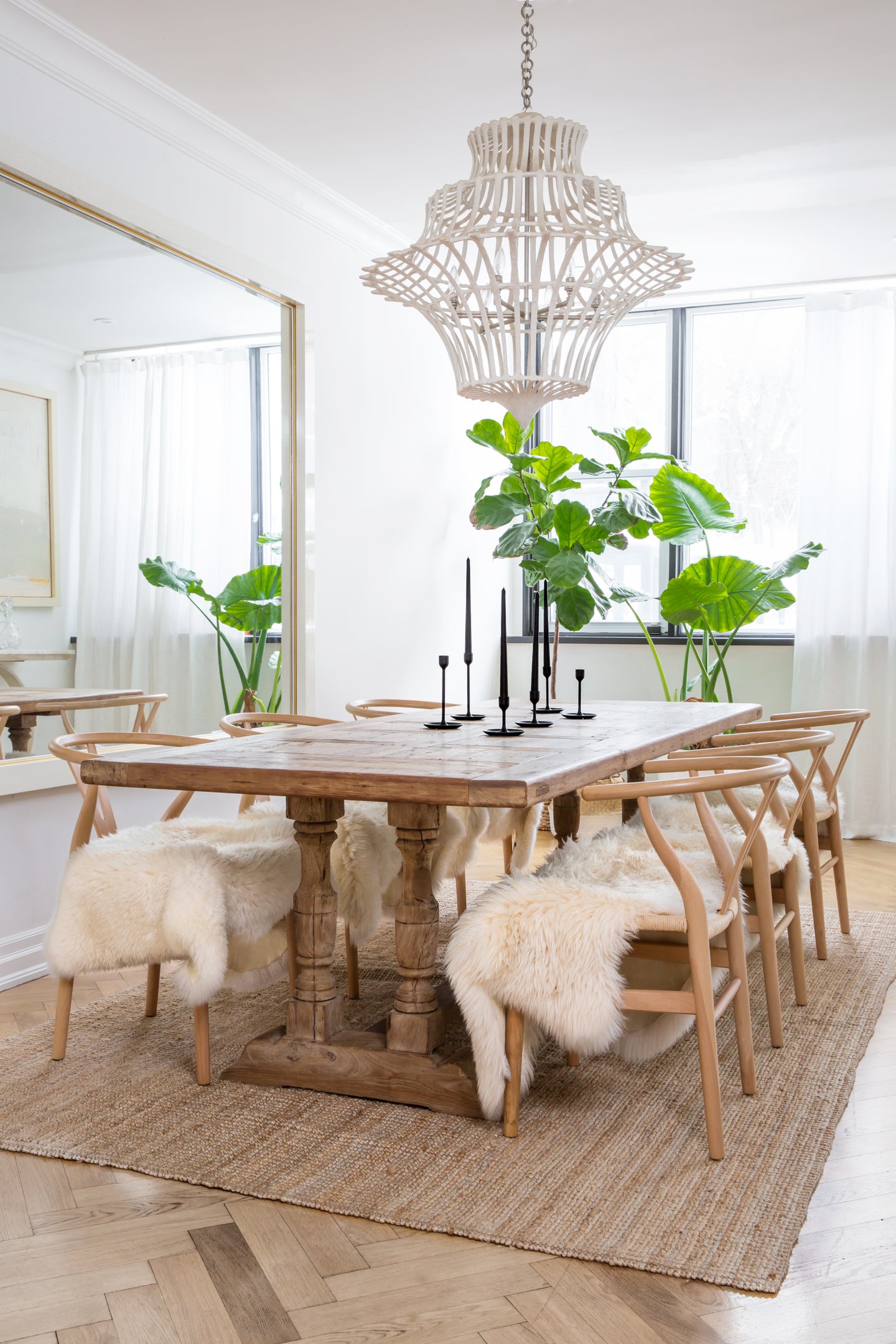 If you gave the average person four weeks to make over their home, they’d probably only get as far as the bedroom closet. But when your time-management skills are as foolproof as Toronto-based interior designer Ashley Montgomery, squeezing not one but two head-to-toe transformations looks easy.

“It was the perfect blank canvas to work with,” says Montgomery of her client’s Toronto home. With a new baby on the way, to say that Montgomery was working with a finite timeline would be an understatement. The designer was given four weeks to upgrade both the living and dining room, as well as a small breakfast nook off the kitchen, all while striving for a West Coast–cool aesthetic composed of sophisticated neutrals.

“[The client] wanted everything to have a California vibe: airy and clutter-free with a lot of texture,” she explains. “Cosmetically, there wasn’t much to do, which is one of the reasons we were able to do this in four weeks.”

While knocking down walls was wasn’t on the agenda, finding and sourcing items that were in stock and ready to ship was of the essence. Luckily, the real hidden gems were sitting right in front of her.

“I’m a big believer that everything can be reborn,” says the designer. While Montgomery loves a good throw pillow run to CB2 or West Elm, shopping her client’s own home turned out to be her best spree yet.

“You don’t really realize what you have until you bring someone else in to look at your space,” she says. “Sometimes you have enough stuff. It’s just a matter of giving it a new home. I do this with myself, like, ‘What if I moved this chair to this room or hung this over there?’ It’s a bit of a domino effect.”

One of these pieces was the leather back chair that now sits snuggled between an IKEA shoe cubby and the side entrance. Her client hadn’t been in love with the chair, but Montgomery saw the potential to reupholster it.

“I find that bringing in pieces that have a story and have a little history to them adds so much depth and character,” she says.

The statement console table that now enjoys a prized spot front and center in the dining room also used to sit elsewhere. When Montgomery noticed that it wasn’t getting the loved that it deserved in the hallway, she gave it new life as a makeshift bar.

In the living room, the homeowner’s existing wood coffee table now doubles as an anchor for two new white sofas and a large jute area rug. If there’s one major decorating lesson to take away here, it’s that layered and cluttered are two different things.

“We didn’t bring in a lot of furniture, but the pieces that we did bring in were substantial enough to hold their own,” says Montgomery of sticking to classic basics. Warm taupe accessories and hints of inky blacks gave the primarily white space the dimension it needs without getting in the way.

Sticking to the strict timeline wasn’t Montgomery’s only point of concern. To keep on track with the budget, the designer played up highs and lows in the dining room, pairing an impressive antique table (the splurge) with wishbone chairs from Structube (the save).

A large custom mirror, once intended for a different room in the house, instantly brightened up the room.

“She toyed with the idea of moving it in the master bedroom, but we loved how it opened up the space in there,” says Montgomery. “Before, she had dark, heavy drapes framing the windows. We swapped them out for plants, and it instantly brightened the space up.”

In the breakfast nook, Montgomery swathed the existing built-in bench in a high-performance Crypton fabric for a baby-proof touch and added new throw pillows for added comfort. Even when the snow falls outside, a large print by local Toronto artist Christine Flynn promises warm-weather vibes.

If This Storied California Home Is What Downsizing Looks Like, Count Us In

Inside the Eclectic Brooklyn Home of One Badass Couple