Meet the Former Lawyer Behind This Soon-to-Be-Everywhere Glassware

Inspired by her grandmother’s collection. 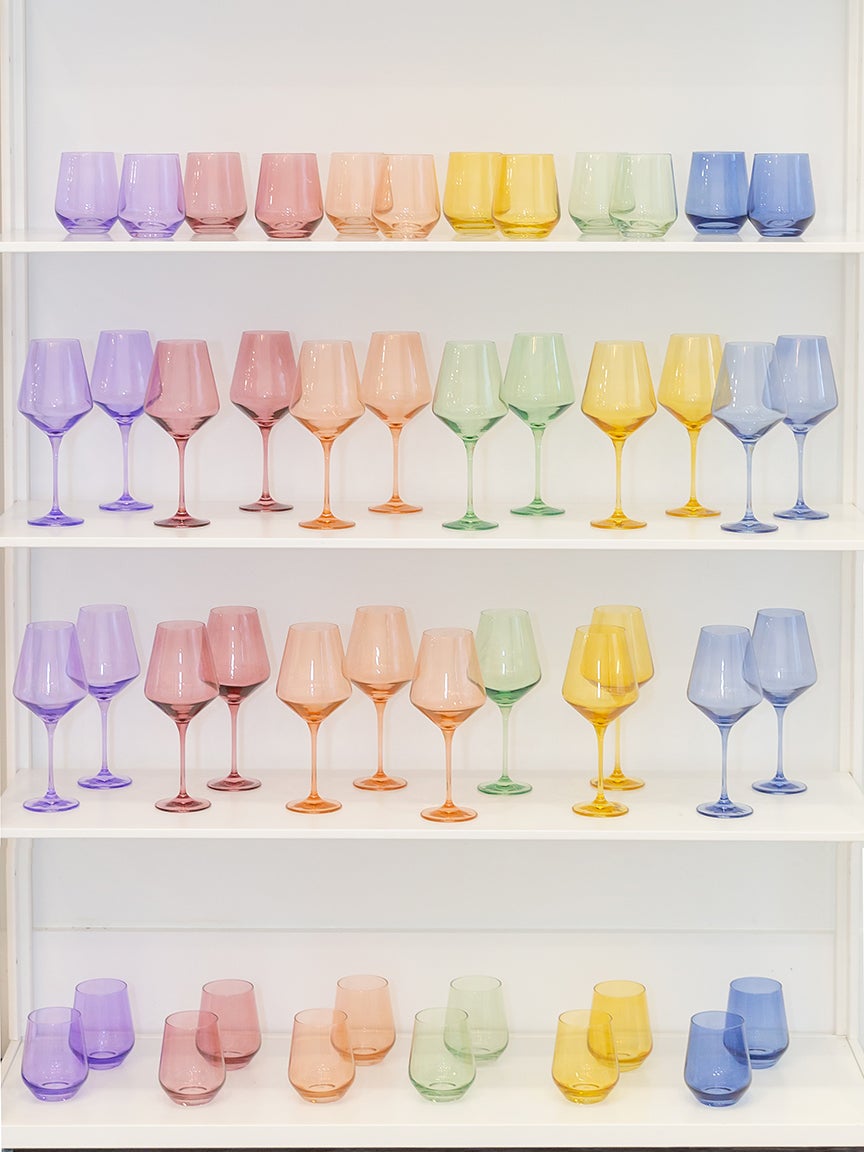 Stephanie Summerson Hall grew up a street over from her grandmother Estelle’s house—a place where she always knew she would be greeted with a warm hug and a homemade meal, even if she showed up unannounced. This was where she and her family enjoyed special Sunday dinners and homemade desserts after church, and where they admired her grandmother’s vast collection of colorful glassware, filling two whole china cabinets. It’s these memories that Hall had in mind when she decided to start her own collection—and eventually launch her company, Estelle Colored Glass.

But that process happened after she already built an entirely different career: Hall practiced business and corporate tax law in the Washington, D.C., area for 10 years, after graduating from law school in 2000. In 2005 she started her first side hustle—a wedding rental company, Ruth’s House Event Rentals, that her parents oversaw. But five years in, she realized that she needed to choose one path over the other, so she became a full-time entrepreneur and shortly after launched her second company, Wedding Flowers for Rent, with her sister.

The idea for Estelle Colored Glass was something she thought about for five years, before fully bringing it to fruition in 2019. “I was at a stage in life where I was building my forever collections,” she says. Inspired by her grandmother’s collections, she looked specifically for colored glass. “I wasn’t seeing anything that felt modern—it was all in the vintage market.” She started to research and found companies in America that had once produced colored glass—but many of those factories were now defunct. She discovered some that still operated with skeleton crews, and hired an industrial designer to help her create her first model—a cake stand—but none had the capacity to actually produce her design. Her research led her to a factory in Poland that had been in business for more than 100 years. It could produce her cake stand—and plenty of other things. So she decided to make some glasses, as well.

“It was a slow, ‘let’s redo it’ kind of process,” she says. “I started getting all these boxes with samples from Poland and placing them on a shelf, so I could see the color selections.” Hall formulated all the shades herself, pulling inspiration from unlikely places. Her favorite hue—a perfectly cool-toned lavender—was inspired by an Elie Saab gown.

From her Instagram account, it’s clear that Hall spots color everywhere she goes and in everything she sees—a powder blue Paris door or a soft pink ribbon. She loves jewel tones in particular, and launched Estelle Colored Glass with a good selection of pastels, too. Soon she’ll also add some moodier hues, like smoky gray and black, along with a modern decanter.

While color is Hall’s focus and the ethos of her brand, it wasn’t until she set up her first photo shoot in a mostly white space that her vision really came to life. She lined up dozens of glasses, arranged by color, on a wall full of shelves and organized some on a tablescape. “Just seeing it all made me think, Oh, this is really happening,” she says.

A full decade after making the switch to full-time business owner—or a “serial entrepreneur,” as she calls herself, Hall feels fulfilled with both the ups and the downs of her path; she’s a natural problem solver and loves seeing an idea through to fruition. “It’s really gratifying to know that you’ve created something truly out of passion,” she says. “It’s not a necessity, but it’s something that’s going to bring another person happiness. I wanted the pieces to be memorable and have personality—and hopefully become heirlooms.”

In Hall’s own space, she uses her glasses for celebratory occasions, when friends and family come over, and she continues the lessons her grandmother Estelle, also called Big Mama, taught her: That great home cooking involves both precision and improvisation; being a good hostess is all about organization; and even when your schedule is jam-packed with work, home is always a place for gathering.

In her dining room hangs a portrait of Estelle, painted by artist Lynn Riding and also used in Estelle Colored Glass’s logo. “My children love hearing stories about her,” she says. “And I love hearing them tell visitors about her.”