A Nursery Done the French Way: With Heavy Doses of Black and Florals

The Charleston designer drew on her heritage for that je ne sais quoi. 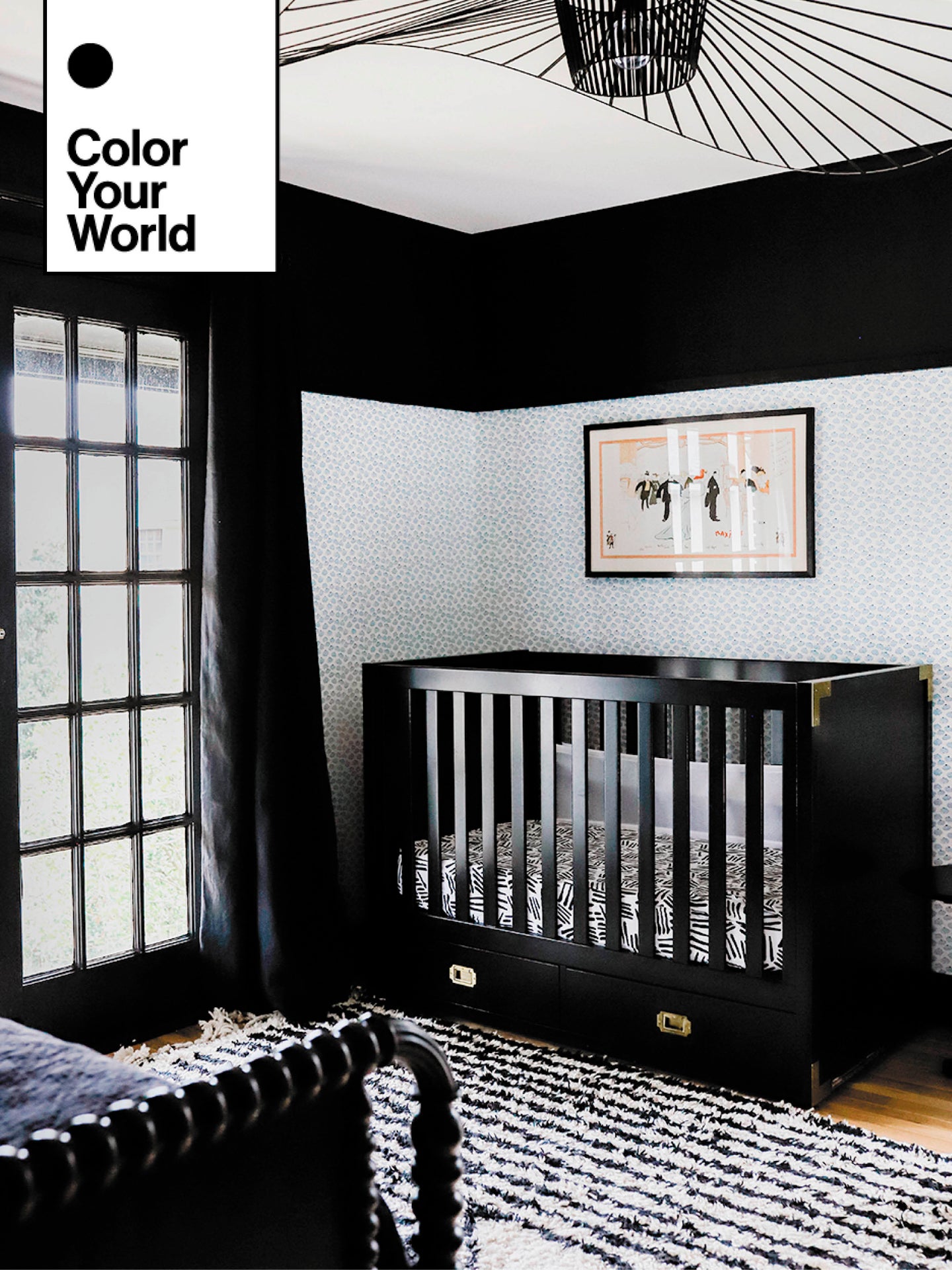 Paula Rallis’s 17-month-old daughter, Sterling, is already well on her way to graduating from her scooter to a skateboard. “She’s the most outgoing,” says the Charleston, South Carolina–based designer and owner of the shop Paula Rallis Home. Sterling has also grown accustomed to board sports thanks to her dad, who grew up surfing in Orange County, California. “We dress her in a lot of black, and she’s usually wearing Vans,” adds Rallis. Even before she turned 1, Sterling’s strong personality was apparent, so it only seemed right that Mom create a nursery for her that didn’t follow the usual tropes.

Rallis found inspiration for the bedroom’s color palette in a Cat in the Hat print she and her husband purchased in San Diego, the day of their first attempted surrogacy transfer. “We got it on a whim six months before we even found out we were pregnant,” she says. The hints of blue, white, and red proved to be a challenging combination to work with (she’d never used them together before), but Rallis quickly found the color to tie it all together: black. “I didn’t want the space to scream ‘a baby sleeps here,’” she explains. Sterling was always going to stand out from the crowd, but a powerful hue never hurts.

To pack an extra punch and bring out the blue in the artwork, Rallis covered the rest of the walls in Dorothy Shain’s Buttercups Blue wallpaper from the artist’s Heritage Garden Collection (to order by the yard, you can email the company directly). “It was a perfect match,” she says. Having never hung a permanent treatment before, Rallis called in her mother-in-law to help. “She’s an aficionada,” she says. The pair got the job done in a day, and Rallis learned all the ins and outs of the DIY, like how to cut the sheets by hand and that you have to wait for the glue to activate. “It was not the easiest process, but we’re still friends,” she says with a laugh.

Rallis got the idea to add molding along the top part of the wall from the Kelly Wearstler–designed Santa Monica Proper Hotel. “I thought it looked so chic,” she says. She tested out samples of bright green and pink in that spot, but it all felt too childlike and kitschy. Having already chosen a black daybed from Crate & Barrel and a storage-friendly Pottery Barn crib, she decided to go all in on the moody color by painting the molding and everything above it in Sherwin-Williams’s Tricorn Black. “That’s my go-to, along with Benjamin Moore’s Black Panther,” she says. “I’ve used it on cabinets, front doors, windows—everything.”

Bring in a Big-Kid Bed…for You

The daybed has come in handy for Rallis, who often uses the surface as an alternative changing table or a landing spot for folding laundry. “Sometimes I’ll feed Sterling on it,” she says. In the past, Rallis has even slept there when they had a full house of guests. “I highly recommend it,” she adds.

Give Everyone Some Eye Candy

Shain’s botanical wallpaper was the perfect backdrop for Rallis’s many French finds (she was born in the U.S., but her family is from France), such as the framed menu from Maxim’s over the crib, the dusty blue beret, the alphabet dictionary she had as a kid, and vintage Limoges boxes passed down from her mother and grandmother. The giant fanlike pendant light, which she carries in her store, is imported from Paris. “It kind of dances,” she says. “When I first hung it in there, Sterling would just stare at it.” It’s like a mobile, but adult approved, too.