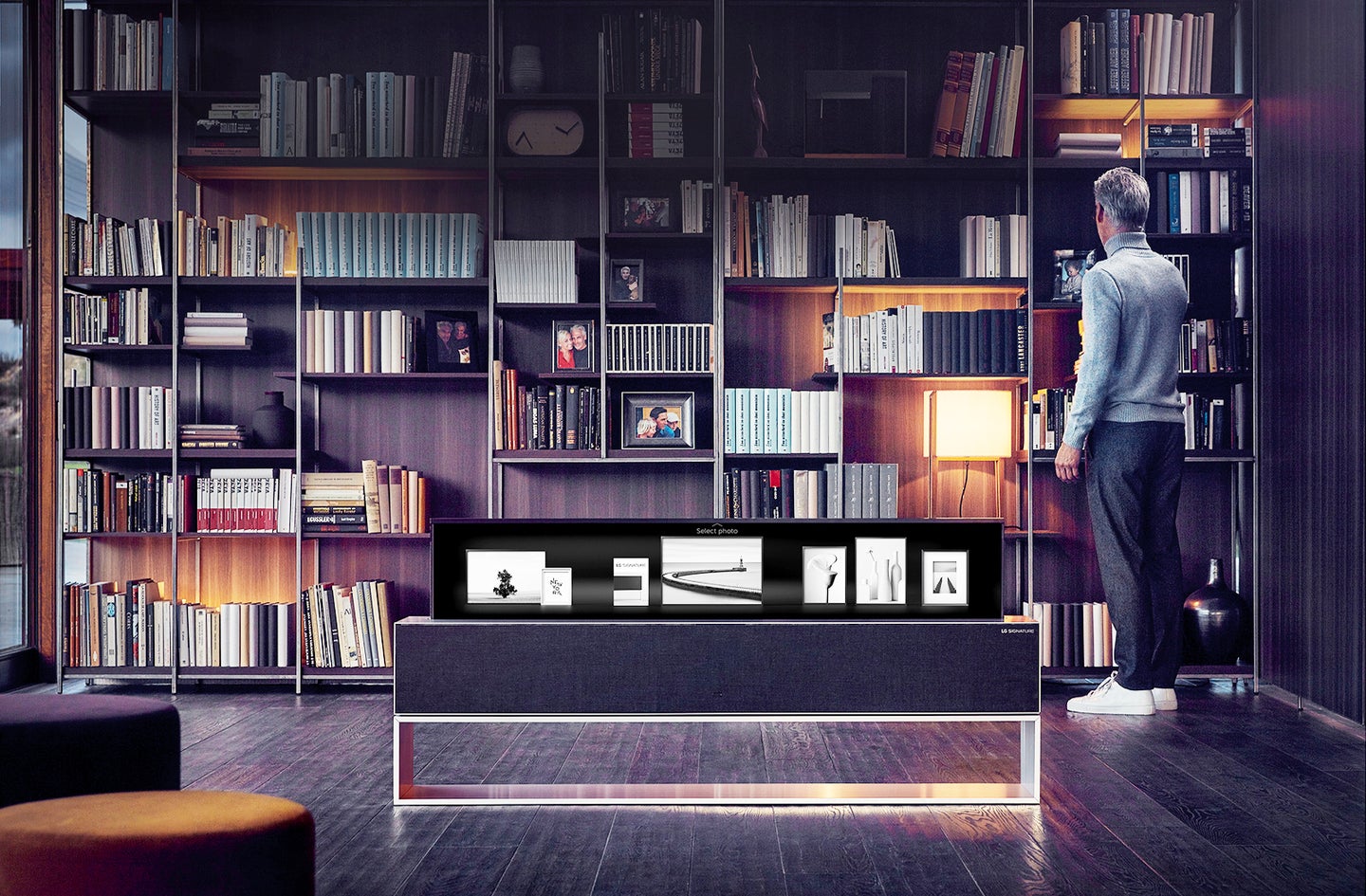 Here’s a tricky, though common, problem: You want a TV with great resolution, a large screen for movie nights, and perfect placement in front of a comfy seating arrangement, but you don’t want a massive black screen dominating your space when it’s not in use. Thanks to a new development by LG, there’s finally a solution.

Revealed this week at the Consumer Electronics Show (CES), the electronics brand’s new model of its high-resolution, flat-screen Oled TV features a base (that doubles as a speaker) into which the screen can roll up when not in use. With built-in Google Assistant and Alexa, the screen can be rolled up or down with a simple voice command.

The base itself is sleek and contemporary and can sit atop a stand or directly on the floor, so if you want to put your TV in front of a window, you won’t block your view anytime you’re not watching it. A partial view option also shows just a sliver of the screen on which users can see weather reports, display images, and use a home dashboard.

Expected to go on sale later this year, this TV is likely to come with a steep cost: Another (non-rolling) version of the Oled goes for over $1,500. But don’t worry if you can’t shell out for this major innovation—there are still plenty of ways to blend your TV screen in with your interior style.

The Hacks That Finally Saved Our Tiny Bedrooms