She hopes it will bring crafters together. 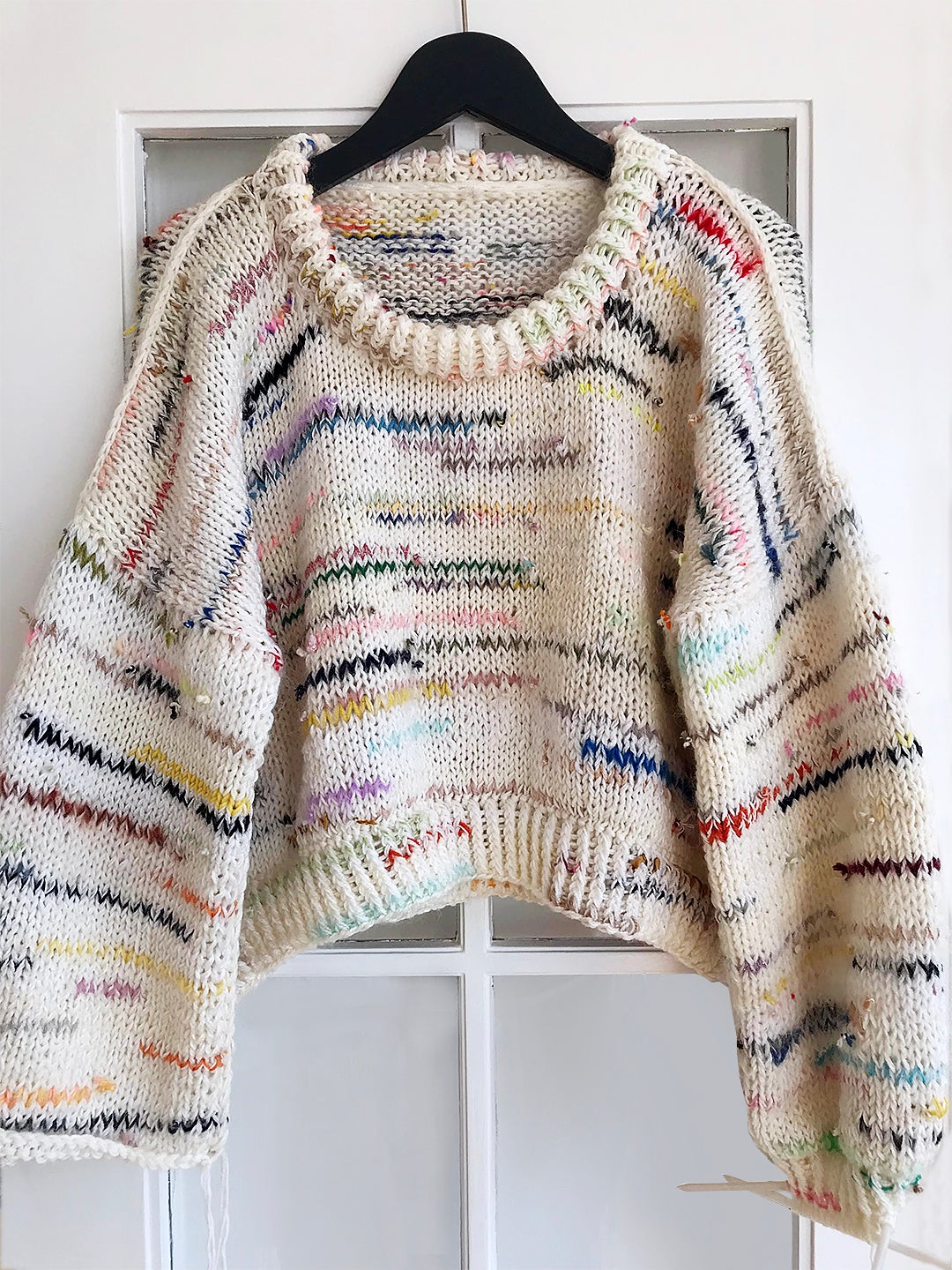 “I felt scared, stressed, and all other kinds of big emotions,” says Lærke Bagger. The Danish knitwear designer was busy taking care of her two children—a 4-month-old and a 4-year-old—when her country was effectively shut down in early March. Her boyfriend, a motion graphic designer for a public service television station, found himself with more work than ever, while Bagger, still on maternity leave, was feeling lonely. So she began to knit a sweater.

It started as another personal project, but then she realized that it gave her the opportunity to do something she’d never done before. She would release her first pattern (at least, her first under her own name)—and do it as soon as possible. “I felt like I had something to give, and I felt obliged to do so,” she says.

Normally, on a short production turnaround, a hand-knit pattern would take a month or two to create. But Bagger was determined to put hers out in a week. She got to work, piecing the design together in every spare moment she had. She wanted the sweater to make use of scrap yarn, so folks could use what they already have and it would be easily personalizable and not too intimidating for beginner knitters to tackle—all factors she hoped would enable as many people as possible to try it out.

Once completed, she shared the instructions in her Instagram stories (and saved them to her highlights) and saw that other knitters quickly made the project their own, posting their process shots and final results with the hashtag #AloneTogetherSweater—all of which she looks at after she puts her children to bed each night. “We are all knitting the same thing, but in different ways, in different places, in different colors—but nevertheless, we are doing it together,” she says. “Nothing brings relief like having a nice sweater to work on.”