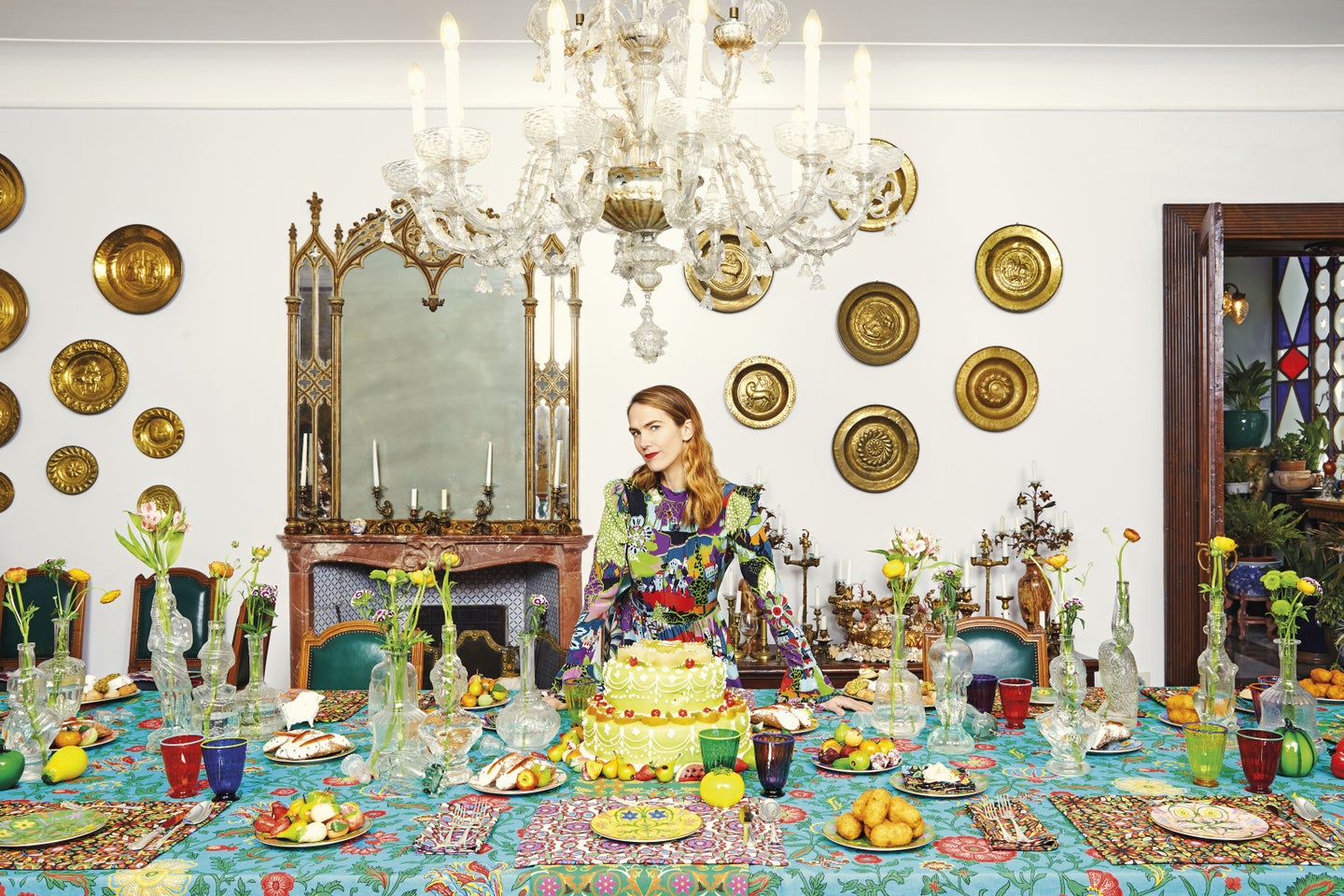 “The best Italian dinner parties are always a little bit rowdy and a little bit funny,” says J.J. Martin, the founder of La DoubleJ. As far as Italian entertaining goes, she knows best. More than 15 years ago, the former editor left America behind to marry an Italian and adopt the Milanese way of living. Every aspect of her experience since has been linked to her reeducation, of sorts: how to have the fabulous, carefree, bold, playful, and generous life of a typical Milanese woman.

“I was using my journalistic background to pierce under the surface of this incredible Italian lifestyle with a very Milanese focus,” she told Domino. “I interviewed all of these old-school madames, these legendary ladies. They’re the super-sophisticated housewives, and [I] got all their rules for living and dressing and entertaining.” Martin speaks passionately about Italians and their lust for life. The fast-paced world she left behind seems to pale in comparison to the vibrant Milanese universe she’s adopted as her own.

The picture she paints of Italian dinner parties is nothing short of idyllic: children running around in palazzos and lush gardens; endless bouquets of flowers showing up at your doorstep throughout the day; intricate displays of cheeses, olive oils, cakes, wines, and traditional recipes—many of them fried, most of them carb heavy—all collected from Italian madames, local trattorias, and extended family. Affairs are always grand and last for hours, with dozens of fabulously dressed people gathering, laughing, and eating. Everything is informal; everything is over the top.

From the very beginning, Martin was fascinated with embodying the true essence of the Italian woman. First, she learned about the beauty of vintage prints and turned them into the captivating printed dresses she would don for dinner parties and eventually sell online. At home, she was learning how to cook and entertain, so a dinnerware line followed suit. Today, La DoubleJ is quintessentially Italian in essence: exuberant and colorful.

Martin is now expanding her horizons beyond Milan to other regions of Italy. Earlier this spring, she hosted a pop-up event in Sicily at Mario Dell’Oglio’s Palermo store. The 10th-generation Sicilian and man-about-town welcomed her in style: in a large palazzo with 75 of his closest (fabulously dressed) friends, mountains of panelle, and endless local hospitality and charm. “Sicilians are the most welcoming Italians in the entire country,” says Martin. “They are the most incredible hosts you could ever imagine, and they’re so generous.” Ahead, the fashion insider shares everything she learned about entertaining like a true Italian.

The More the Merrier

“In Italy, the concept is the more the merrier,” says Martin. “No one wouldn’t think twice about bringing another friend to your dinner party, whether it’s a seated dinner for eight people or a buffet for 80. It’s just very much appreciated for someone to bring a friend. Whereas in America, I know friends of mine who would lose their minds if I brought an extra guest to their dinner party.” The Italians often plan dinner parties at the very last minute and are extremely laid-back in everything they do, which makes everyone feel at ease.

They also always have more food than necessary and always improvise. “They’re great at spontaneity, because they’re not big planners and they think on their feet,” says Martin. “It took me a while to get used to, but now I actually prefer it. I really believe that whomever brings extra people to my party is always an added benefit. It’s only a downer when you try to control it.”

It Takes a Village

“Women here don’t just develop a relationship with the people working inside their homes; they develop a relationship with the butcher and the cheese guy,” muses Martin. “One woman in Palermo served the best caponata, which is an eggplant dish from Sicily, and we asked her where to get it. And she goes, ‘My butcher’s wife makes it for me!’ You can’t go to the shop to get it, you have to ask your butcher’s wife to make it for you.”

“No one wouldn’t think twice about bringing another friend to your dinner party, whether it’s a seated dinner for eight people or a buffet for 80.”

The relationships that Italians build go beyond their food purveyors. The household staff becomes an extension of your family and knows exactly how to set the table and prepare meals exactly to your liking. Family, even children, are also involved in preparing the food, setting the table, and participating in meals that often last for hours. 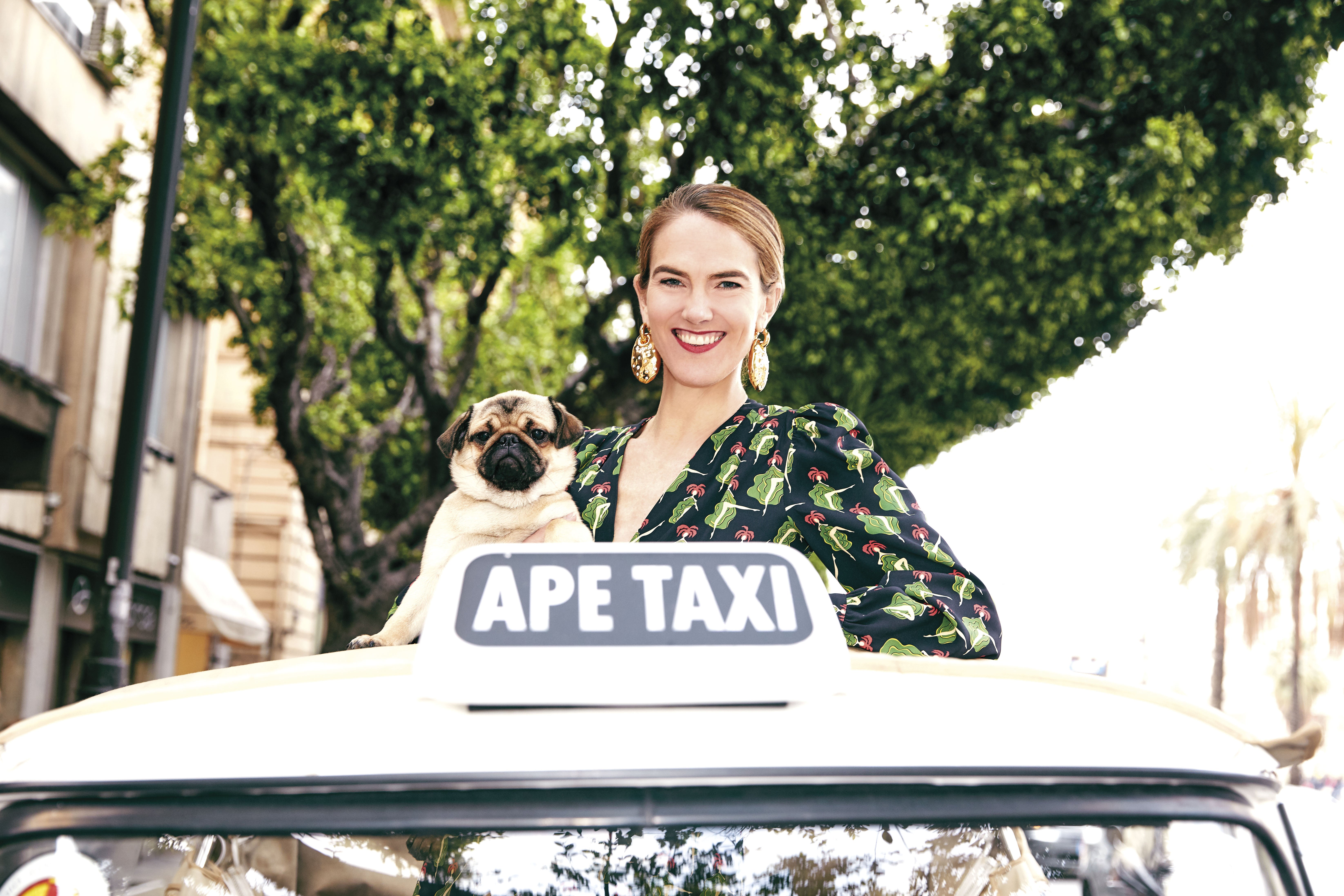 Americans like to bring wine to dinner. The French will often send a thoughtful bouquet of flowers the day after an event. But the Italians have a unique approach to gifting: “I host this Italian-American Thanksgiving every November, and I have 60 people at my house,” says Martin. “Half the guests send flowers to my house during the day so I have time to prepare them, arrange them, and put them around my house rather than everyone showing up with flowers when you’re totally crazed in the middle of the party.”

Dell’Oglio, the man behind the Palermo pop-up, brings a giant cassata cake to Milan each Thanksgiving. “The entire party goes crazy over this cake. He carries it on the plane each year directly from Palermo. It’s huge, bigger than a pizza box. And he’s so proud; it’s really, really cute. He is just the most fun-loving, fabulous Italian. He could not be more quintessential,” says Martin. She notes that no one in Italy would dare show up empty-handed. Her go-to gifts, naturally, stem from La DoubleJ goods: nylon pouches, espresso cups, printed napkins—but Italians are also known to bring a bottle from their yearly stock of olive oil or wine, often made by a friend or family member.

Focus on the Food

The food at Italian dinner parties is thoughtful and plentiful. “I learned the art of the aperitivo from the Italians,” says Martin. “It’s not just about doing cocktails and serving some nuts and chips. It’s like a mini meal that you prepare. They probably do it because they eat so late. I usually like to have an aperitif and then go to bed.” The art of aperitivo involves simple things, like huge blocks of Parmesan that lasts for months and fresh, in-season ingredients. Meals go on for hours. “Even the lunches that my mother-in-law makes are just endless. She has two kinds of pasta, then she’ll have a rabbit, then veal, then potatoes, then artichokes, then a green salad—it’s so funny,” adds Martin.

Martin, who didn’t quite know how to cook when she moved to Italy, has made  a habit of sourcing recipes wherever she goes. In Sicily, she picked up a pasta sauce recipe made from purple onions, tomatoes, olives, and local Pantelleria capers: “It’s literally the best sauce on earth.” Dishes vary by region, so collecting recipes is a great way to learn about regional cooking. “The food is so much heavier in Palermo than the food in Milan. In Sicily, they fry half of what they give you. But it’s so delicious that you’re like, ‘Bring it on.’ Everything is sort of exaggerated,” she says. Arancini, cannoli, and cassata are all Sicilian delicacies made, essentially, of fried carbs. If you needed one last push to make you throw in the towel and move to Italy, this is it.