Here’s how she’s taking it to the next level. 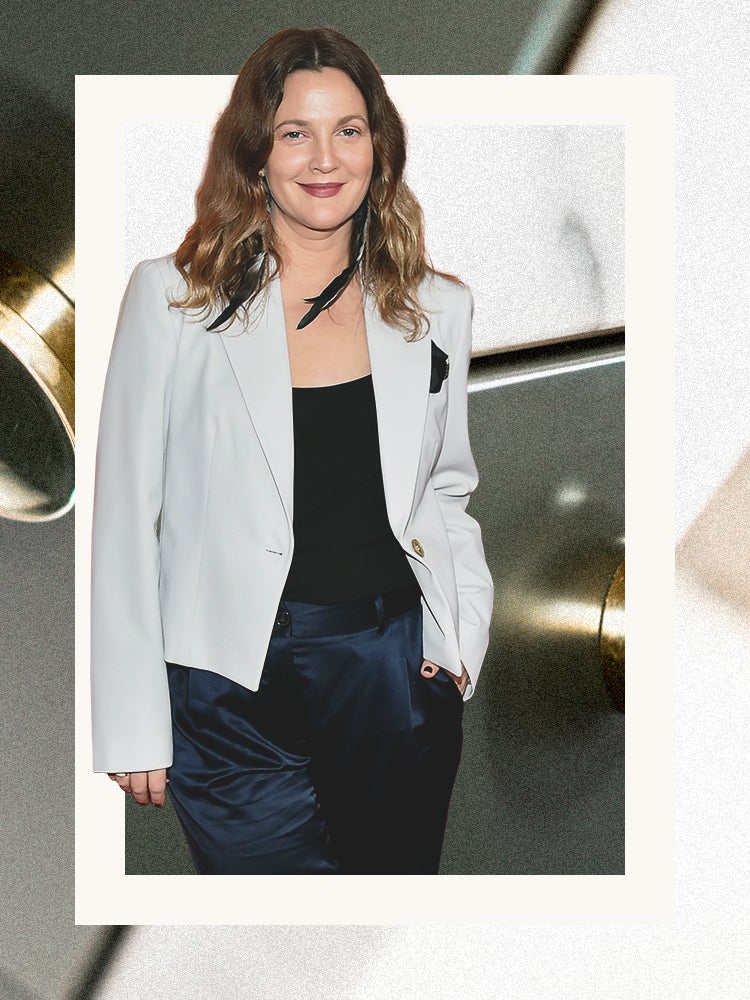 Mood boards aren’t just aesthetically pleasing—they will lead you to your final renovation. Because once you’ve pinned, collaged, or posted all your inspiration images and material swatches, you’ll start to notice trends. In some cases, it might be a strong pull toward rift oak cabinetry. Or if you’re Drew Barrymore, you’ll realize you want loads of open shelving.

The talk show host and interiors aficionado revealed her kitchen transformation last year on Instagram—including “before” photos of the drab brown space in question. Scrolling through her initial mood board, we couldn’t help but notice she was gravitating toward floor-to-ceiling built-ins that put every last platter and mixing bowl on display. But while it’s clear which side of the great open shelving debate she falls on, that’s not where the inspiration stops. Here are three more ideas pulled from her plans that, even a year later, we can’t get enough of.

Barrymore’s original mock-up shows that she also favors storage in the form of freestanding cabinets, preferably antique ones with cup drawer pulls. And for kitchen brand DeVol’s creative director, Helen Parker, it helps to think outside the box. The set of drawers next to her range is actually a vintage dresser she found at an antiques fair.

The swatches the 50 First Dates star used to revive her blah wood cupboards? Two of the hues from her Flower line: toasted almond and palm leaf green. But if that combo doesn’t strike your fancy, take a note from designer Lauren Stephens and try a subdued, tonal version of beige-green and moss green.

In addition to Barrymore’s ultra-accessible shelving solution, it looks like the actor mounted brass hanging rails below her windows so she can easily grab spices, scissors, towels, and whisks in a flash. Short on space? Attach a rail to your window frame like New York City creative Anna Page did. In her case, this fix blocks a not-so-lovely alley view and keeps her go-to tools handy.