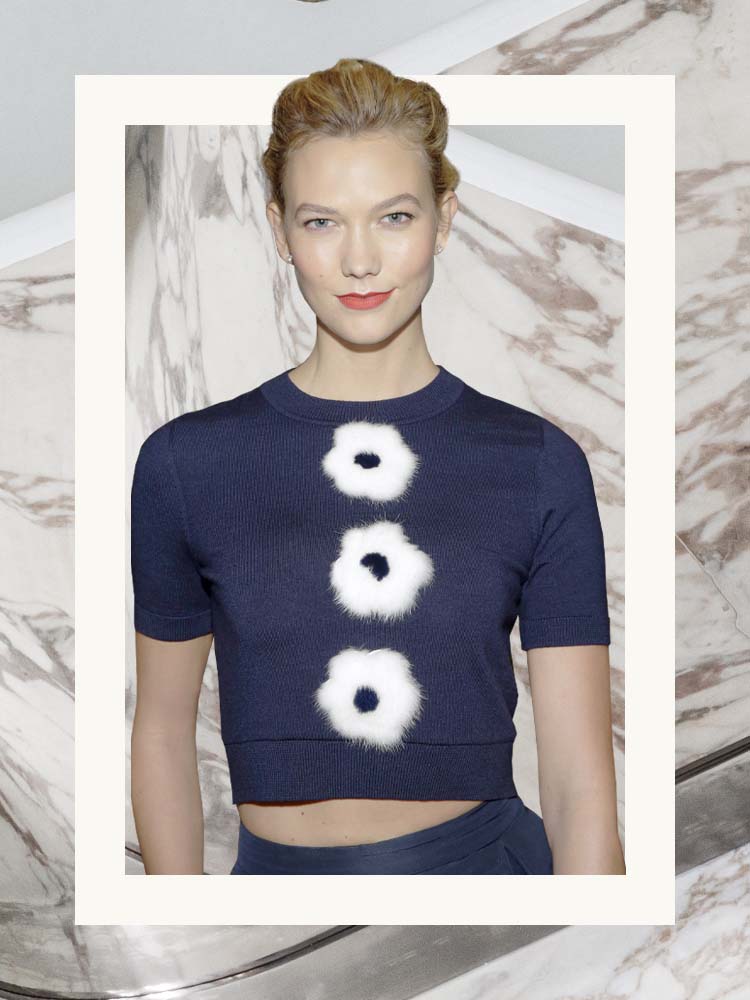 Two weeks ago, Karlie Kloss and Joshua Kushner announced that they were selling their 5,600-square-foot penthouse in New York City’s Nolita neighborhood—the top model and entrepreneur are moving into a bigger space in the same building. And from what we saw in the listing, the stone extravaganza in the bathrooms alone would definitely warrant a quick in-person tour (if only!).

Among the six bathrooms, two of them in particular got our attention. The common denominator? They’re both covered in luxurious marble slabs and each takes stone way beyond the countertop or floor. The larger bathroom is basically a black and white marble box, Arabescatto Oro to be precise, with a shiny Urban Archaeology tub that almost disappears into the walls and floor. In the second one, mirrored panels extend the effect of a vanity made entirely of brown Igia Venetino marble, adding a whole new depth to the space.

The good news is that you don’t have to break the bank to mimic the maximalist look. Simply steal Kloss’s trick: Incorporate a reflective surface. The optical illusion will make it seem like the stone you do have goes on forever, even when it doesn’t.