She has good reason. 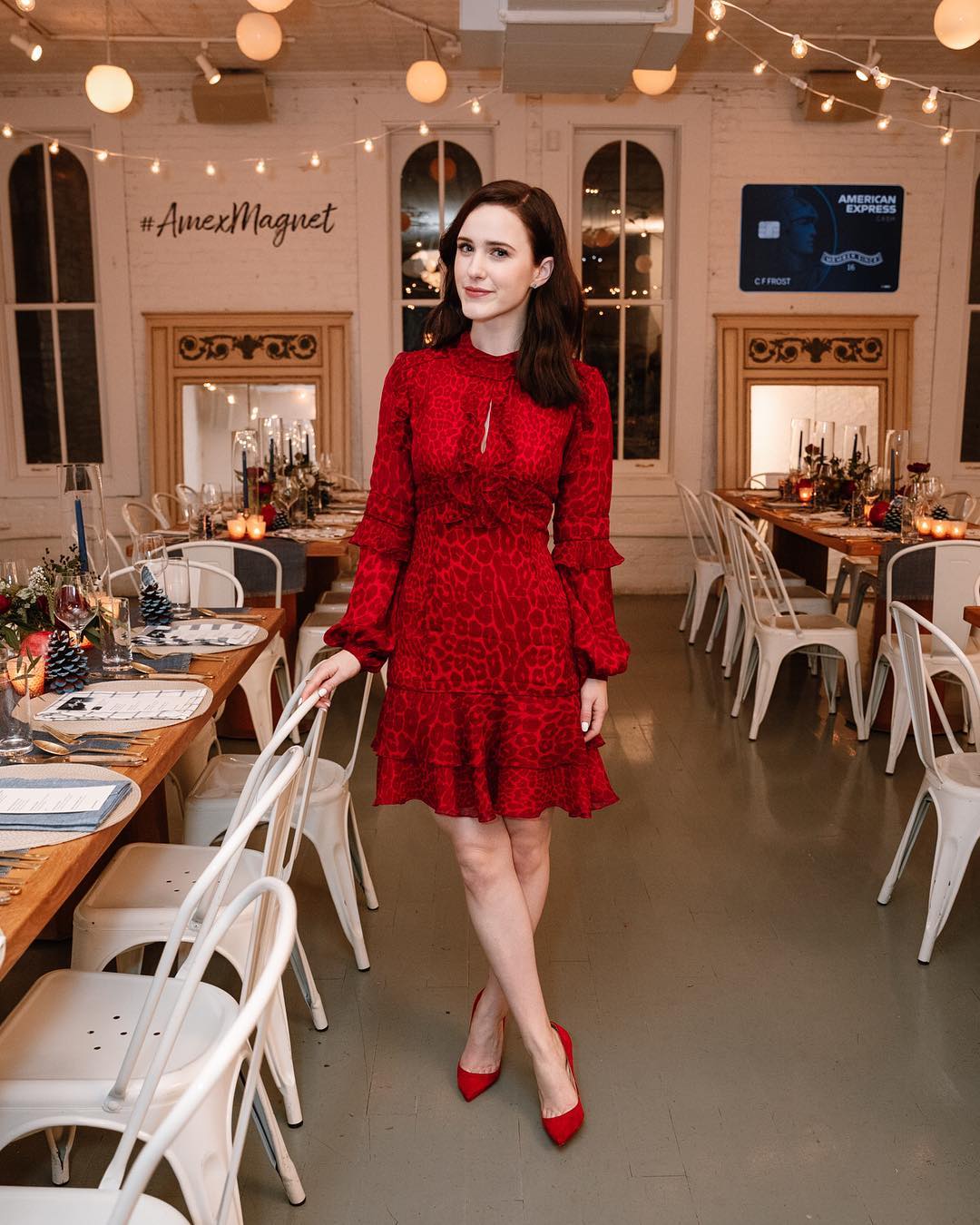 “I counted recently—I’ve moved 12 times in the last seven years,” actress Rachel Brosnahan says with a laugh. The number might sound outrageous (even to a constantly renting city dweller), but when uttered by the star of The Marvelous Mrs. Maisel, who fully emerged as a household name less than a year ago when she swept up both Emmy and Golden Globe awards for her starring role, it makes sense.

She’s been busy—and that’s why decorating her apartment has been a work in progress.

A New Yorker since her days at NYU, Brosnahan—a new American Express Cash Magnet ambassador—has learned a thing or two about making a small apartment feel like home, and her biggest piece of advice should be applied right when you move in.

Moving Into Your New Place

“Take your time,” she says. “The first time I moved into my own apartment, I was so eager to finish it right away. What I’ve learned, in the last couple of years, is that it’s OK to take your time to find the perfect thing that feels the most you and not the thing you bought because you needed a coffee table. Decorations and furniture that feel unique, that you want to take with you from place to place, that you want to have with you for a long time—those are things that really make a home.”

Now, fresh off a just-released second season of her widely celebrated show, Brosnahan is currently furnishing a new apartment in the city that, as of late, has filled virtually every subway stop with a nod to Mrs. Maisel. And after a whirlwind search, she finally landed on a piece of furniture that’s made her place—rife with exposed brick and dark wood floors—feel just right.

“It took me a really long time to find a couch for my apartment,” she says. “I just couldn’t find something that felt right in the space—then, I finally found one. I felt this weird sense of pride over the couch.” The couch in question is one made of soft, comfy leather.

Because Brosnahan prioritizes finding special, often one-of-a-kind items for her home, her shopping experience is deliberate. “As I’m furnishing this new space, I’m going deep down the Instagram rabbit hole of interior designers I’ve taken inspiration from,” she says. “Often they’ll tag where they find things, and I’ve discovered so many new and unique places to find home decor that I never knew about before.”

She also gravitates toward vintage picks, sometimes buying pieces from 1stdibs, and other times, keeping a close eye on set. “There is this set of yellow chairs in Midge’s living room that I nearly walked off with so many times,” she says. “Yellow’s my favorite color, and they were just happy, happy chairs—and surprisingly comfortable!”

Yellow, as it turns out, is also the color that Brosnahan has turned to to make her apartment feel brighter and bigger. “I like for color to elevate the space,” she says. “I like to hone in on a few colors and stick to them. In this space, I’m finding that I’m using a lot of yellow and shades of blue, scattered the color throughout the apartment.”

Though she sticks to a color scheme to make her space feel cohesive and relaxing, Brosnahan isn’t one to be overly precious about her apartment. Above all, she just wants it to be a place where both she and guests can feel perfectly relaxed.

“I don’t want any piece of furniture or decoration that feels like it belongs in a museum or like you can’t touch it or sit on it,” she says. “I want the space to feel like a home, whether it’s for me or when people come to visit, and I want everybody to feel like they can use their drink without a coaster.”