The star shows us her floor-to-ceiling bulletin board. 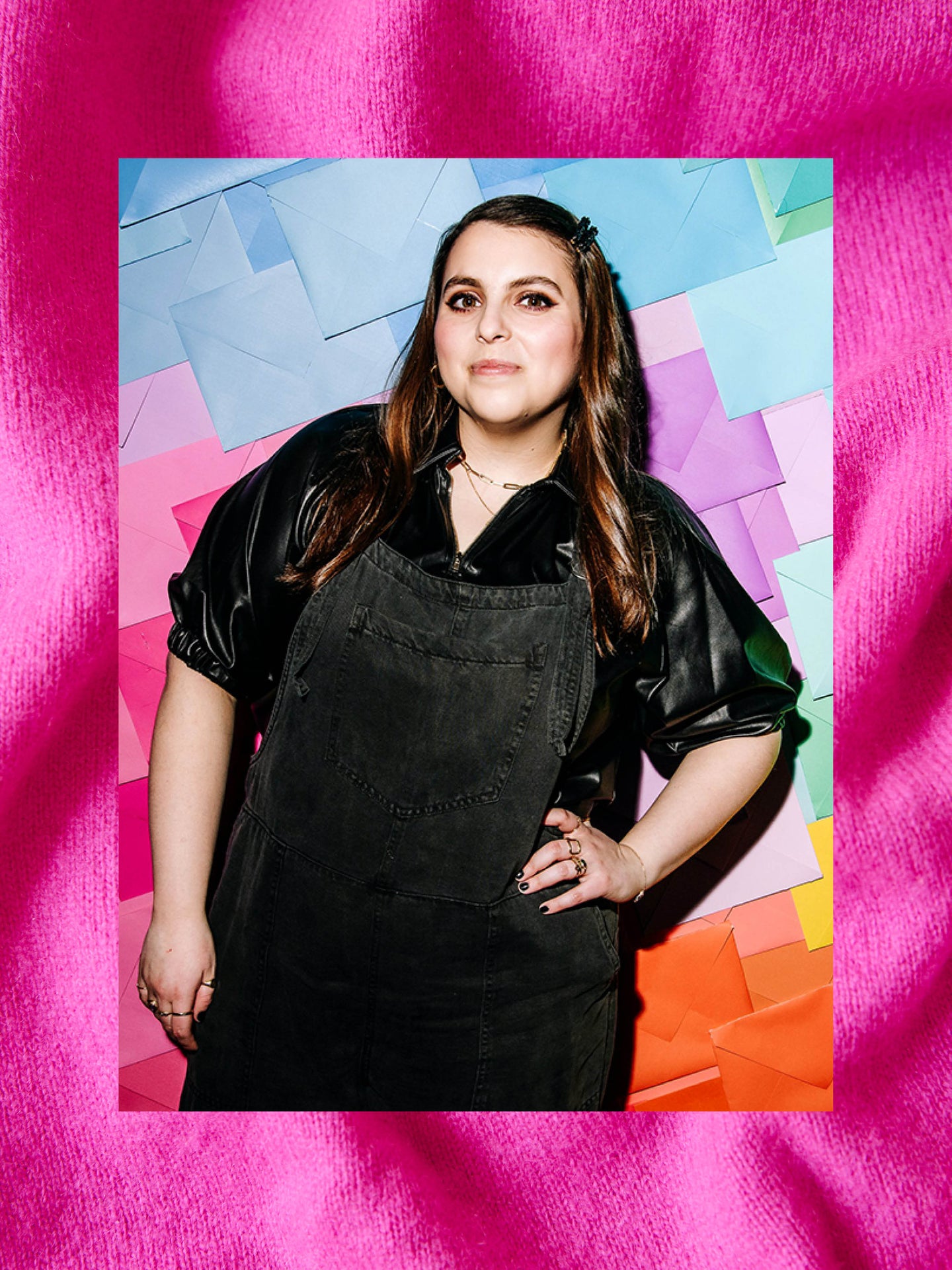 Beanie Feldstein is spending her quarantine traveling back in time. For the past six weeks, the 26-year-old actress — you know from Booksmart and Ladybird — has been living in her childhood bedroom in Los Angeles, where she has a giant, floor-to-ceiling bulletin board that spans an entire wall. She has been tacking up playbills, ticket stubs, photos, posters, letters, and other keepsakes on the board since she was 10 years old. Her only rule: She never takes anything down, so there are layers and layers of memories. “It feels like a walk back in time whenever I look at it,” she says.

It’s fitting for Feldstein to get a bit nostalgic now, as she plays a 16-year-old in her new coming-of-age movie How To Build a Girl (streaming online on iTunes and Amazon today). Feldstein stars as high-school outcast Johanna Morrigan, a girl who builds her confidence by reinventing herself as a rock music critic. With bright red hair and even more fiery music reviews, the character goes on a much wilder ride than Feldstein did in her youth. Morrigan flies to Dublin to shadow a hot musician and join him onstage. When Feldstein was a teen, she starred in her high-school musicals, organized a stuffed animal exchange with her best friends, and started a fabulous headband collection.

Over a Zoom call from her beloved, oversized pink “nap chair” in her childhood bedroom, Feldstein showed Domino some of her favorite items on her time-capsule wall — the stuff that’s bringing her comfort in these crazy times. She also explained how she has brought a version of the teen-room aesthetic into her grown-up apartment back in New York.

The coziest corner: I’m sitting on this magic situation, which I call a personal couch. It’s made by HD Buttercup and technically is chair but it’s super deep. It’s smaller than a love seat but bigger than a chair. It’s a great nap chair for sure, because when you’re on it, you’re not sound asleep, but you’re relaxed.

Pinned memories: Scanning my bulletin board now, I have a pass from when my brother [Jonah Hill] hosted SNL. It has his name on it, and I loved watching him do it; he’s the best. Oh, and our senior year of high school, I performed in a cabaret type of thing and my best friend, Ben [Platt], brought me a really beautiful note about the last day of high school. He doesn’t have a very good penmanship so he typed it, and it was really sweet. It was just what we were thinking about when we were like, 17 and graduating and thinking about the future. And I have my medical bracelet from when I was on Grey’s Anatomy, which was heaven for me.

Key concert stubs: I famously skipped my first formal at my high school to go to a Jonas Brothers concert. Say what you will about me, but I stand by it ‘til this day. But my favorite concert I’ve ever been to was when we were filming Lady Bird in Sacramento. I was unpacking my suitcase and Saoirse [Ronan] called me and said, “We’re going to Paul McCartney, come downstairs right now!” Paul was playing the opening night of a new arena, and the producers bought us all tickets. He played for three hours and was so joyous. It was magical. One of my favorite nights of my whole life.

Bulletin board 2.0: In New York, I have a smaller gallery wall with things that matter to me, but it’s a more curated version than the bulletin board. There’s a song that we used to sing at my summer camp; a Funny Girl poster because it’s my favorite movie, and Barbara Streisand is my idol; a framed little advertisement for Merrily We Roll Along, the musical we did in Ladybird, from the prop stylist; a picture of me, my girlfriend Bonnie [Chance Roberts], and Emma Thompson on the How to Build a Girl set; one of James Taylor’s albums; and some other little keepsakes.

Head’s up: I know headbands are back in now, but they’ve always been in for me. In literally every picture of me from high school, I’m wearing headbands. I have an extensive collection that lives in my childhood bedroom, and then I have my own in my New York apartment. It’s really fun to wear headbands that I bought when I was like, 15, and they’re now back in. I’m like, “Honey, they’ve never gone!” When I was younger, it was a full bow. Like, almost every single one has a side bow. And now, I enjoy a more elaborate print but a simpler style, like padded or knotted, with pearls or sequins or whatever. It definitely started with Blair Waldorf, but I have and will always be in a headband mood.

Quarantine craft project: I often wear sweatshirts that my friends have left here over the years. I have all these fun old shirts and sweatpants, and I’ve always wanted to make them into a blanket. I’m not very good at sewing, but I really want to learn how to do that, because it’s such a sweet way to keep all of those nostalgic pieces that I know I’m never going to actually wear, because they’re ripped up or the elastic has given out.

Emotional support (stuffed) animals: I have a stuffed animal named Buddy that travels with me everywhere. He was a yellow lab, but now he’s more like a gray lab. A lot of people get me stuffed animals because they know I love them, so I have a Sadness doll from Inside Out in my apartment in New York. My character in Hello, Dolly! was named Minnie Fay, so someone gave me a Minnie Mouse that looks like she’s wearing her costume. And I did a “Flat Stanley” thing with my best friend in high school using a stuffed bear named Adele, where we passed it around to all of our colleges. I got to keep her in adult life.

Ultimate comfort food: When I was in England filming How to Build a Girl, I fell in love with Sainsbury’s free from tiffins. I’m allergic to dairy, so finding vegan chocolates was incredible. I would eat them by the pound and literally had to have them every single day. I needed a little bit of sugar to pump me up, so snackies really saved me during that movie. I wish I had one now!