This LA Designer Converted Her Garage Into Her Company’s Office 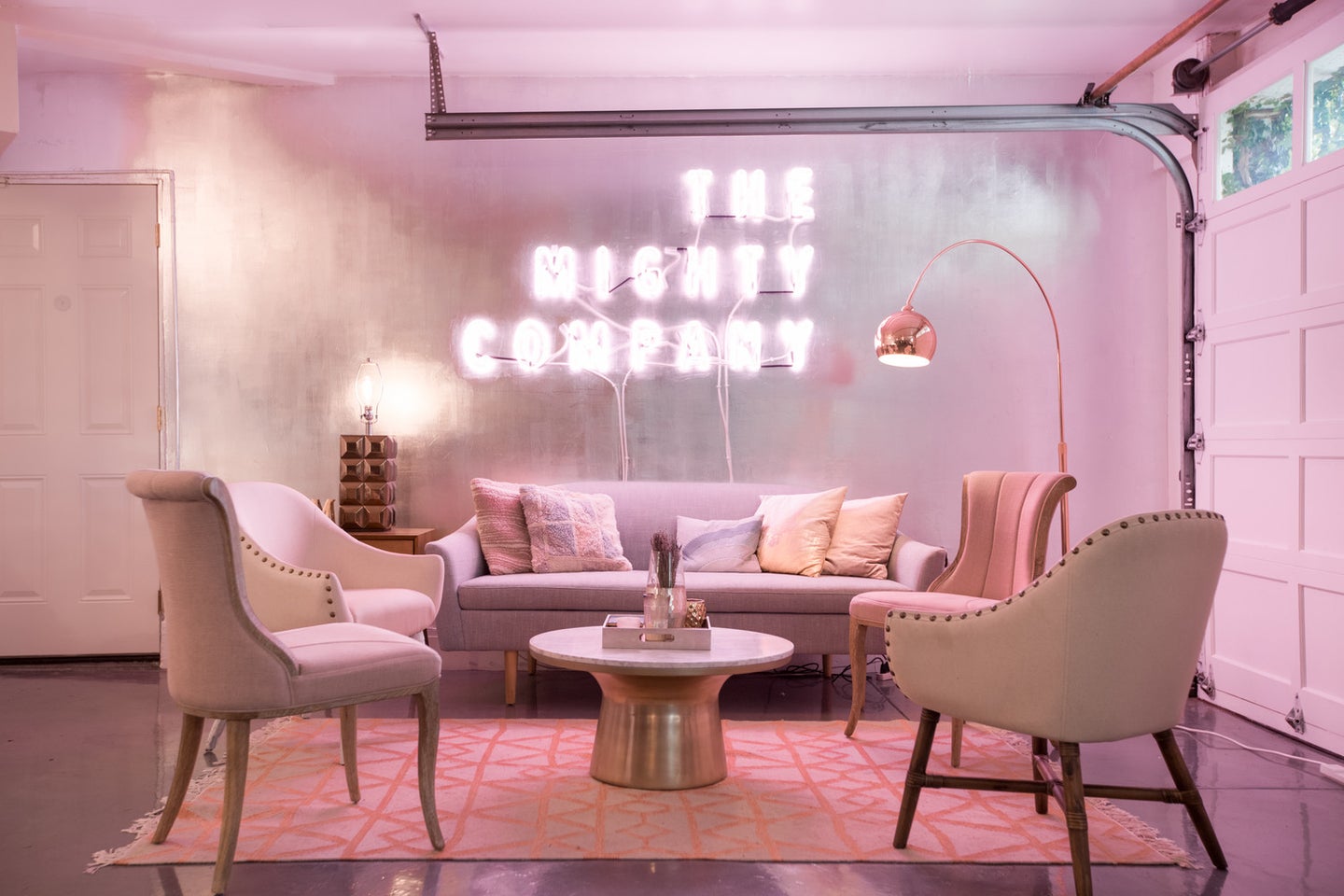 Jessie Willner, founder of design brand The Mighty Company, is a real do-it-yourselfer. Not only does she design every aspect of her clothing label, which produces limited-edition embroidered fabric and leather jackets (Gigi Hadid is a fan), but she also designed every pixel and even coded part of the e-commerce site.  So it’s no surprise that Willner and her fiancé Davan would want to take on the challenge of designing and renovating their 1921 Los Feliz house themselves. “The house had been redone by the previous owners, and also once in the 1940s, so it was in good shape by the time we got to it, leaving us with only cosmetic changes to accomplish,” says Willner.

Happily the bones of the house were strong. “I got so inspired by the original layout and how little it had been changed since it was built a century ago,” says Willner, who wanted a modern aesthetic infused with French country house vibes. The color palette features lots of warm neutrals with pops of bright colors and metallics woven in.

Willner started with the living room, where a series of French doors line the space. They painted the walls a light sand color, then stenciled over them in pale metallic gold. Gray-blue and sky blue couches and rugs, as well as colorful art from Vanessa Prager and John Holcomb, round out the space.

When the designer first launched her company, The Mighty Company, she took over the dining room and living rooms with inventory and boxes but as the brand grew, they quickly ran out of space.

“We had this unutilized garage that wasn’t in too hot of shape, and it had just become a storage space for old furniture,” says Willner. “But, it was huge and had so much potential to be an awesome industrial-inspired workspace.”

Gutting the space in a week, she then built it out with custom copper shelving, metal epoxy flooring, a hand-painted dragon mural on the metal A/C condenser, and a hot-

mounted atop the silver foiled wall. “The concept of separating work and home is not a familiar one to me,” she explains. “Having it all in one place is a dream come true and it turned out to be one of my favorite spaces in the house!”