The architecture has more than enough personality. 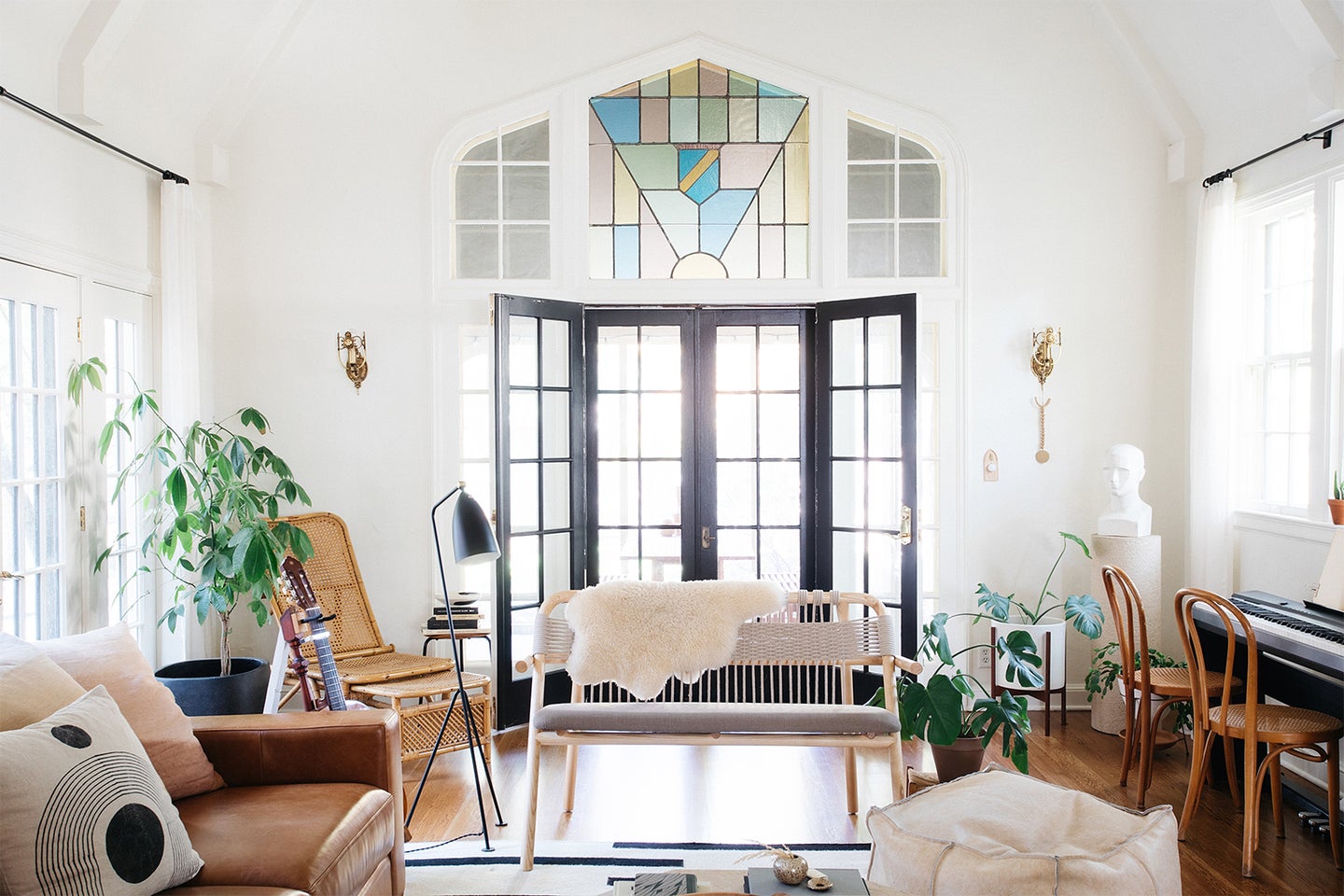 Upon closing on their new Kansas City, Missouri, digs, Janette Yost, founder of marketing firm Nous Studio, and her husband, Jeff Larison, were handed the Tudor’s original 1928 blueprints. Unlike every other house in their neighborhood, it seemed this one was crafted with a specific family’s vision in mind. There were soaring, vaulted ceilings in the main living area; an overlook from the second floor; and bits of Spanish and Mediterranean flair popped up everywhere. On the documents, there was a single note suggesting a medieval-style banner of a knight in armor above the stained-glass crest. “I didn’t go with the knight,” says Yost, laughing. “But if the right wall hanging finds me, I’d love to get that banner up there someday.”

What she was able to do right away was restore the original gold sconces in the grand living room to their former glory. “I like to start with things that have looked like they’ve always been there,” Yost explains. With a layer of washable kids’ paint, she was able to tone down the polished finish. From there, she brought in primarily black, white, and brown tones to balance the space’s hodgepodge of design styles. “I love the graphic feeling that not using color can bring,” Yost adds. Plus, the pastel stained glass window can shine and the stark walls draw the eye up to the other focal point—the painted ceiling beams.

The living room’s fireplace (also original to the home), however, slants opposite the slope of the joists, angled outward. Yost couldn’t picture hanging any sort of artwork on such an unlevel surface. She ended up suspending a mobile a few inches in front of the 5-foot mantel. “It floats and spins, and rather gracefully when a fire is lit,” she says.

The family’s kitchen follows the same line of thinking: Freshly painted white cabinets and stacked subway tile contrast with a black granite countertop. Yost warmed it up with open wood shelving laden with mugs and coffee-making tools—an ode to her favorite part of any morning, often enjoyed at a banquette inspired by the couple’s former neighborhood café in San Francisco, the Mill. The dining room, accented by a Moroccan-style pointed arch (painted black to add drama to the detail) is grounded with an inky flat-weave rug.

That’s not to say every space is filled with neutrals; the couple’s 10-year-old daughter, Viv, chose peachy pink walls (her current favorite color) for her bedroom. “I still wanted it to feel cohesive with the rest of the house,” explains Yost. “But at the same time, I gave her as much creative freedom as she wanted.” Which means, yes, there’s an art experimentation table (aka a desk) and lots of peace signs.

Self-described as “not good with color,” Yost drew inspiration from the blue and burnt orange shades of a Persian-style rug for the design of her now 1-year-old son Remi’s nursery. “I wanted it to be calming; I mean, it’s for a baby!” she says. “The space also needed to be a room I enjoyed spending time in.” So she layered on the texture, limewashing the wall behind the crib, suspending a rattan pendant lamp from a neon cord, and placing a delicate trailing ivy on the reimagined arched fireplace.

It’s far from the only pop of green in the house. A giant cactus sits in the dining room; olive branches rest in a vase in the kitchen; and a whole collection of plants reaches toward the mezzanine in the living space. “Unfortunately, it’s the balcony’s fault that Viv learned there was no Santa; at 11 p.m. on Christmas Eve night, she was peeking through one of the openings,” remembers Yost. “But fortunately, it’s the perfect spot to hang a disco ball, and yes, we have a spinner and spotlights for it.”

Another plus to that expansive ceiling height: epic acoustics. And there’s no quicker way to fill a space with life than with music. Yost has spent most of the last 18-and-change months admiring the way a tune carries. “The sound goes everywhere,” she says. “My husband will take a break from a meeting and pick up the guitar. It’s lovely.” 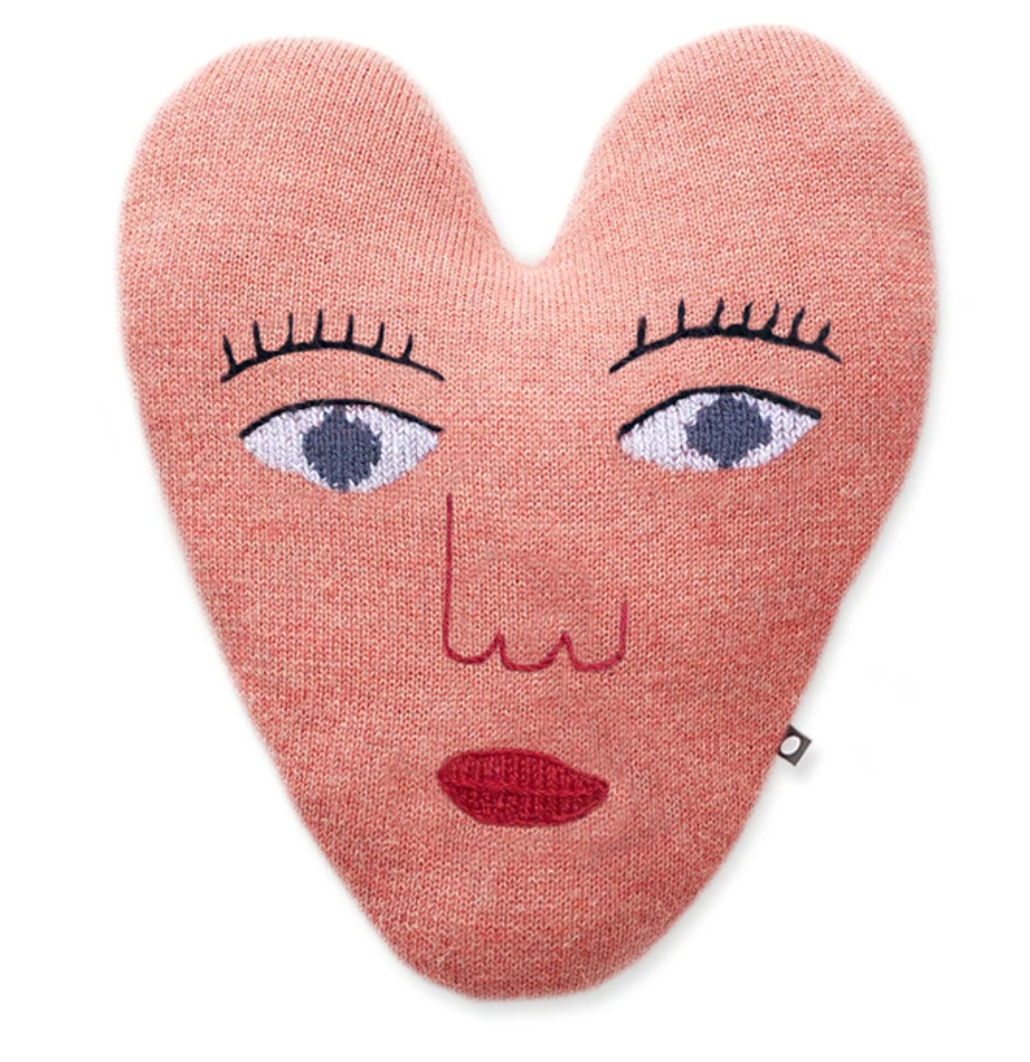 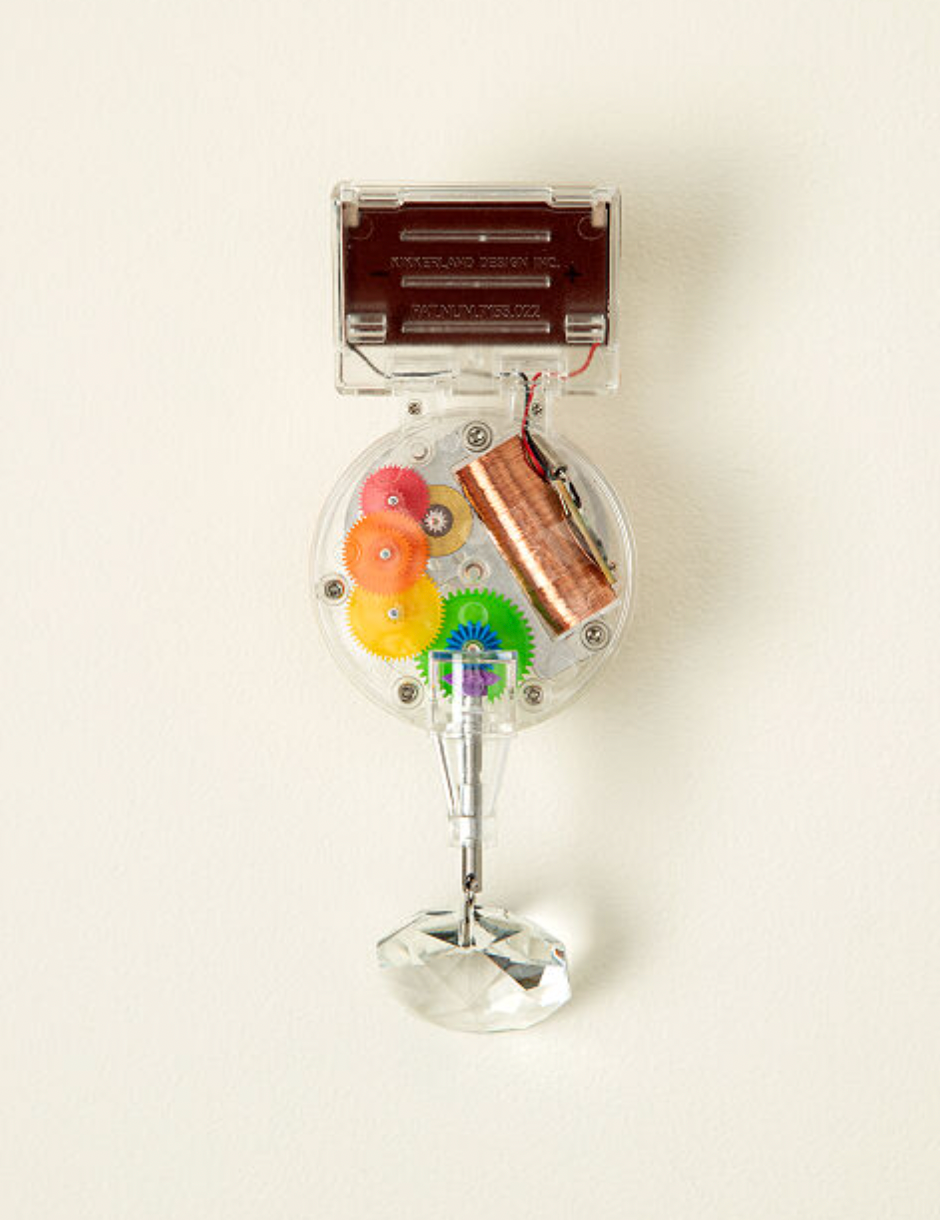 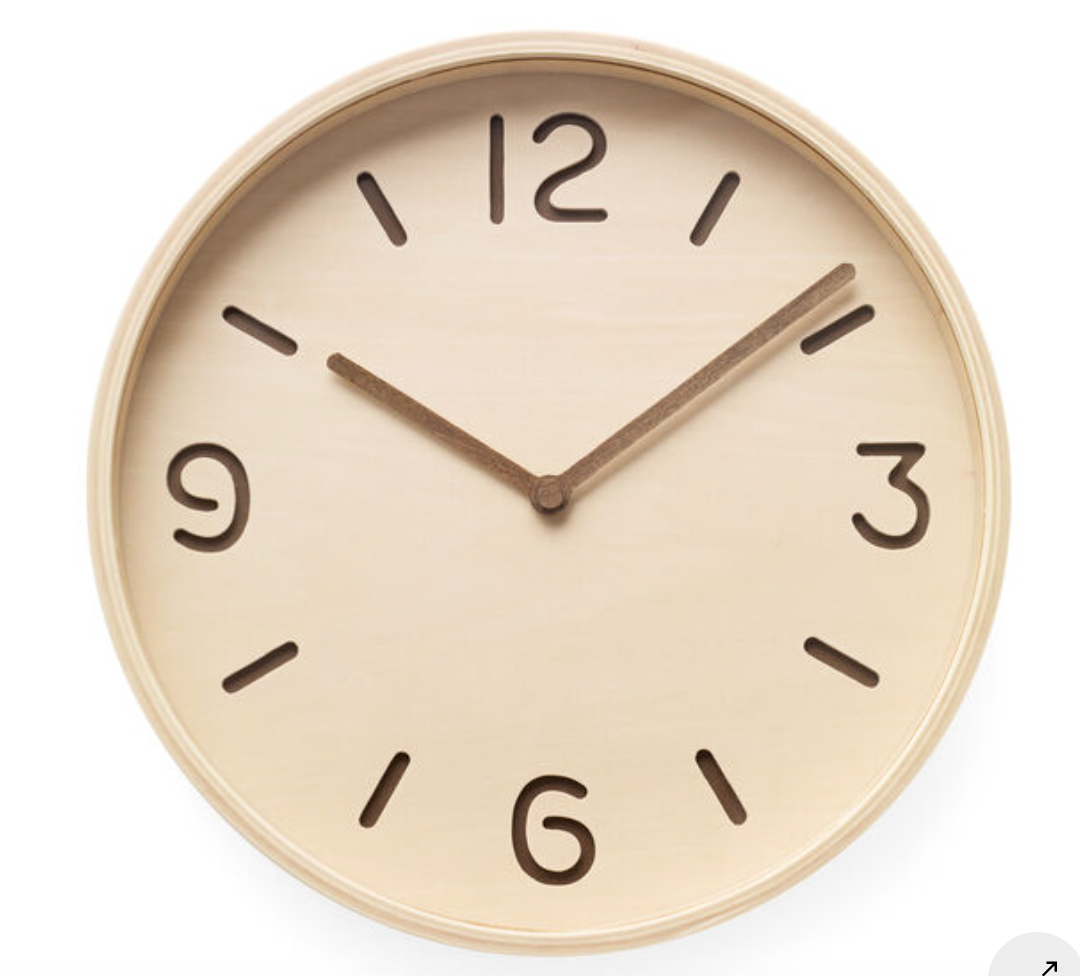 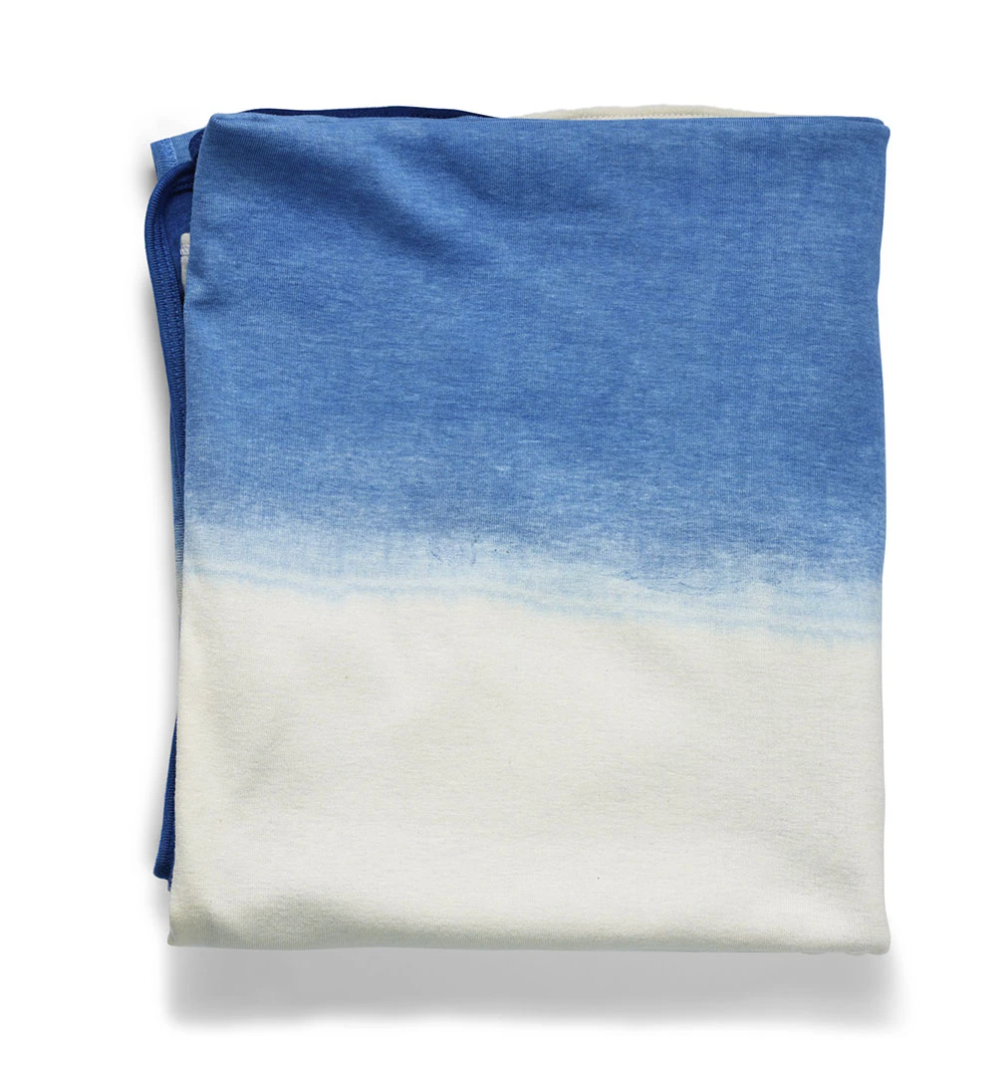 Go-to local vintage shop or resource: Urban Mining is an antiques mall only open the first weekend of the month, and it’s a treasure trove of vintage goodness at fantastic prices.

Favorite source for plants and gardening supplies: Family Tree Nursery for advice and selection. And let’s be honest, big-box stores for good deals.

Object in my home that gets the most use: The solar-powered rainbow maker in the south-facing kitchen window—it’s a spinning crystal that throws prisms all over the first floor of the house anytime the sun is out, and it is wonderful!

Biggest splurge: The Rosie Li light fixture in the dining room was such a good pick. It’s so unique.