decor glossary: what do those “fancy” words mean anyway?

AND how to pronounce them. 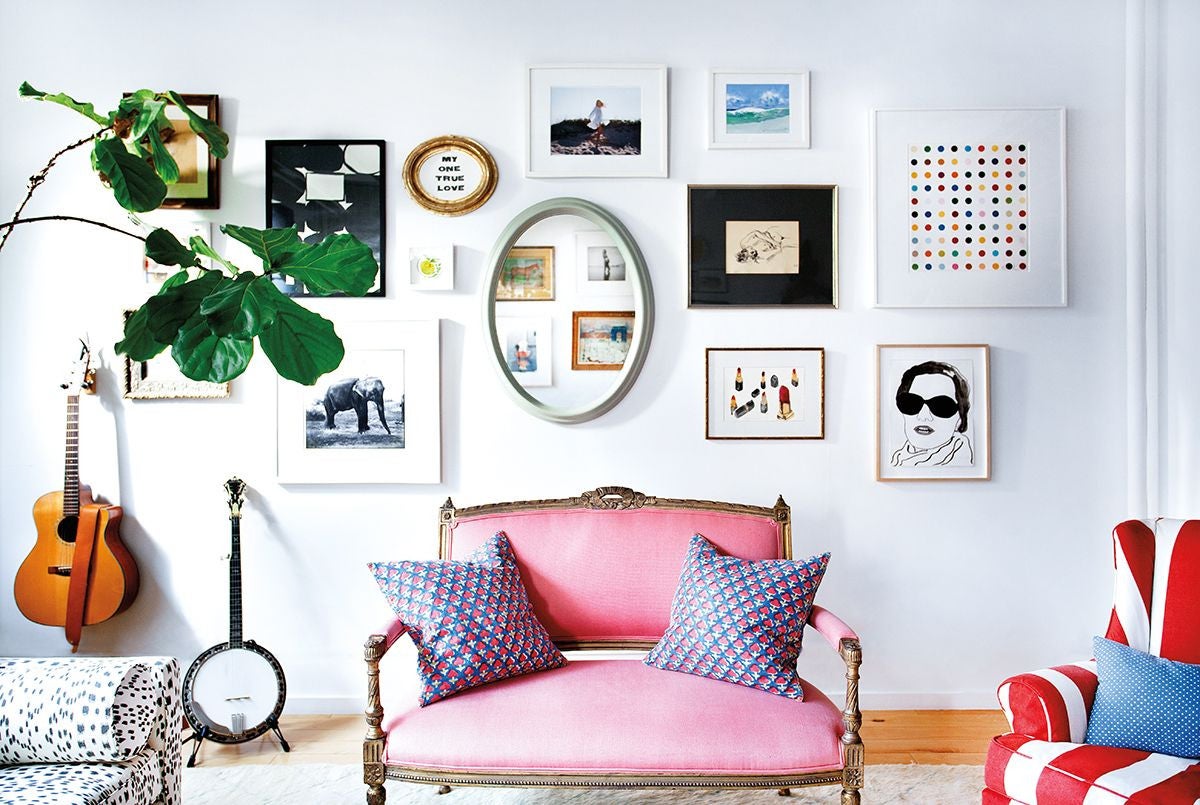 WHAT DO THOSE “FANCY” WORDS MEAN ANYWAY? AND how to pronounce them.

are harder to say than others—and it doesn’t help when you don’t even fully understand the meaning behind the word you’re trying to pronounce. We’re here to help, with definitions and a guide to pronouncing commonly used interior design terms, so next time you want to talk the latest trends with friends, you’re one-hundred percent confident.

KÄN SŌL Technically, a console is a table supported by brackets that can be attached to the wall, but don’t have to be. Console tables are usually more narrow in design and found in entryways (they’re great for storing baskets below!).

TWÄL First, Toile de Jouy, now referred to simply as toile, is a style of printed pattern. In French, toile literally means canvas, or cloth. Now for the history lesson. In the mid-1700s, the ban on the use of cotton in France was lifted after 70 years. A man named Christophe-Philippe Oberkampf was really, really good at printing patterns on cotton—in the factory he opened in a town called Jouy-en-Josas. (Starting to make sense?) So basically, toile is a fancy way of identifying old time-y patterns. These days, toile is getting an update in the form of wallpaper and fabric.

, KRƏˈDENZƏ Officially a “sideboard or cupboard”. As Mid-Century modern style continues to trend, so do vintage credenzas from the mid-1900s. They can be used to store or display just about anything. Think a dresser, entryway piece, television console, cabinet, you get the picture.

, ĀTÄˈZHERA  piece of furniture (most resemble a bookshelf) with

and the possibility of an enclosed cabinet as the base. Now, there are a variety of designs—some tiered, some featuring a more complex design. Basically, all you need to know is it’s a shelving unit.

SEˈTĒ Pronounced just like “set”. Between benches, sofas, couches, and loveseats, where does the settee fit? Couches and sofas are basically the same—large, plush furniture to sit on. A settee is a smaller sofa that’s usually longer and/or skinnier than a sofa, more upright, and always features upholstery. A settee usually seats more than two people, whereas a loveseat usually sits strictly two. You can call a settee with space between the back and the seat a bench, or you can just call it a settee. If it’s one hundred percent wood with no upholstery, it’s definitely a bench. Make sense?

, SHĀZ We thought the chaise lounge could use defining on its own. Mostly because it’s one of those words you almost always mispronounce—on accident. A chaise is technically a chair, but you’re supposed to recline on it, so the seat is much longer than your average chair. It can have arms or no arms. (Anthropologie has really chic chaises.)

, RÆˈTÆN It’s trending, so it’s time to get familiar (hello, new bar cart). Rattan is actually the name for around 600 species of climbing palms that produce very strong wood. It’s a close relative of the palm tree, which makes sense. Like wicker, rattan can be woven to make some beautifully designed furniture, but that’s where the similarities end. Wicker is made by binding different natural elements together and can be weak or strong. You can buy rattan chairs, coffee tables, bar carts, pendants, bed frames (like the one you see here)—really anything!chaise, SHĀZWe thought the chaise lounge could use defining on its own. Mostly because it’s one of those words you almost always mispronounce—on accident. A chaise is technically a chair, but you’re supposed to recline on it, so the seat is much longer than your average chair. It can have arms or no arms. (Anthropologie has really chic chaises.)

, SĪ-SƏL Sisal is made from an agave plant (hi tequila!) that produces a stiff fiber used to make stuff, usually twine or ropes weaved into rugs or baskets. Heads up: You get the fibers from the leaf. It’s similar to other natural fiber rugs, like the jute rug (see below), and is definitely the most durable.