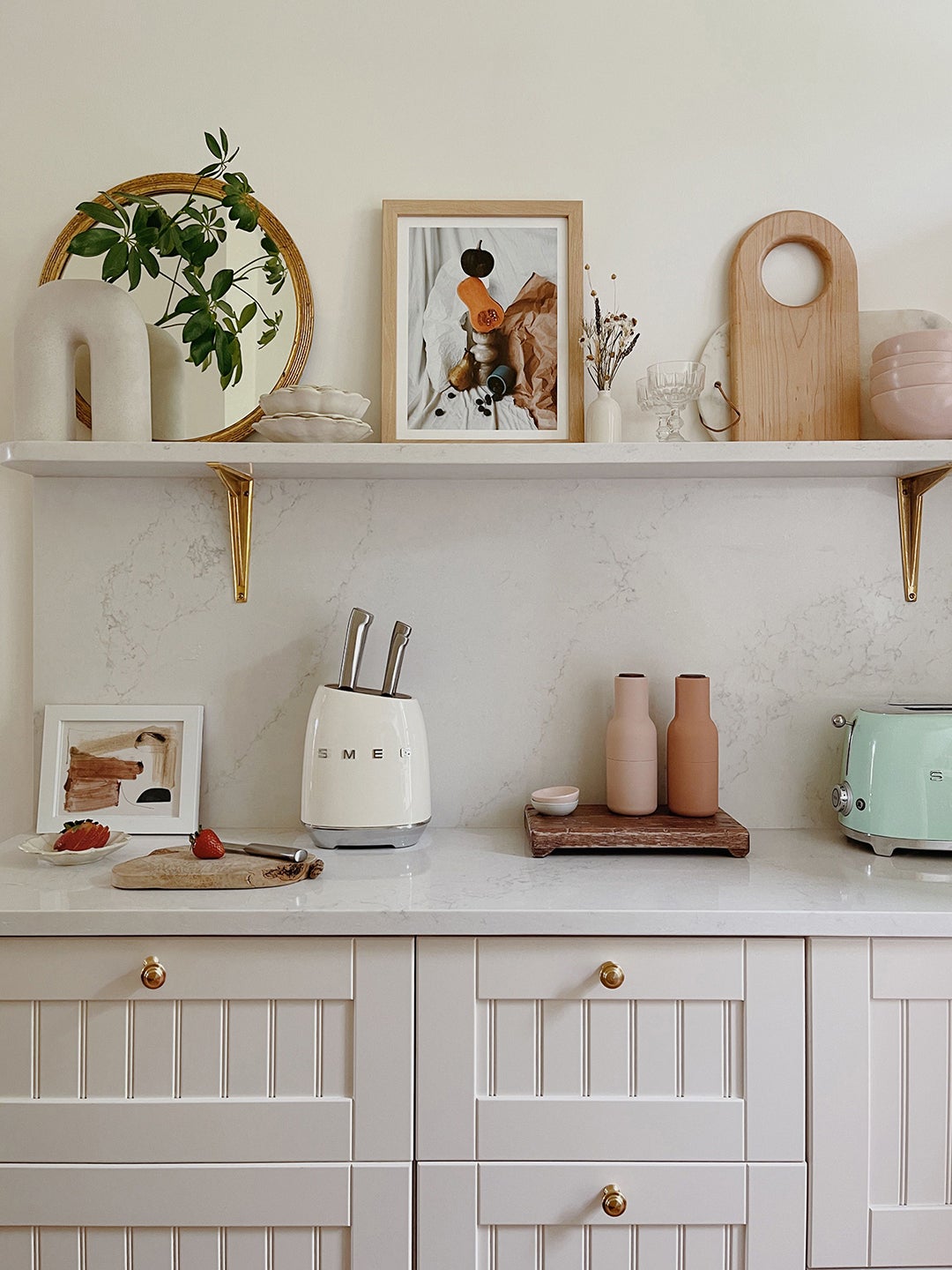 “I could basically build an IKEA base cabinet in my sleep at this point,” says Mallory Fletchall. The Brooklyn-based founder of Reserve Home learned the ins and outs of hacking the Swedish retailer’s kitchen cupboards while renovating her previous rental kitchen. So this time around, while refreshing her new galley space, she didn’t have to think as much about the assembly part or the layout (she and her husband swear by lower drawers, almost exclusively). She focused on the doors.

“I didn’t want it to look like a white modern box,” says Fletchall. “I really wanted there to be personality and coziness.” While there are a slew of well-known brands out there that make semi-custom cabinet fronts to go with IKEA systems (think: Copenhagen-based Reform and Semihandmade), Fletchall landed on under-the-radar company Nieu, opting for its Cottage Style Cabinets for her Sektion frames. The doors feature beaded detailing on the inset panels and raised rails and stiles, putting a fresh spin on the classic design. 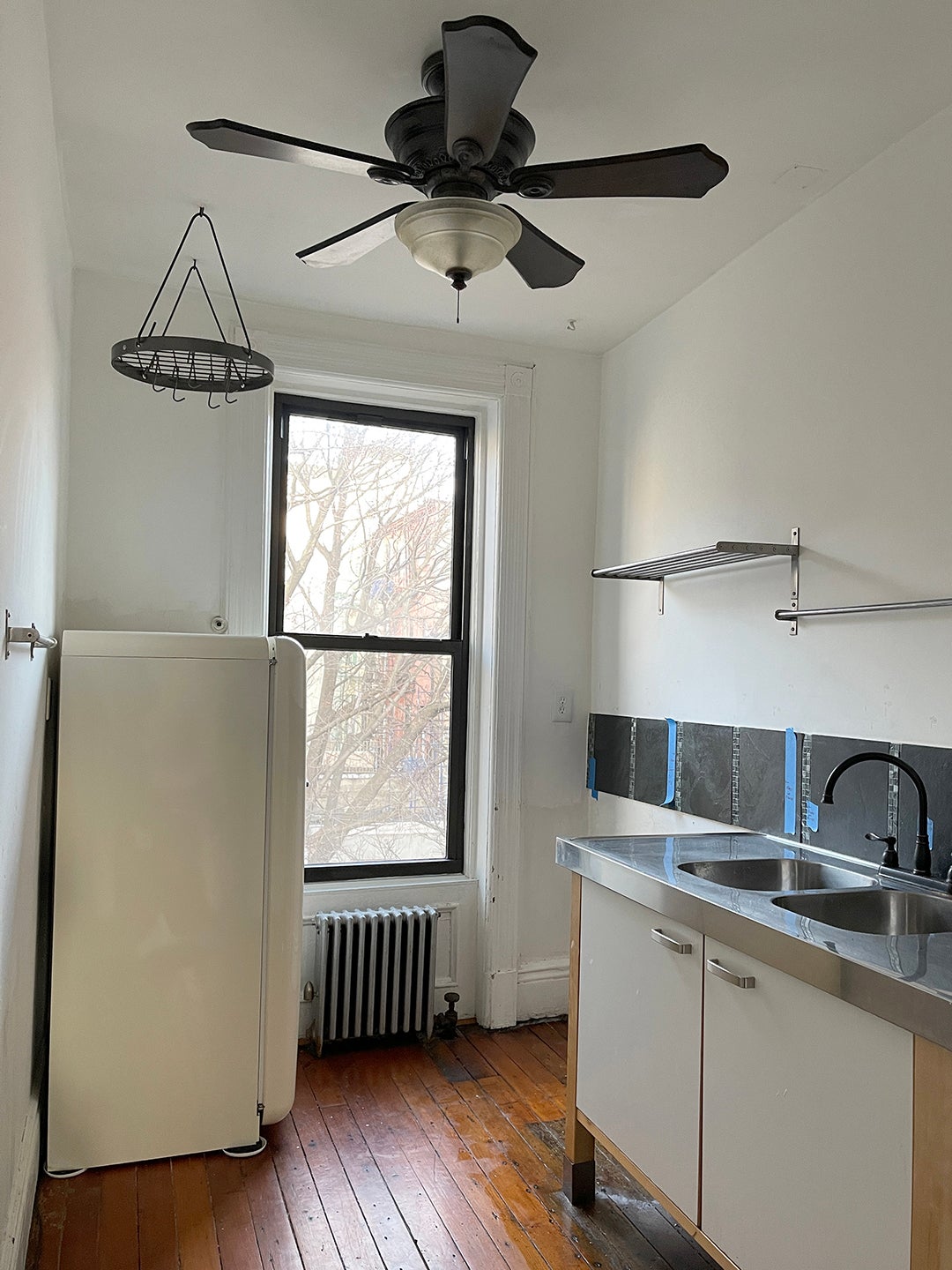 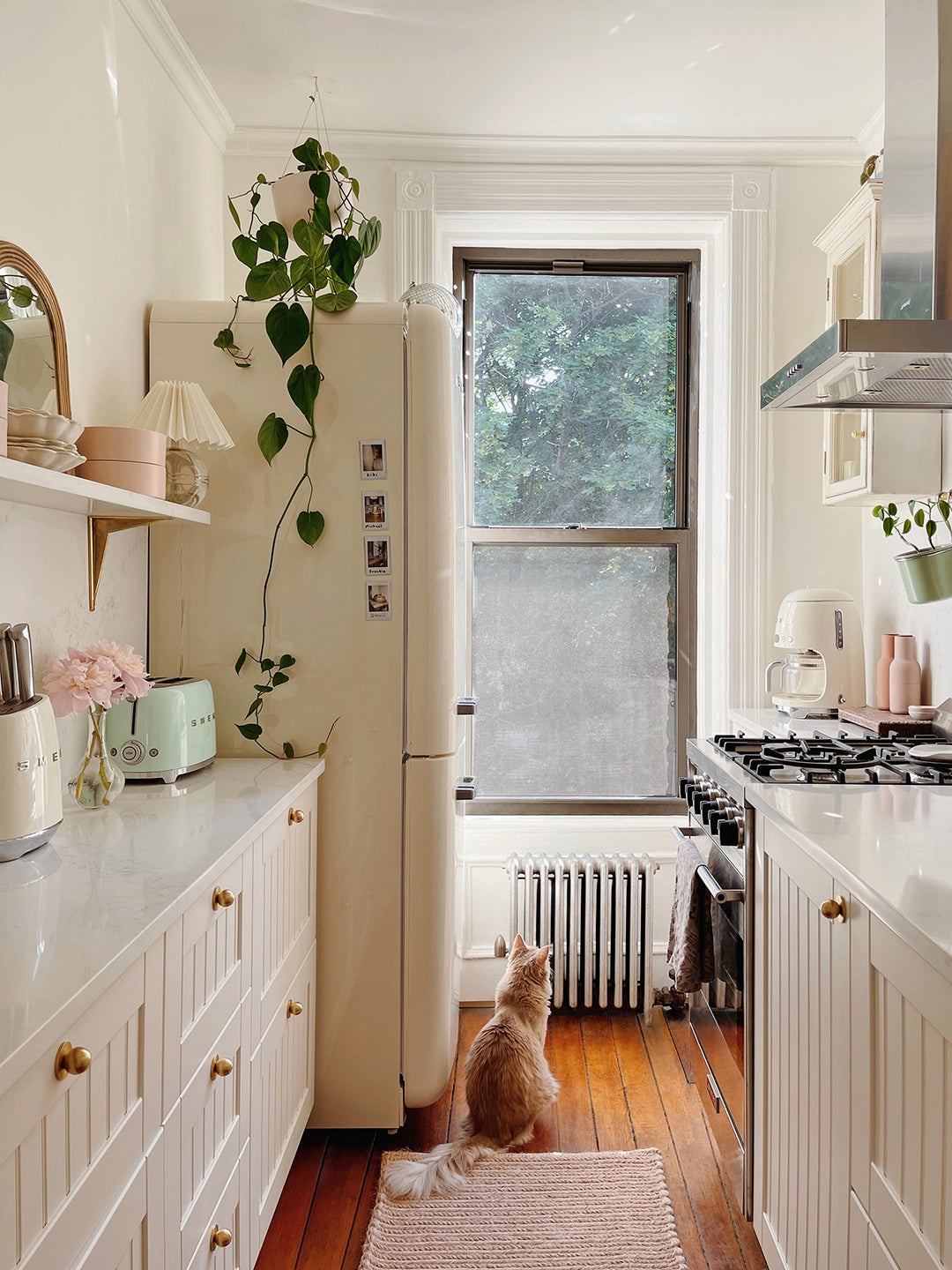 The best part is they cost only $21 per square foot, which meant Fletchall could transform her galley space (which previously only had an extremely dingy sink cabinet and a broken fridge) for $2,018. Going with a warm cream hue helped achieve the English cottage vibe she was after. “The original wood floors are beautiful, and because they’re this dark wood, I felt I could lean into neutrals with the cabinetry and everything else,” she explains.

All she had to do was follow IKEA’s assembly directions to a T, just substituting the Nieu doors anywhere it mentioned its own. Adding one vintage upper cabinet and a long unlacquered brass rail from which to hang herbs and tools topped it all off. “It’s so welcoming when you walk in,” she says. You’d never know it was a hack.

Not up for a DIY? Never fear: Kick-start your project with HomeAdvisor’s directory of cabinet pros in your area.