I Quit TV for a Week, Here’s What Happened

Spoiler alert: I discovered what a good night's sleep really is. 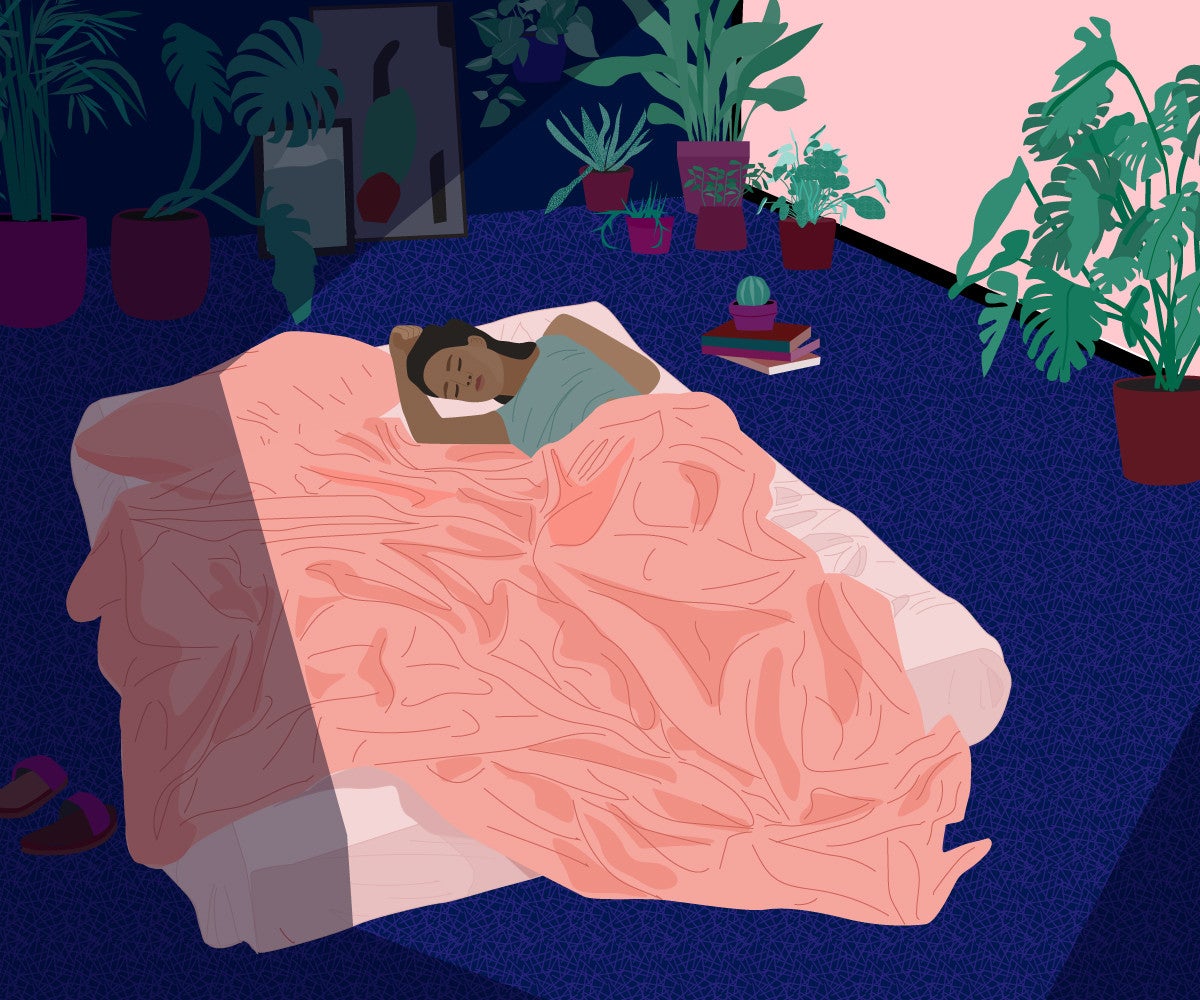 It’s safe to say that the majority of us have fallen into a schedule when it comes to our evening routines. After a long day at the office, coming home and becoming one with the sofa is an utterly irresistible feat. Before we know it, we’re hours deep in a Netflix binge. After that, most of us will spend an additional hour scrolling through our smart phones, catching up on emails, Facebook, Instagram—you know the drill. Collectively, it’s difficult to gage the impact this concentrated form of stimulation has on our mental mindset, never mind the way we sleep.
Sleep hygiene has become an important topic as of late, especially with most finding it increasingly difficult to indulge in a good night’s sleep. It’s no secret that modern day technology is at the core of this dilemma, fueling what has only become a constant revolve of stimulation, stemming from the myriad devices we choose to surround ourselves with.
Solutions have manifested in the form of products, herbal supplements, and in some (counterintuitive) cases, apps, all with the intention of helping us make it through the night. Not being one for those sorts of remedies, I decided to take a different approach, one that wouldn’t require supplements or my phone.
I decided to give up watching television for a week. And yes, that includes any and all forms of streaming devices as well. Now, this is not by any means a revolutionary concept nor is it new. I have heard time and time again—as I am sure you have as well—that watching TV in the bedroom, before sleep, inhibits a healthy slumber. But following through with that advice is easier said than done. Regardless, I made a conscious effort to avoid television for a week, and here’s what happened.

Since I live in a studio apartment, separating myself from my television or laptop is quite difficult. My desk sits directly in front of my bed while my television set is a mere six feet away. There was a period of time where I had a terrible habit of falling asleep to the TV—the consequent headaches in the morning became a staple, and I soon realized that it was affecting my productivity as well.
Apart from going to sleep at a later hour—the result of letting the duration of a show dictate when I would actually attempt sleep—my evenings became a blur of various episodes of whatever show was on the docket that week, and thus a cycle of stimuli I could really do without.
On a good night, I would get upwards of eight hours of sleep and still wake up feeling as if I had slept for significantly less. Herein was the problem, which my week of abstinence was geared towards remedying.

Getting out of the routine was the most difficult part. If I didn’t have a dinner or work-related events on the calendar, a typical evening would entail more or less the same: me, in front of the TV for a good two or three hours—mind you, I would be simultaneously scrolling through Instagram, or catching up on work on my laptop.
Eliminating these technological activities was the first step. The second? Replacing them with a more mellow form of entertainment. In lieu of turning the television on immediately after entering my apartment, I opted for music instead, something low key and mellow, to help establish a soothing environment.
I ate dinner at my desk, instead of the sofa, flipping through a magazine or reading a book—and on some days, scrolling through Instagram. Hey, giving it up cold turkey was hard, and I figured the mental stress of it wouldn’t do me any good (plus, Instagram doesn’t count as TV). The rest of the evening would follow suit, and I would often cap the night off with a few good hours of reading.
In turn, my routine allowed me to focus more on myself. Wellness expert Dr. Soumya Vines, of Six Senses Spa, suggests using this time to remove ourselves from the stresses of our daily lives by playing relaxing music, dimming the lights, and even utilizing incenses or essential oils to establish a calming atmosphere: “Lie down on the bed and be completely aware of your breathing, relaxing the body through every breath.”

Instead of my usual habit of falling asleep anywhere between 11:30 pm and midnight, I was in bed by 10 pm and asleep not long afterwards. Three days into my new routine, I found that even that act of falling asleep came with little effort—whereas before, I would typically toss and turn for at least 30 minutes.
It also became easier to wake up in the mornings. Feeling entirely well-rested, I was able to shift my workout schedule to earlier in the day, versus in the evenings—trying to convince yourself to head to a spin class on a Monday night is no easy feat. I felt more alert throughout the day, requiring less coffee to function, and noticed that my morning headaches were gone.
Toward the end of the week, I had settled comfortably in my new routine, the benefits of my newfound productivity and well-rested disposition heavily out-weighing the need to finish the season of whichever show I had been watching. As an added bonus, the vivid dreams imposed by the contents of said shows were no longer an issue.

Suffice it to say, keeping up with my newly established schedule was difficult to maintain following my week of abstinence. Day-to-day events and general life experiences often prevented me from abiding by the strict routine I had previously set; the challenges that come with the absence of something that has become virtually ubiquitous and ingrained within our daily lives.
While I no longer completely abstain from watching TV in the evenings, I’ve limited myself down to an hour, and I use the time before bed for less stimulating activities that don’t require the use of a technological device. Mellow music and dim lights also play a major part of my new bedtime ritual, which I hope to reintegrate and maintain for longer than a week.

Discover more ways to get a better night’s sleep:

Sleeping Tips From New Moms That Non-Moms Can Use, Too How Changing Your Dinner Strategy Can Give You Better Sleep Two Sleep Professionals Share Their Secrets