The Cure for Imminent Winter Blues: Preserving These 5 Fruits and Vegetables

Beyond your typical pickle. 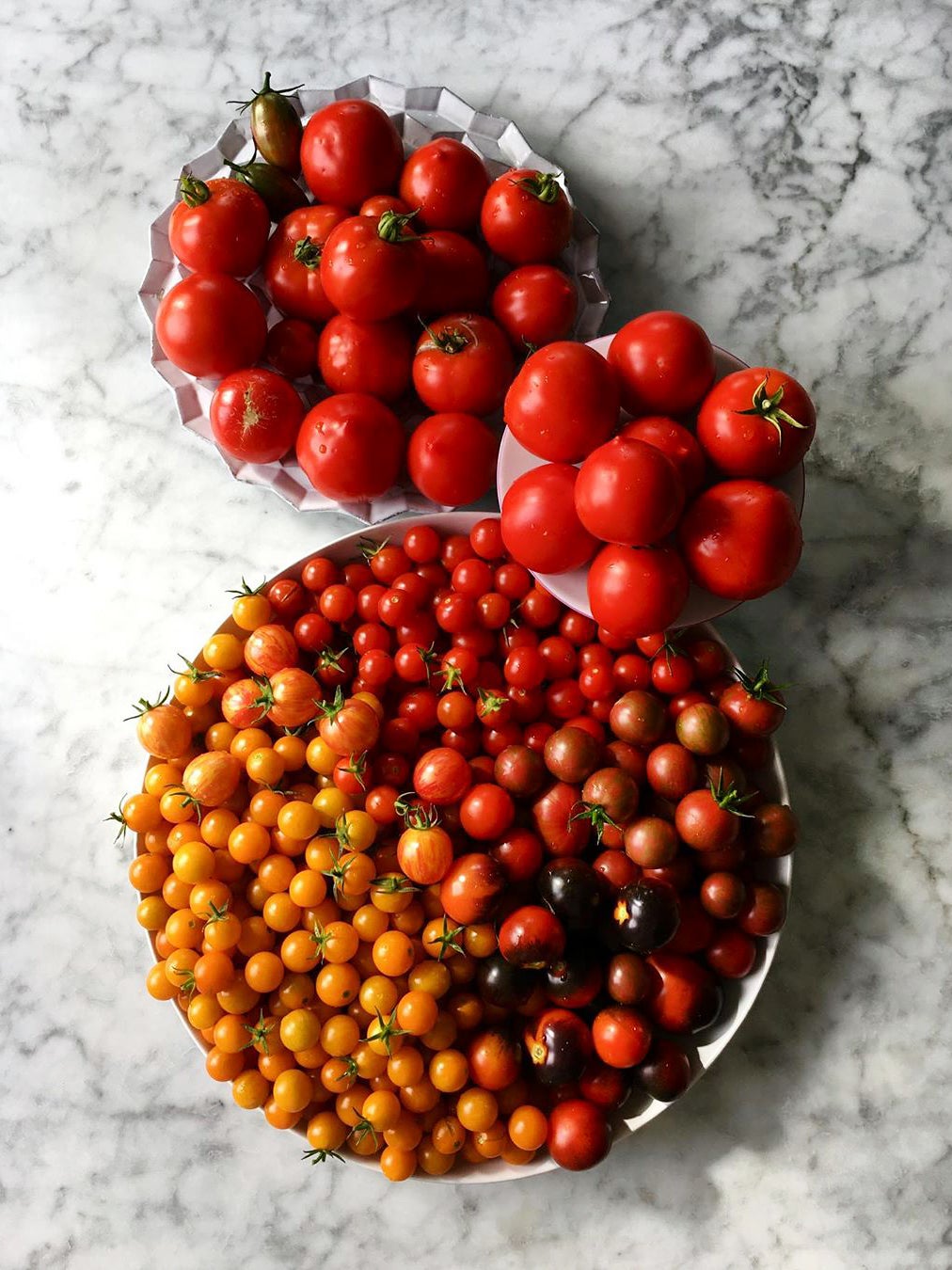 Though Robert Frost might not have been specifically referencing summertime produce when he wrote that “nothing gold can stay,” the sentiment still applies. It feels like we wait around all year for tomato season, but then it ends as fast as it began, even though we might still be craving juicy heirlooms. Ditto peaches, berries, and eggplant—so many of our favorite fruits and vegetables disappear from the farmers’ market as soon as that first fall breeze rolls into town.

Instead of going without the produce that we love for the rest of the year (or buying mediocre, out-of-season alternatives), we’ve started preserving everything we don’t have time to eat in creative ways that go far beyond canning. We’re talking about homemade sun-dried tomatoes, pickled figs, and many other ingredients that can easily be used in tons of different meals. Here’s how you can make the most of the season’s bounty—and enjoy it in seasons to come.

While it might seem most logical to turn tomatoes into sauce, there are a lot of other creative things you can do with them. Erin Hayes—Whole Foods Market’s global culinary program manager and an avid home gardener with access to great produce—likes to pickle green tomatoes. “Pickled green tomatoes will become a go-to condiment on your table,” she says. “I like to add a couple Szechuan peppercorns to the pickling liquid to bring a slightly numbing heat to the tomatoes.” She also recommends tossing cherry tomatoes in olive oil and letting them bake at a low temperature for two to three hours until they’re fully dried out for homemade sun-dried tomatoes.

Alternatively, consider making tomato butter like Nicole Konstantinakos, senior editor of books for America’s Test Kitchen: “Simmer two to three pounds of cored, peeled, seeded, and chopped tomatoes with a chopped onion, a cinnamon stick, and a pinch of allspice for 20 minutes until very soft. Then puree the mixture (minus the cinnamon stick), add about two cups of light sugar, and continue cooking.” Once it’s reduced, you’ll be left with an exquisite tomato butter that’s perfect for spreading on crackers or sandwiches, or brushing onto grilled chicken or fish.

Figs might have the shortest life span of all the great summer produce, but there are a few ways to keep them alive for a bit longer—both sweet and savory. Konstantinakos is a fan of  packing them in a spiced syrup to highlight their sweet side. “Take whole fresh figs and preserve them in a syrup scented with cloves, allspice, and cinnamon,” she says. Then ladle them onto ice cream, yogurt, or oatmeal.

If you don’t have much of a sweet tooth, you might consider pickling figs as Hayes does. To do it, pack whole figs in a jar; bring a mixture of balsamic vinegar, honey, salt, and rosemary or thyme to a boil; and pour it over the figs. Let it cool, cover—and enjoy for as long as they last!

“I am a sucker for a good baba ganoush and always plant too many eggplants in my garden,” says Hayes, “so at the end of the season I roast all the eggplants.” No need to worry if your eggplants are slightly bruised or not the freshest—simply place them over an open flame or under a broiler until they’re evenly charred all around, then remove the skin, puree the flesh, freeze it, and save it until the next time you feel like making baba ganoush. She also recommends using a bit of mashed eggplant to thicken soup, stew, or curry.

Stone fruit—any fruit that contains a pit, including peaches, apricots, cherries, and nectarines—are at their peak in summer. Hayes preserves them by cooking them into a mostarda, a mustard-flavored syrup that can be paired with anything that needs a slightly vinegary, mustardy, sweet kick. To make it, you’ll need white wine, dried mustard seeds, Dijon mustard, bay leaves, a little sugar, and the stone fruit of your liking. Simply cook everything together in a pot over medium heat for about an hour until it’s condensed, jammy, and easy to spread.

“Everyone makes jams, jellies, or pies with berries, but I like to put twists on those old favorites,” says Hayes. She recommends remixing your atypical homemade jam with a bit of chili pepper or citrus: “This adds brightness and a slight spice that will wake up your palate.”

Jam isn’t the only option, though. Konstantinakos says you can also freeze unbaked pastries, like blueberry pies or scones, to enjoy at a later date. Of course, if you’d rather, just freeze berries in their original state so you can use them however you want in the future. Simply lay them in a single layer on a baking sheet and freeze until they’re totally solid—but try not to overlap the berries, otherwise they may freeze in large chunks.

Head on over to the farmers’ market and fill your tote to the brim—then make your produce picks last well into winter.

See more recipe ideas: This Ingredient Makes All of My Pasta Dishes Better 7 Lunch Sandwich Ideas That Are Way Better Than a Sad Salad 14 One-Pan Recipes to Make When You’re Short on Time