This Ingredient Makes All of My Pasta Dishes Better

Give these nine recipes a whirl. 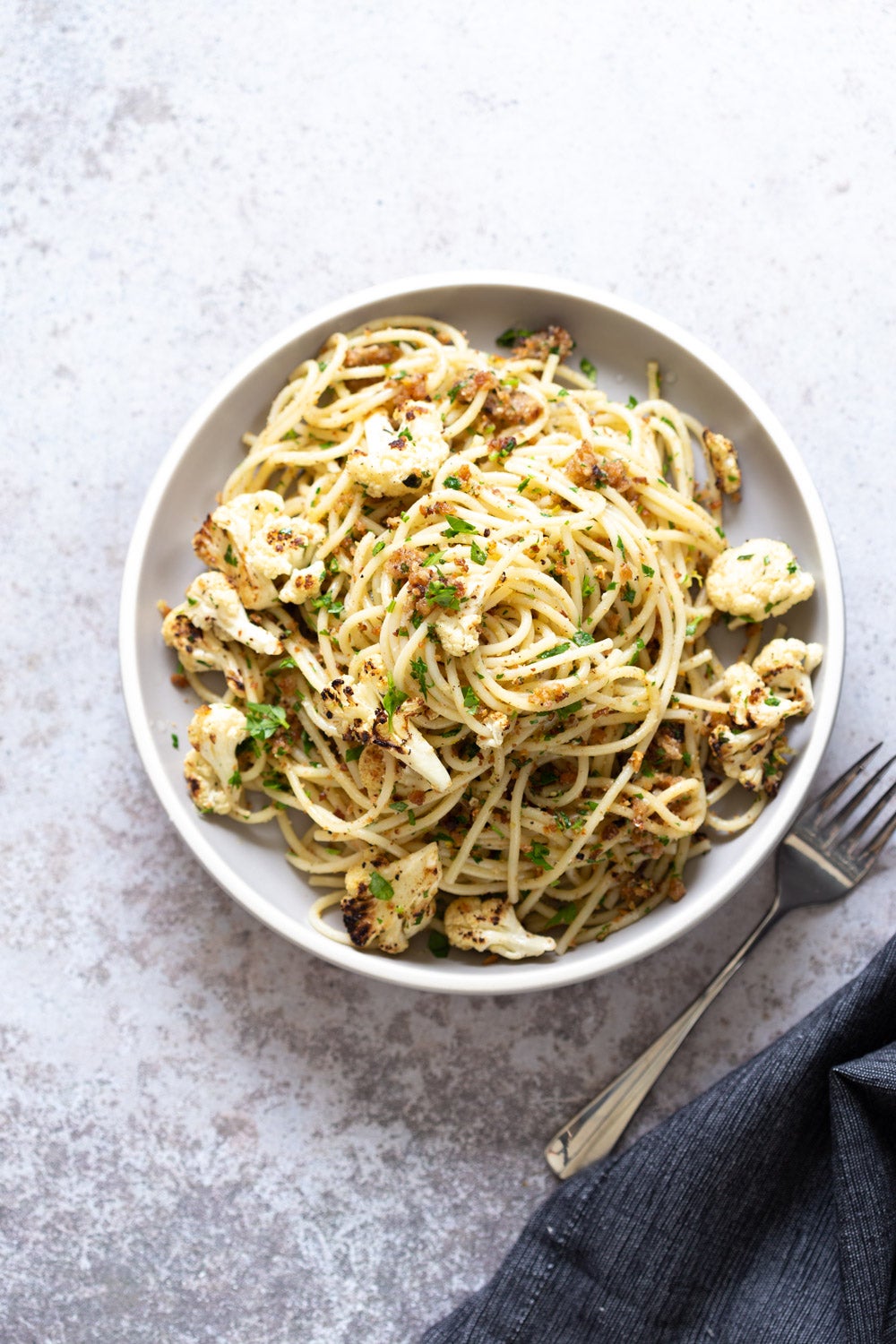 Like Hansel and Gretel, I’m a big fan of breadcrumbs. Granted, I don’t scatter them on the forest floor as I wander into homes in search of some gingerbread house where I might inevitably run into a witch. No, I have a different use for them—I put them on nearly every single pasta dish that I make.

Hold on, you might be thinking, why would you put breadcrumbs on top of pasta? It’s a fair question. Isn’t that just one type of carb on top of another? Yes, precisely—and that’s what makes this combination so golden. Literally.

Whether you’ve concocted cacio e pepe or penne alla vodka or even just classic spaghetti pomodoro, a hearty sprinkle of breadcrumbs, toasted and just slightly buttered up, lends a subtle crunch and savoriness that makes each and every bite even better. Add some Parmesan if you feel so inclined (you do). The result is pretty magical, considering it’s probably your average weeknight—just try these nine recipes for proof.

When it comes to a dish as stuffed with goodness as ravioli (too much?), there’s no need to overdo it with a heavy sauce. Figs and Pigs makes a dreamy topping with breadcrumbs, chive flowers, and a few other ingredients you probably already have at home.

Served on top of an extra-creamy pasta (like Love and Good Stuff’s Gorgonzola spaghetti), breadcrumbs help to balance out richness with some texture. With just six simple ingredients, you have no reason not to make this recipe yourself.

Another reason why breadcrumbs are so great? They give your pasta a fresh-out-of-the-oven, baked effect, without requiring any extra cooking time. Spoon Fork Bacon ups the ante with parsley, basil, and plenty of Parmesan.

The Original Dish makes a good case for plunking olives in your weeknight pasta. Along with chives, broccolini, and, of course, breadcrumbs, it’s a fancy dinner that can be on the table in 30 minutes.

You don’t have to clear your night when you get a ziti craving—Vegan Richa shows how it’s done with an Instant Pot. A topping of homemade vegan Parmesan (grab that nutritional yeast) and breadcrumbs makes it even more delectable.

Even dairy-free folks can get on the breadcrumb bandwagon. In this recipe by The Curious Chickpea, leftover crumbs from the coating on cubes of crispy tofu become the perfect vegan garnish. Parmesan who?

We never thought to pair whole roasted carrots with pasta before, but Well and Full has us convinced. Garlicky, citrusy spaghetti and salt-and-pepper crumbs are the perfect complement to this root vegetable.

Bucatini With Burrata and Fried Breadcrumbs

Not to be dramatic, but we’re pretty sure this ultra-simple recipe by The Original Dish is worthy of several awards. Crispy, homemade breadcrumbs are the best supporting actor to buratta’s starring role.

This lemony pasta by Vegan Richa is coated in freshly made breadcrumbs for a deeply satisfying, savory finish. Cauliflower makes a great addition, but feel free to throw in some roasted tomatoes, too.

This story was originally published in November 2019 and has since been updated.

See more recipes: 7 Instant Pot Recipes for When Your Weekday Energy Is Zapped Green Goddess Isn’t Just for Salads—Try These 9 Unexpected Recipes 6 Weeknight Dinner Ideas That Can Be Served in 30 Minutes