When Skate Parks Closed, This Dad Built His Kids a Backyard Half-Pipe

The whole family got involved. 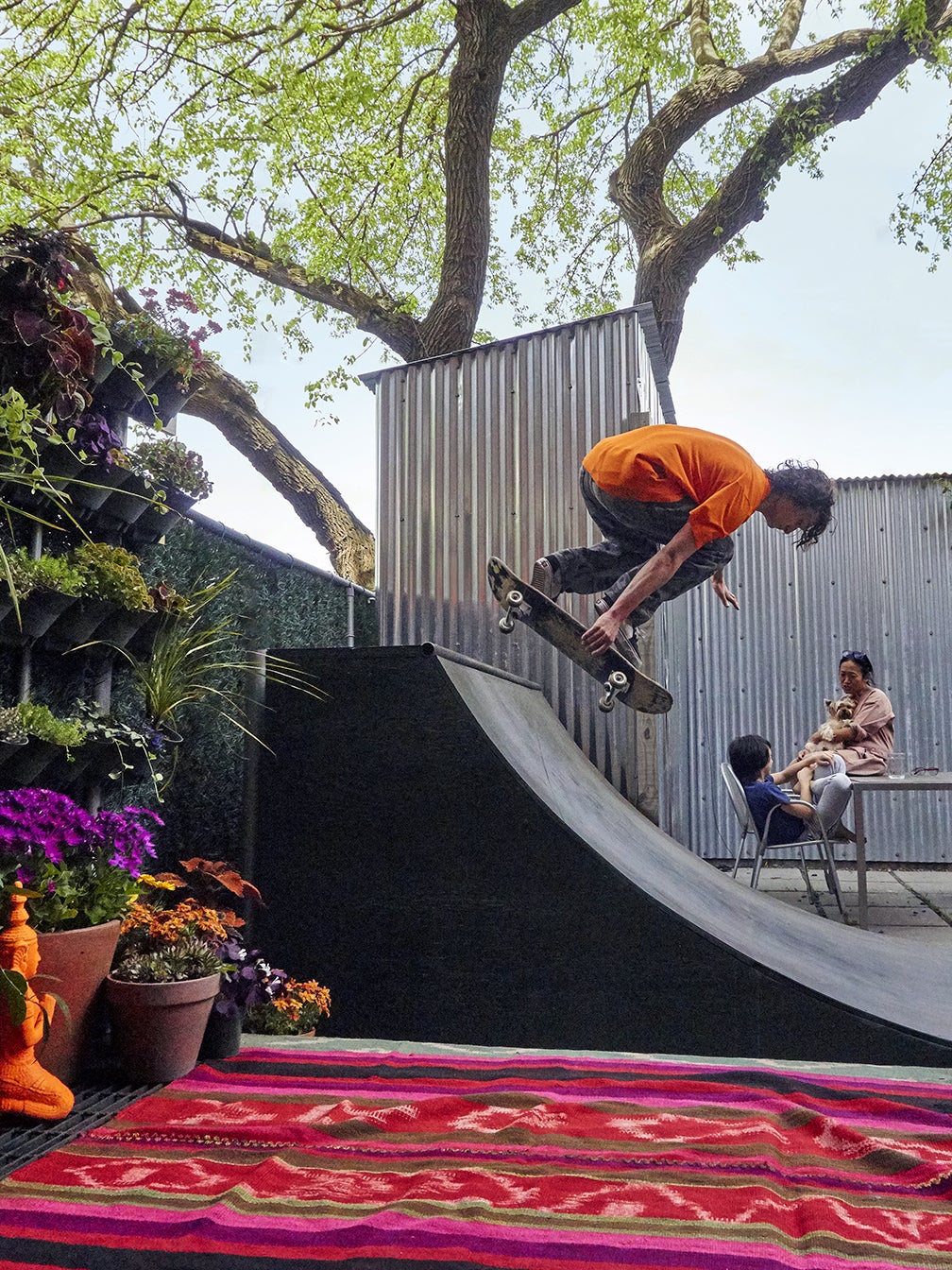 The last time Devon Jarvis built a half-pipe was around 1986 or ’87. The photographer had grown up skateboarding and learned how to construct his own with his friends. But when the pandemic put parks out of the question in March, he decided to make one for the first time in more than 30 years—not for himself but for his two sons, 12-year-old Max and 17-year-old Sam.

Right before quarantine Sam had just started skating again after breaking his arm two years earlier. “He had gotten really into it and was going out a lot, so when we had to stay home he was just devastated,” his mother, Jean, explains. “This project was a way to keep him inside and keep him sane.”

Jean, Devon, and the boys took a few trips in their van to the hardware store to gather all the materials they would need to construct a ramp in their Park Slope, Brooklyn, backyard. For about $1,200, they got everything: plywood, transition plates, 2-by-4s, masonite hardboard, and oil-based paint. There are plenty of YouTube tutorials that can walk a DIYer through the process of making a ramp, so Devon drew from his own experience and also downloaded an assortment of how-tos. Sam added his input on the height and curve of the pipe, and together they sketched a design.

Over the course of two weeks—which were filled with rainstorms that drew the process out—they got busy, first building a platform that would make sure the half-pipe stood level in the unevenly paved yard, then cutting out side plates and installing 2-by-4s in between them, installing the hardboard as the skating surface, and finishing it with paint. Eventually they might resurface it with a material that can better stand up to the rain, but for now they’re fine covering it with a tarp when bad weather strikes.

Once they finished, Sam started skating again, spending hours on the half-pipe at least every other day. Devon gets on the board on occasion, too, though he says he’s not committed to learning any new tricks right now—just avoiding injuries. “It’s been a great thing I get to revisit now that I have kids who are into it,” he says. “It’s a lot of fun.”