Because the excitement of “demo day” never gets old. 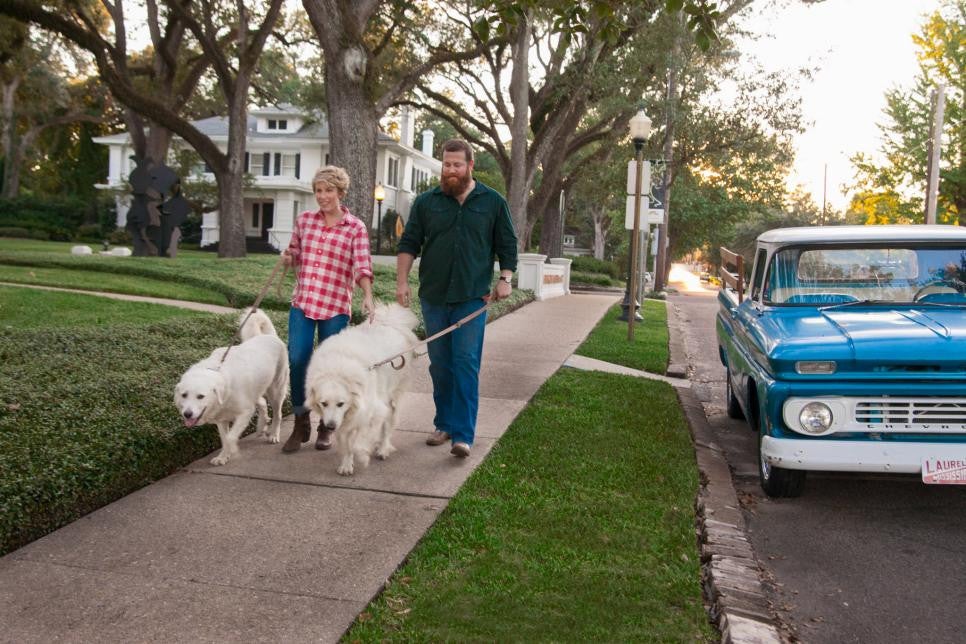 Get ready, because home makeover mavens Ben and Erin Napier are totally the new Chip and Joanna. The craftsman and artist couple live in Laurel, Mississippi, welcoming newcomers to their small Southern town and helping them scout and restore historic houses on the new HGTV show Home Town, which premiered last night.

The series premiere focused on Kelvin and Kristen Robinson who, along with their three children, had recently relocated from Kansas. The military family shared their emotional journey with the Napiers, who would go on to create a dream home for the Robinsons. Here, nine things we learned from the premiere episode:

1. The man cave fight is universal.

No matter the situation, there’s always a designated room that inspires a fight over whether it should be a man cave or whatever the other head of household wants it to be. In this scenario, Kristen wanted to use the extra space for a homeschooling room. (Spoiler: She won.)

You don’t always need a major overhaul. Refinishing the floors, painting the walls, and switching light fixtures can go a long way.

3. Sometimes, you need to call in an exper

t. After sledgehammering the cabinets in the kitchen, Ben was nervous about how much heavier they were structurally, so he called in reinforcements in the form of his friend Cliff (the Yoda of the construction world, per Ben) to make sure he and his team didn’t do damage to the house.

The Robinsons did it when it came to their fixer-upper; the Blackledge house’s original price was $120,000.

Erin enlisted the help of local haunt, St. James Lighting, to make custom gas lanterns. To install the feature, Erin and Ben’s team had to remove beautiful, historic paneling inside the home. But Erin went for it, and the results were beautiful. We also learned how copper patina was created. Super cool.

Erin and Ben sourced old bowling-lane floorboards to create a butcher block for the top of the kitchen island. The end result was incredibly chic and boasts a cool story for dinner parties for years to come. Similarly, Ben made a new mantel from materials found in the house for the fireplace and sourced old wood from houses all over Laurel for the cubbies in the mud room.

Kelvin and Kristen were uninspired by the Mid-Century kitchen appliances in the house, but if they had decided to keep them, they were actually totally functional and retro-chic.

9. A leak isn’t necessarily the end of the world.

When Ben was putting in a new half bath, he discovered a crack in a pipe leaking into the basement, which could have meant there were underground leaks. Luckily, the leak was limited to a couple feet into the house and set the Robinsons back only a few thousand dollars, as opposed to the mega structural damage that could have resulted in the home’s foundation.

Overall, we learned that renovations, an adorable husband and wife duo, and seriously cheap real estate make for an enjoyable show.