You’ve Been Seeing a Lot of This Mirror Lately

There’s a reason why. 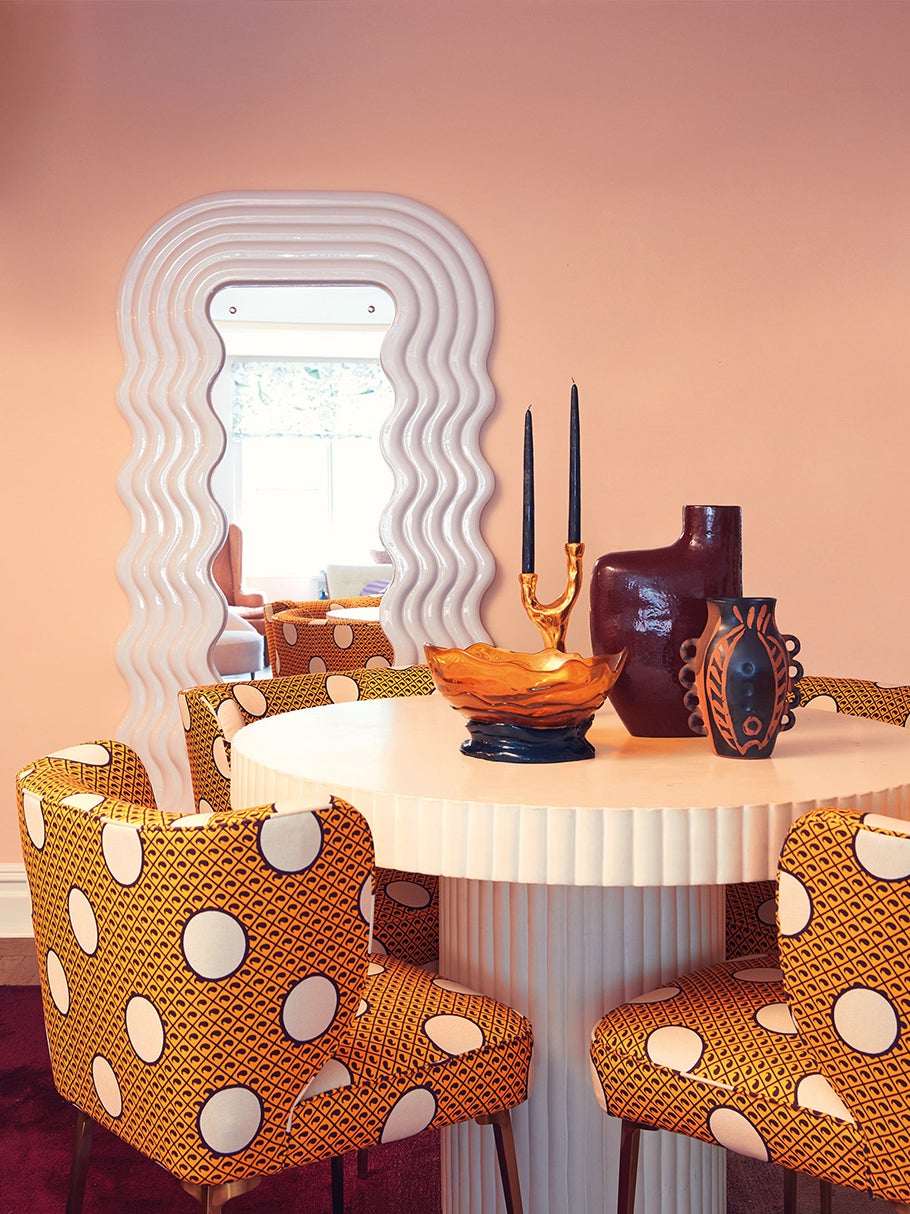 Sometimes the mirror is actually the one that’s the fairest of them all—especially if it’s the squiggly, sometimes white, sometimes pink one you’ve seen all over Instagram. The funny thing is, it’s hardly new—that mirror is Ettore Sottsass’s Ultrafragola, originally designed in 1970, and it’s merely having a renaissance.

The Ultrafragola (“ultra strawberry” in Italian) may predate the founding of the Memphis Group, but it’s entirely in line with that aesthetic. And somehow it strikes the ideal balance between all-out ’80s and fresh, fun, contemporary; hence its newfound stature as a status buy.

Rapper Frank Ocean has it. Lighting designer Jonathan Entler covets it. And it can also be found on 1stdibs.com. With its delightfully curvy, illuminated frame, it has become fodder for the Instagram age. But with the mirror’s roots in one of history’s most influential design movements, it’s the perfect branch between old and new. Not a bad thing to value, if you ask us. Admittedly, as a piece of history and a thoroughly iconic design, the Ultrafragola comes with a steep price, generally around $10,000. But it is definitely worthy of daydreams, no? Let’s take a look at all the ways it can be styled.

The Ultrafragola fits in like a puzzle piece in Danish style influencer Marie Jedig’s home, where there are tons of playful touches (like a tile console by Ikon København and a retro lamp by Flos).

As a Dramatic End-of-Hall Accent

Sure, this mirror is functional, but make no mistake: It’s also a work of art. Here, interior designer Tasmin Johnson positioned it at the end of a short corridor to emphasize its presence.

In Lena Dunham’s New York City apartment, the mirror enjoys pride of place in the dining room. Pair it with graphic chairs and a sculptural table, and suddenly this room doesn’t feel so serious anymore.

Up Against a Textured Wall

Wallpaper, stone, brick: They’ll all go with this piece (the more pattern the better). Simply prop it up—like in the Jane Richards Interiors store—plug it in, and let it do its thing.

The mirror looks great turned off, but it really steals the show when it’s lit up. The neon lights that run inside it are what give it a rosy glow, otherwise it appears white.

It’s okay if you’re not all about Memphis; the Ultrafragola can blend in with plenty of different styles. In landscape architect Kimberly Von Koontz’s New York home, the mirror is a squiggly contrast to all the structured mid-century Italian collectibles, like a Superleggera chair.

In an All-Out Tribute

Sasha Bikoff’s display at last year’s Kips Bay Decorator Show House is anything but subtle, with a cacophony of Memphis patterns filling every inch of the space. Amid so much color and print, the Ultrafragola is actually a point of serenity.

This story was originally published on July 11, 2019. It has been updated.