“How hard could it be” was the theme of the scrappy renovation. 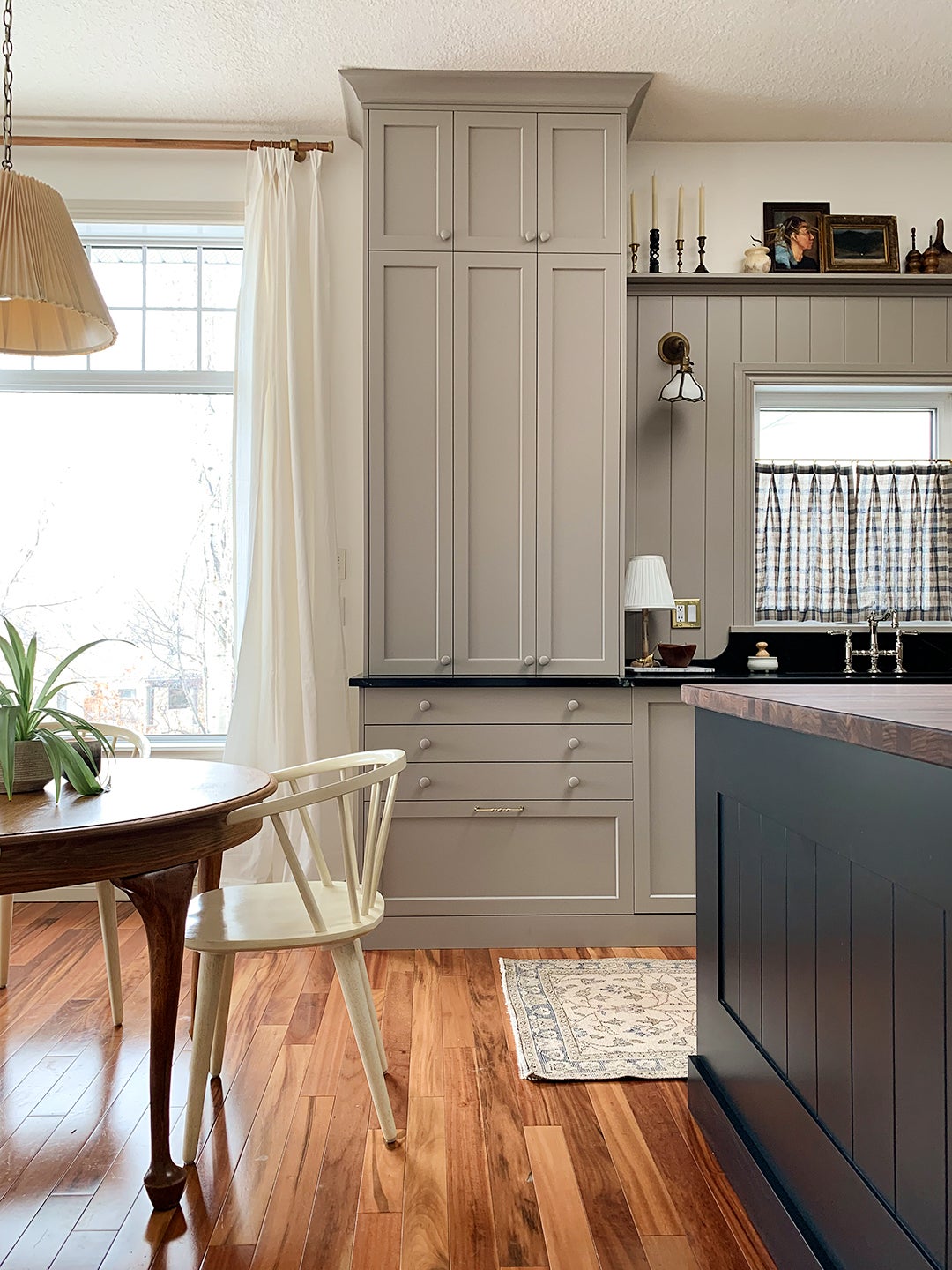 After living in her 1990s home in Alberta, Canada, for five years, Erin Zubot had spent enough days bumping into the awkwardly angled kitchen island. “I had been planning to focus on cosmetic upgrades, but the longer I spent cooking there, the more I realized it wasn’t functional,” the content creator explains. A way-too-deep pantry, not enough cabinet space, and dim recessed lighting just weren’t up to Zubot’s standards, not to mention the dark brown walls. The first item on her to-do list? Move the stove out of her way.

Although the island appeared to offer an ample amount of counter space, it actually housed a too-large electric cooktop, leaving just the corners on which to prep veggies. “I would come home and have to place all of my grocery bags on the stove,” she remembers.

By getting rid of the fixture—Zubot sold it and her wall oven in order to purchase an all-in-one version—she could craft her dream rectangular island, complete with butcher block counters (stained darker to match the floors) and plenty of drawer storage for Tupperware and small appliances.

Use Up Every Inch

The old cabinetry floated nearly 18 inches from the ceiling with a chunky shelf on top, making Zubot feel a bit claustrophobic despite the room’s almost-10-foot height. To make things even stranger, the “overhead” lighting was built into the same ledge. To match the rest of the home’s airy feeling, she tore the platform clean off the walls. In its place hang IKEA Sektion cabinets with custom Shaker fronts. No more awkward, empty vertical space. And that wasn’t where the demolition stopped.

That large corner pantry also had to go. Zubot wasn’t storing enough on its dim shelves to make the square footage it took up worth it. “Anything is better than dead space,” she says. By removing the door, she could extend her new upper cabinets to the room’s true corner and make room for a custom arched stove-hood cover in the process.

Fake It Until You Make It

Due to her region’s strict electrical codes, Zubot’s vision of an appliance garage was nearly crushed. “The issue was we can’t leave them plugged in all the time when they’re out of sight,” she explains. So instead of a flip-open cabinet, she positioned her coffee maker on a pull-out tray tucked next to the stove. Her mugs are on a shelf above; all it takes is a roll of the platform for her morning cuppa.

On the right-hand side of the alcove is another handy niche—this one to hold all of Zubot’s spices within easy reach. A custom shelving unit with mini gallery bars keeps every cinnamon stick and bay leaf in place.

Design Your Own Tile

While most people opt for store-bought tile for their backsplash, Zubot couldn’t find anything to fit her exact vision: an octagonal marble pattern. Paying a premium for a custom order wasn’t an option, so she broke out her handy rotary saw and cut the less expensive large slabs of black and white marble down to size. “Why would I pay for someone to cut shapes with a tool I already have?” Zubot says. “How hard could it really be?”