Plus the container style she swears by for an organized pantry. 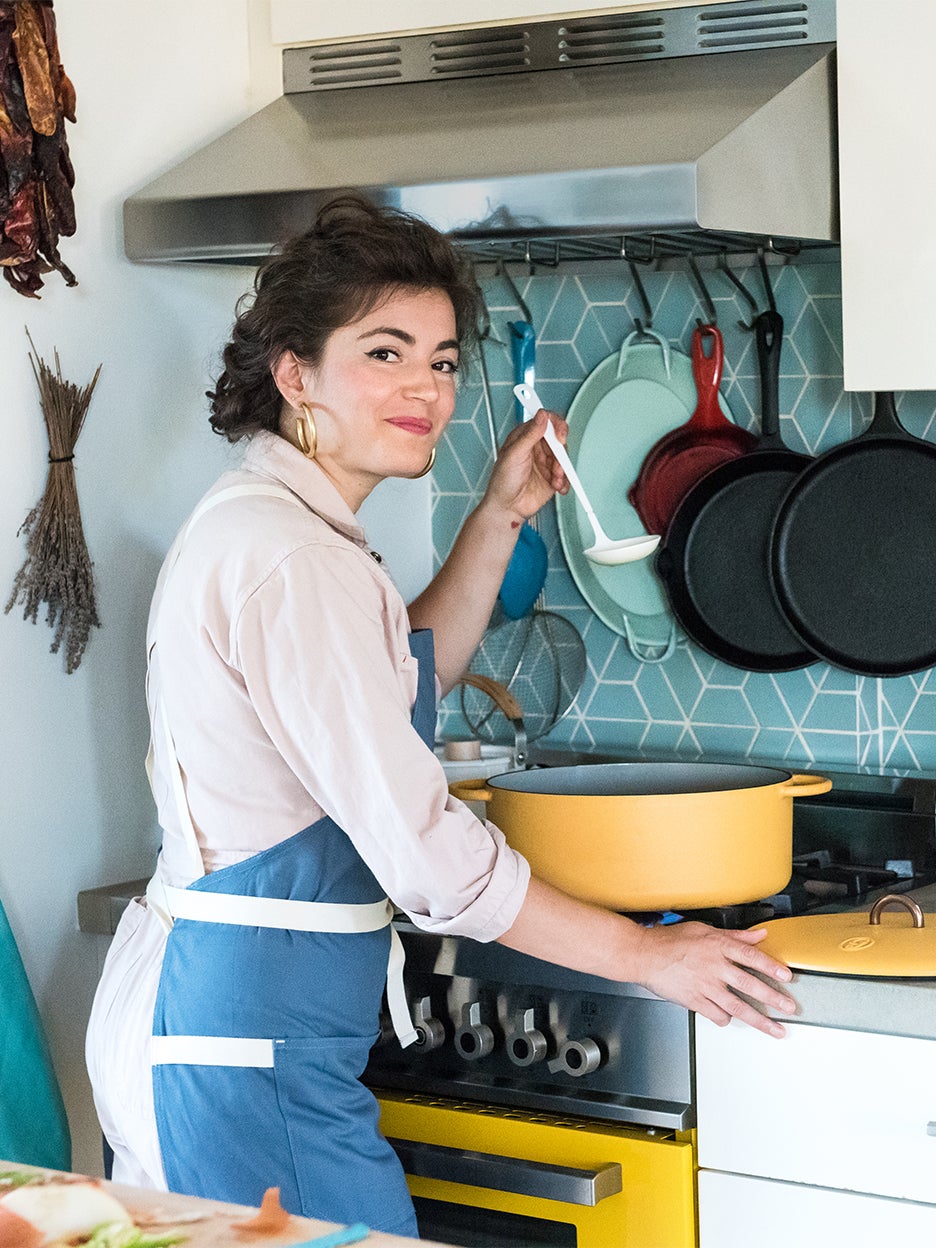 Welcome to The Great Ones, a collaboration with Great Jones that takes us inside the spaces of designers and creatives with great taste—both in and out of the kitchen. Ellen Marie Bennett is the founder of Hedley & Bennett, a premium apron and culinary-wear company. At her home in Los Angeles, Bennett makes an “abuelita-style” pot of beans and chats about finding fun in functional designs. I’m half Mexican and half American, and I grew up in Los Angeles—but I also simultaneously grew up in Mexico. I would go there for three to four months at a time, and what was really special about it to me was how much time I spent in the kitchen, at the knee of my grandma, pulling on her apron and being like: “What are you making? Show me that. It smells good. I want some.” I grew up with this deep love for being in the kitchen.

The other side of my family is on the total opposite end of the spectrum. My Grandfather Hedley is English and really proper. Like, he has tortoises in the backyard and tea every day at 4 o’clock. But I always connected to Mexican culture more. I was like, Yeah, this tea and tortoise thing is okay, but I’d rather be playing soccer barefoot and eating bowls of beans and cheese that we got from the local market.

I ended up living in Mexico City for about four years after I turned 18, and while I was there I realized how much I loved cooking and the happiness and joy it brought people, so that’s how I ended up going to culinary school. When I came back from Mexico, I decided I wanted to make a taco empire, so I went and got a job at Providence so I could learn how restaurants work. I was well on my way to becoming a chef, but while I was working there I noticed the uniforms sucked and nobody felt really great in their gear. So I set out to make the best apron in the world.

People were like, “That’s a ridiculous idea. What do you mean the best apron in the world?” In a professional kitchen, the apron is the most important thing to protect you while you’re cooking, alongside needing a knife and the food that you’re making. Every chef has an apron. So this idea of, like, look the part and be the part and then do the part was just a little bit missing here.

I’m a big runner, and when I first started running, I got myself a great Nike outfit and was like, Okay, now I’m a runner. I signed up for the New York City Marathon and ran it, and it really all stemmed from this idea that I felt like I could because I had this great outfit. It made me feel legit. I thought, Man, if I can make people just feel legit in the kitchen, we could change the whole way people approach the kitchen. We can make people feel inspired. It’s morphed into so many other things, but at its core, Hedley & Bennett is about inspiring people to look and feel the part. Whether you’re a professional chef or a home cook, you should have the right gear to back up everything you’re making.

Everything is function first, but you better make it look nice and fun and colorful. Those are my design principles in life and in the house and in my job. I think the split, in a weird way, is my super-proper English grandfather, who is a rocket scientist and very analytical and organized. And then you’ve got the other side of me, which is super-Mexican and colorful and out there. It’s a combination of my cultures, too, and the way I was brought up.

I think of everything I do and everything Hedley & Bennett does as a bridge from the professional kitchen to the home kitchen. The way I set up my home kitchen is no different. I take all the tips and tricks I learned from my years in a professional kitchen and bring them to my home. In some cases, I make them look a little nicer but still with that same philosophy of function first. If it doesn’t work, it’s just not going to work. The way I organize my pantry is very much like a dry storage in a restaurant.

I separate everything out by groups. I put all my dry goods in clear containers so I can see when they’re starting to get low. And it’s not just pretty; it’s really with the function of a restaurant: to take inventory of items. You can go through your pantry and say, “Looks like I’m running low on pecans; I’m going to buy some.” The idea is to have those essentials so when you are grocery shopping you really just need to pick up a few key things. All of my baking ingredients are in giant clear, square containers called Cambros, and it’s just brilliant because they all fit into one another and stack. Then I use painter’s tape and white chalk erase markers to label everything. My pantry is like the Container Store meets a restaurant-supply store.

Right next to my stove is my little “Bennett Station” that I always have ready to go. I have olive oil, vinegar, salt, pepper, and a grinder, and then I have a container that has my basic kitchen tools. Right next to that is a bowl of lemons, limes, onions, garlic, and ginger. That’s the core of cooking. When you have your basics down and your Bennett Station and apron, that’s how you begin to cook with confidence. Cooking is just about your journey and your adventure. It’s not about having it look perfect or like everyone else’s, because it’s your adventure; just make it unique to you. I’m going to make beans that are Mexican, not just the beans that I see on everyone’s Instagram, right? I’m going to make them my own.

This is real abuelita (grandma) Mexican food. I actually make these beans very similar to the way my grandma made them, but with my California access to crazy produce. And I like to cook in big batches, like an abuelita. I do not cook for a party of two, which is what exists in my household. I cook for a party of eight and end up freezing a lot. When I’m making beans, I’m really just throwing a ton of shit in a pot and doing other things. Leave it, set it, and forget it.

I started by adding water to the Dutchess, then added a whole head of garlic, an entire onion, four or five carrots, and some parsnips, which I love because it just adds such a sweetness to the beans. Then I did celery, poblano pepper, serrano chili, peppers, and this bunch of beautiful orange baby tomatoes from the market. Next, I added a ton of olive oil, salt, and pepper. Then I threw a bunch of cilantro in there. Oh, and I used Belcampo, which has a really great chicken stock that has a little bit of duck broth, and it’s incredible, so I added that, too. I let it go for two and a half hours. I finish with extra cilantro toward the end and hit it with tons of lime juice when I’m eating it. It’s got the essence of those classic pots of beans that you see all over food magazines, but with the guts of a Mexican abuelita guiding the way.

Bennett’s go-to pot: The Dutchess. “An essential in the kitchen.” 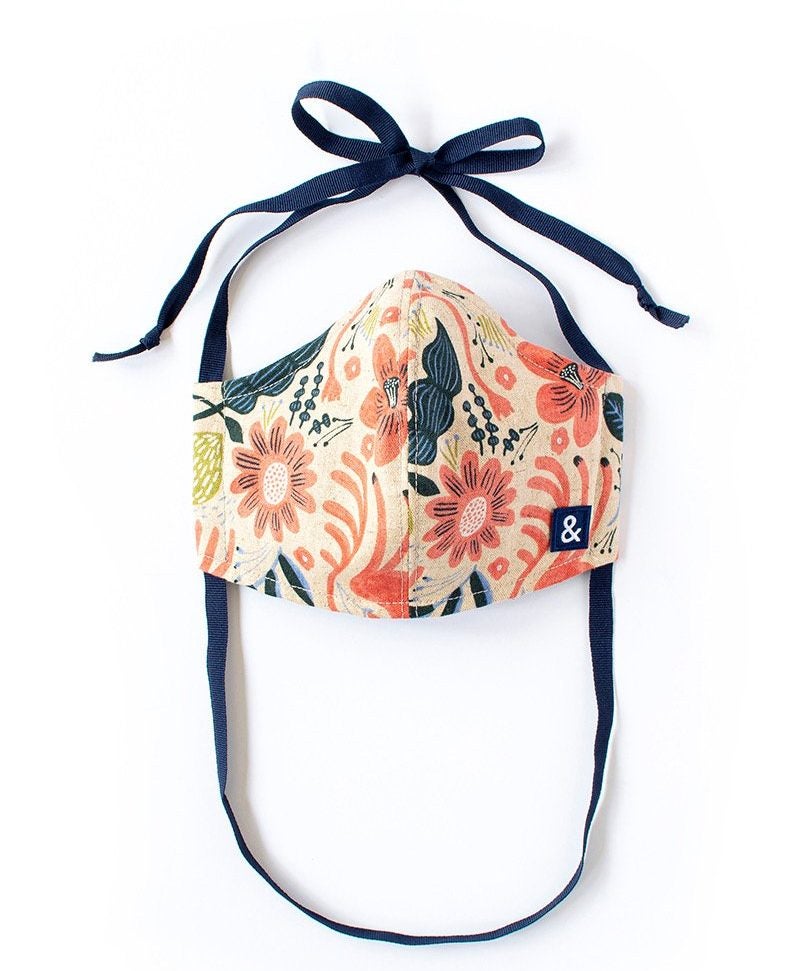 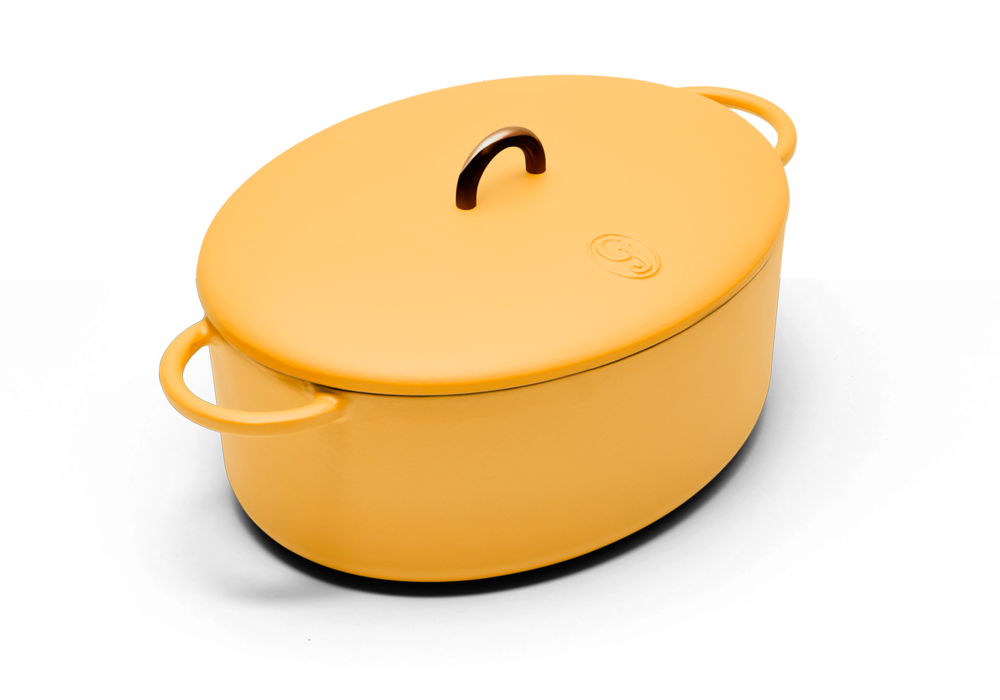