It’s now the talk of the neighborhood. 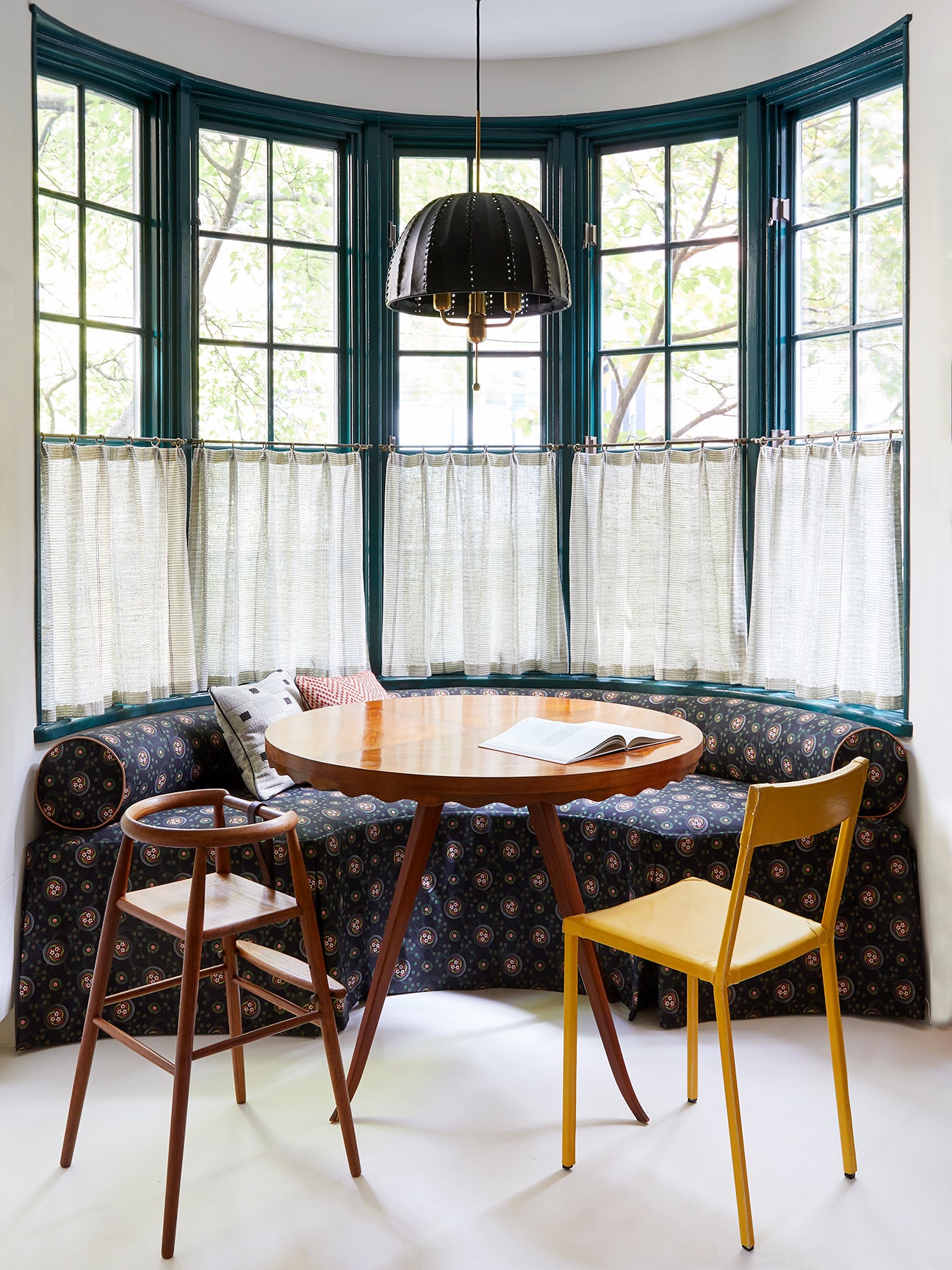 For years, Amanda Jesse and Whitney Parris-Lamb had tried to sell homeowner after homeowner on a beautifully textured Spanish terra-cotta tile from Walker Zanger, but none would take the bait. So when the duo behind the design firm Jesse Parris-Lamb was asked to remodel the kitchen in this year’s Brooklyn Heights Designer Showhouse—the freestanding 1820s house on a picturesque, tree-lined street was in need of a face-lift to appeal to the area’s younger buyers—they jumped at the chance to finally bring their vision to life.

“The feedback has always been that it’s too heavy or too old-fashioned,” explains Parris-Lamb. But in the end, it’s the element that’s received the most acclaim from passersby. Sometimes you have to see it to believe it. After ripping up the dark oak cabinetry, the designers created a fresh, youthful space—but not without a few nods to its 200-year history. Here’s how they made all the pieces fit (in just five weeks!).

They used classic tile in a modern way

Jesse and Parris-Lamb knew they needed to install the terra-cotta material in an unpredictable way to make it feel vibrant, so they covered the walls from floor to ceiling with it, even applying it over the vent hood and creating a ledge under the window. The result: a minimal, monolithic feel. “We love using tile three-dimensionally on corners and outside edges to create a unified treatment,” explains Jesse. Paired with seamless white cabinets, the surface is anything but heavy and dark.

They hand-painted antique textile motifs on the floor

The kitchen was a late 20th–century addition, so the narrow, oak plank floor couldn’t compete with the gorgeous wider version in the adjacent rooms. Not wanted to rip up the floors for the sake of timeline, the duo decided to paint them instead—but not a solid color.

They started with a clean white slate. Then, inspired by a sketch by textile artist Anni Albers from the early 1900s, the duo worked with a decorative painter to apply a geometric pattern by hand over top. “It still feels as new and fresh today as it did then,” says Jesse. The motif, concentrated in the center of the kitchen, acts like an area rug—but without the vacuuming that comes with it.

They took advantage of the whole color wheel

As a contrast to all the rust and cream hues, the designers opted for black countertops and appliances—they even picked the shade for the apron-front farmhouse sink. “We treat black as a neutral and use it frequently in our designs,” says Jesse. “We like the graphic punch it adds.”  The window frames got a more colorful treatment: a high-gloss coat of teal paint that perfectly complements the copper tile.

They gave a nod to tradition in built-in furniture

The room’s bay window was calling for a breakfast nook with a curved bench that follows the footprint of the rounded wall. Jesse and Parris-Lamb picked a clean, minimal shape to offset the ornate upholstery by Décors Barbares. They paired the seat with a vintage Osvaldo Borsani dining table, which blends traditional Art Deco style (those scalloped edges!) with the clean lines of 1960s furniture, and lined the windows with bistro-style curtains in a Muriel Brandolini fabric.

“We tried to make this feel like a real, functional space where people could visualize themselves enjoying a cup of coffee on the banquette,” explains Parris-Lamb. “Our goal wasn’t a lofty, grand show kitchen but rather something that felt warm, approachable, and homey.” With a bit of imagination and a lot of patience, these designers proved that moody, chestnut-colored tile can achieve just that.

Discover more kitchens we love: This Tiny, Windowless Kitchen Feels Worlds Away From Foggy London This Kitchen Reno Will Have You Adding a Wall Cutout to Your Wish List I Used Peel-and-Stick Subway Tiles to Transform My Rental Kitchen