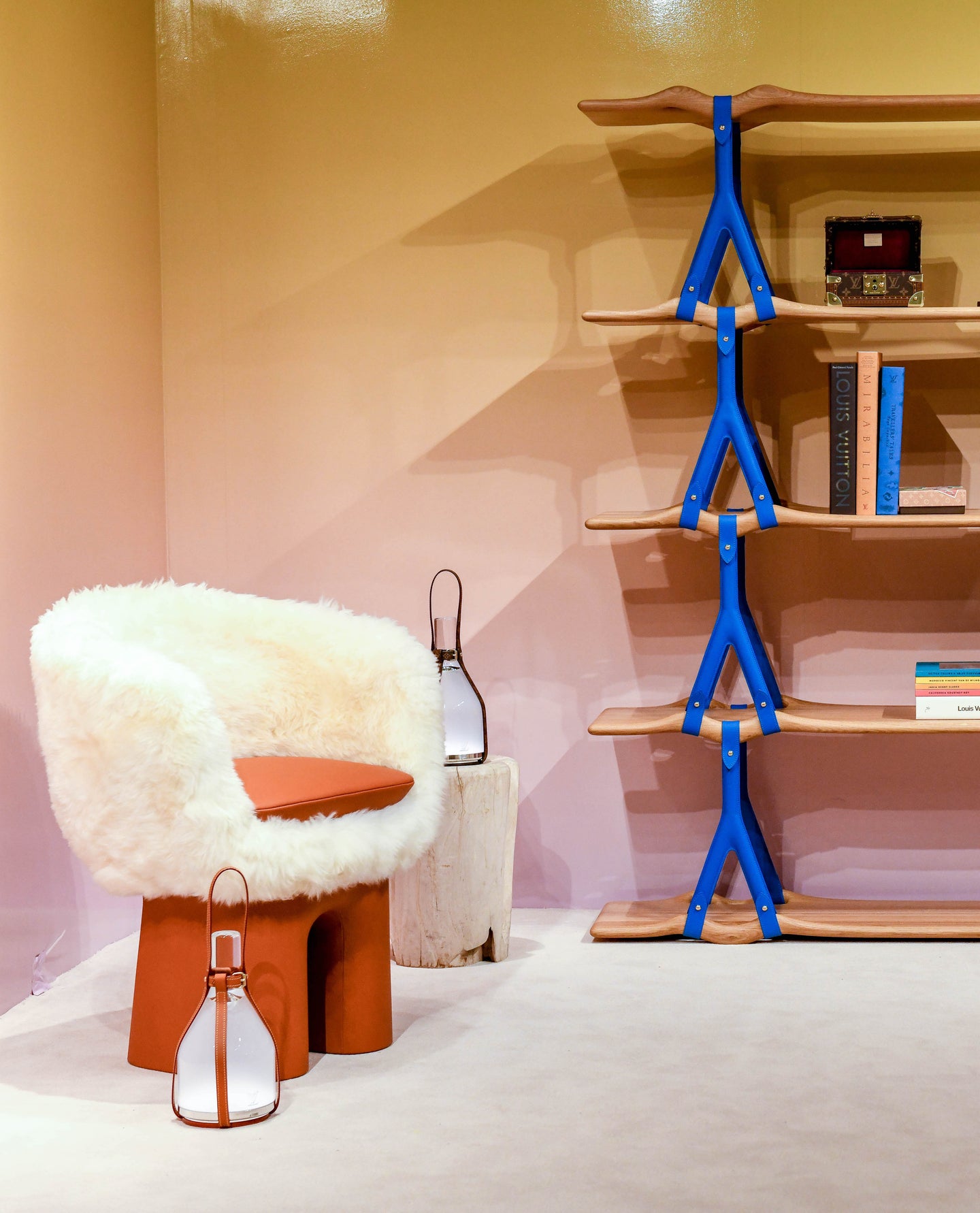 In sunny, vibrant Miami, fortune favors the bold—and that philosophy has well applied to the scene this year at Design Miami. A diverse set of international designers have convened in the Southern city to display their most innovative, boundary-pushing creations, and amid them, there was a distinctive color trend: bright, punchy blues. After all, Pantone just announced its 2020 color of the year as Classic Blue—which is splashier than navy but calmer than Yves Klein Blue—so the popularity of this hue is pretty much meant to be.

And though blue can sometimes be a “safe” color, Design Miami is not a place where designers play by the rules. That’s why, this year especially, we saw tons of dramatic moments, from Sasha Bikoff‘s trademark over-the-top take on Versace’s iconic prints to Atra‘s sumptuous, minimal-yet-gilded booth that featured creamy curved sofas. The ’90s are also having a moment, as evidenced by Balenciaga‘s cheeky inflatable couch and Barcelona-based Side Gallery‘s resin table by Sabine Marcelis.

Through it all, though, bold blues (especially when paired with quirky, geometric shapes) took center stage. These are the pieces that caught our eye.

A curved facade, a pop of turquoise inside, and shiny laminated coating all make this cabinet by Muller Van Severen a major accent piece.

Great minds think in duotone, as evidenced by this small cabinet by Luis Pons. The only thing better than one splashy shade of blue is two splashy shades of blue—plus a playful puzzle-like trim.

We loved these chairs by Raw Edges when we first saw them at Salone in March, and they proved the perfect complement to Andrew Kudless‘s new cobalt blue–accented shelving unit, Swell Wave, in Louis Vuitton’s Objets Nomades collection.

Who needs an Iron Throne when you can have a peacock seat instead? The Il Pavone collection by Marc Ange for Visionnaire might just be the most dramatic debut of the fair.