This Sustainable, Soundproofing Exterior Siding Is Cooler Than Clapboard

And it’s half the cost of cedar. 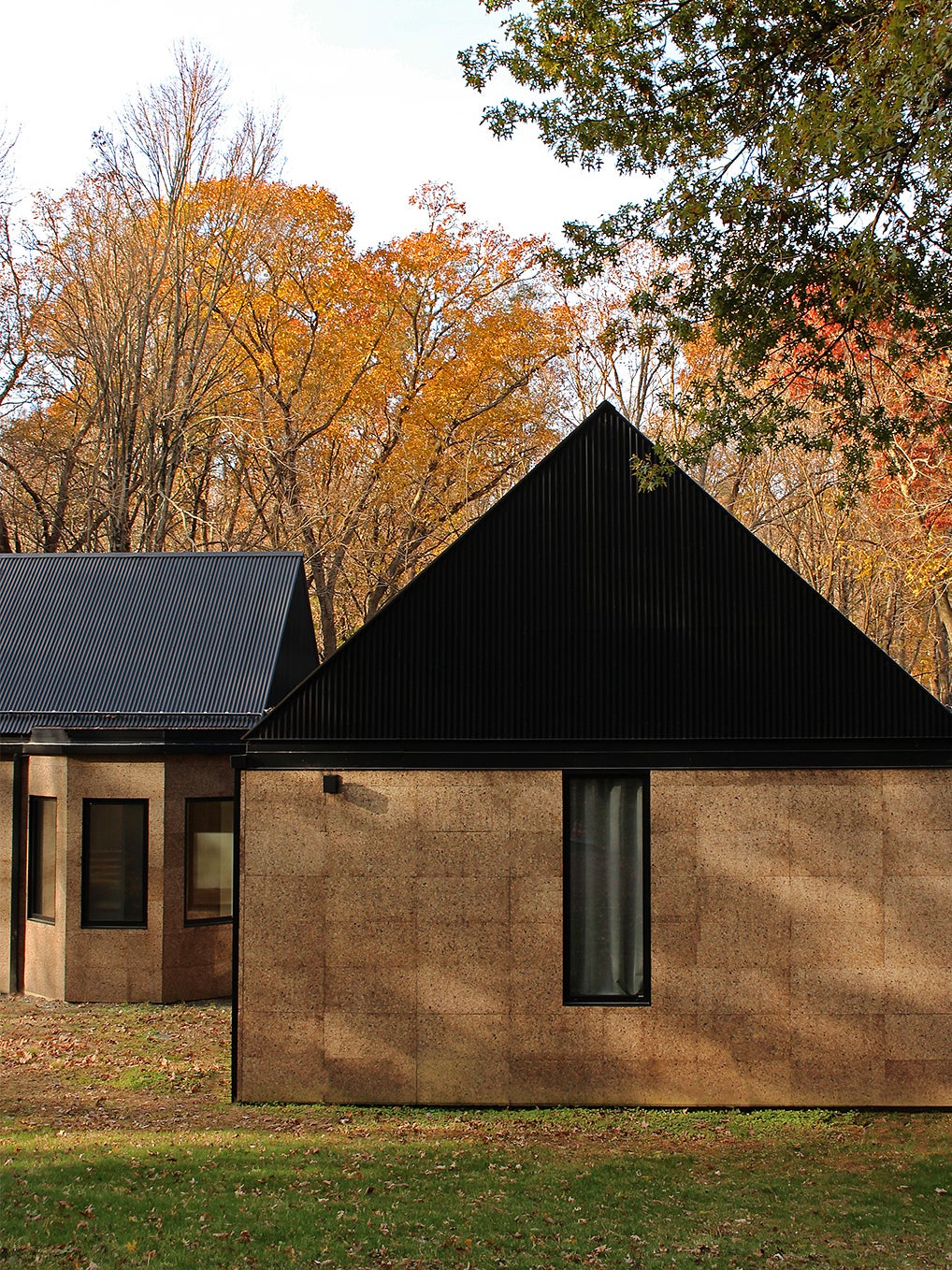 When architect Nate Dalesio and his wife decided to buy a house in northern Westchester, New York, they asked their real-estate agent to show them really bad houses on purpose. “We kept assuring her it wasn’t a problem,” recalls Dalesio. Their logic: The couple would rather gut renovate a “real piece of work” that’s super-affordable than max out their $500,000 budget on a place they weren’t even thrilled about. “We bought the worst home that she showed us,” he says.

The property they closed on had been sitting empty for three years and it showed: There were 50-foot-tall pine trees that had fallen in a storm laying in the yard, the roof had rotted, and everything inside the walls was moldy. It was an opportunity to tear it down to the foundation and begin again, and what better way to do that than embrace “the ultimate traditional material for the future,” as Tom Dixon calls it: cork.

Dalesio got the idea a few years ago after seeing a backyard work studio designed by Surman Weston that was clad in the natural material, which is extracted from the bark of the cork oak tree (or Quercus suber). “It just looked really clean and monolithic,” remembers Dalesio. When the architect did some research, he uncovered more perks.

Through an East Coast retailer, Dalesio discovered ThermaCork, a company that produces cork panels in Portugal for roofing, flooring, interior walls, and exterior siding. The facade-grade boards come in thicknesses between 1 and 12 inches. Dalesio opted for the 2-inch-thick version, which, at the time of his renovation, cost around $4.50 per square foot—almost half the price of cedarwood, an alternative material he was considering prior to discovering ThermaCork. “And then the labor for it was also less expensive because the panels are larger, so they’re easy to cut and install,” he adds. The pieces fit together almost like shiplap (each one has a lip that you screw into the sheathing, and the next panel covers the holes).

After cork is harvested from the oak tree, it’s brought to the company’s factory, where it’s deposited in a silo and carried in a channel that vibrates, separating out impurities. This process creates dust, which instead of being wasted is used as fuel for the production (around 90 percent of the energy needed to create ThermaCork comes from this dust). The final product is not only recyclable but its life span is up to 60 years, which was a key selling point for Dalesio, who wanted to make sure all the materials in the new house were going to last a long time. His goal was to follow The Pretty Good House building standard (a certification that is beyond up to code but a little more laid-back than the qualifications of a passive house). “I think it’s a really good guideline for standard things that you can do to improve the energy efficiency of your house and naturally makes the house a little more sustainable,” he says.

When first installed, the cork has an almost coffee-like tint to it, but within a few months the dark brown shade fades into a sandy tan hue due to sun exposure. The final result is a chic, soft, textured surface that delivers unexpected character unlike basic clapboard.

The only drawback, as Dalesio experienced, is that you might end up with a woodpecker (or two). “One day it decided it wanted to make a nest on the side of the house,” he recalls. Luckily that can be easily solved with ultrasonic sound repellent, mirrors, or wind chimes. Dalesio suspects the cork may also be a temptation for his two sons (ages 4 and 2). “My wife always jokes that I’m going to come home and find the kids’ artwork all over the front of the house,” he says with a laugh. We wouldn’t blame them—it’s the perfect mood-board surface, after all.