Do the Finishes in Chrissy Teigen’s Newly Listed Home Justify the Price Tag?

Surround yourself in brass and stone for $23M. 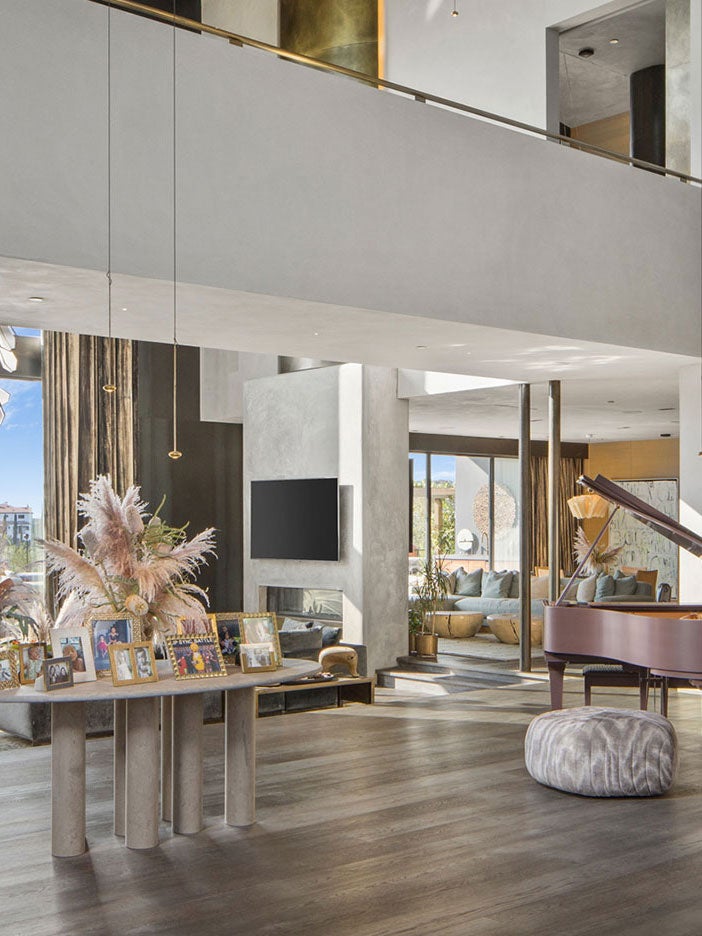 Shortly after announcing they’re expecting their third child, Chrissy Teigen and John Legend listed their seven-bedroom Beverly Hills mansion with the aim of finding a bigger place for their growing family. The model–turned–celebrity chef and the Grammy-winning artist first purchased the home in 2016 from Rihanna for $14 million. Its value today? $23 million.

The couple’s combined star power likely has a lot to do with the $10 million price jump, but they also made some dramatic renovations to the space, with the help of designer Don Stewart of Desiderata Design. Based on old listing photos, the 1966 house used to be pretty stark (practically everything from the kitchen cabinets to the walls to the fireplace was painted white). Legend and Teigen turned the blank canvas into a palace with luxe finishes. Can hardware-less cabinet doors, cerused oak floors, and clay- and steel-rolled walls increase a home’s value? These cosmetic updates were clearly the duo’s personal preferences, but some of them just might be worth bringing into your own space.

Look up in the foyer, beyond the second-story catwalk, and you’ll see a ceiling covered in bespoke mandala-patterned tiles from Thailand. The ornate panels are a nod to the Cravings author’s heritage, but they also call attention to the home’s impressive 33-foot-high ceilings (a major plus if you’re a buyer who is looking for that bright and airy feel).

Texture brings a ton of character to the formerly sleek home. Teigen and Legend have not one but two brass and concrete fireplaces (there’s one in the primary bedroom and one in the living area). The same patina metal also shows up on the doors leading to the dining room, making the secluded space an entertainer’s haven.

You can recoup nearly 65 percent of what you spend on a midrange bathroom remodel when you sell, according to the 2020 Cost vs. Value report. In addition to replacing the old sink basins with onyx ones, the A-listers topped the vanities with a slab of stone that drapes over the edge, almost as if they had considered making it a full waterfall feature. The walk-in shower and freestanding marble tub are other key buzzwords that set the listing apart. The view is a bonus.