Make this elevated bite at home. 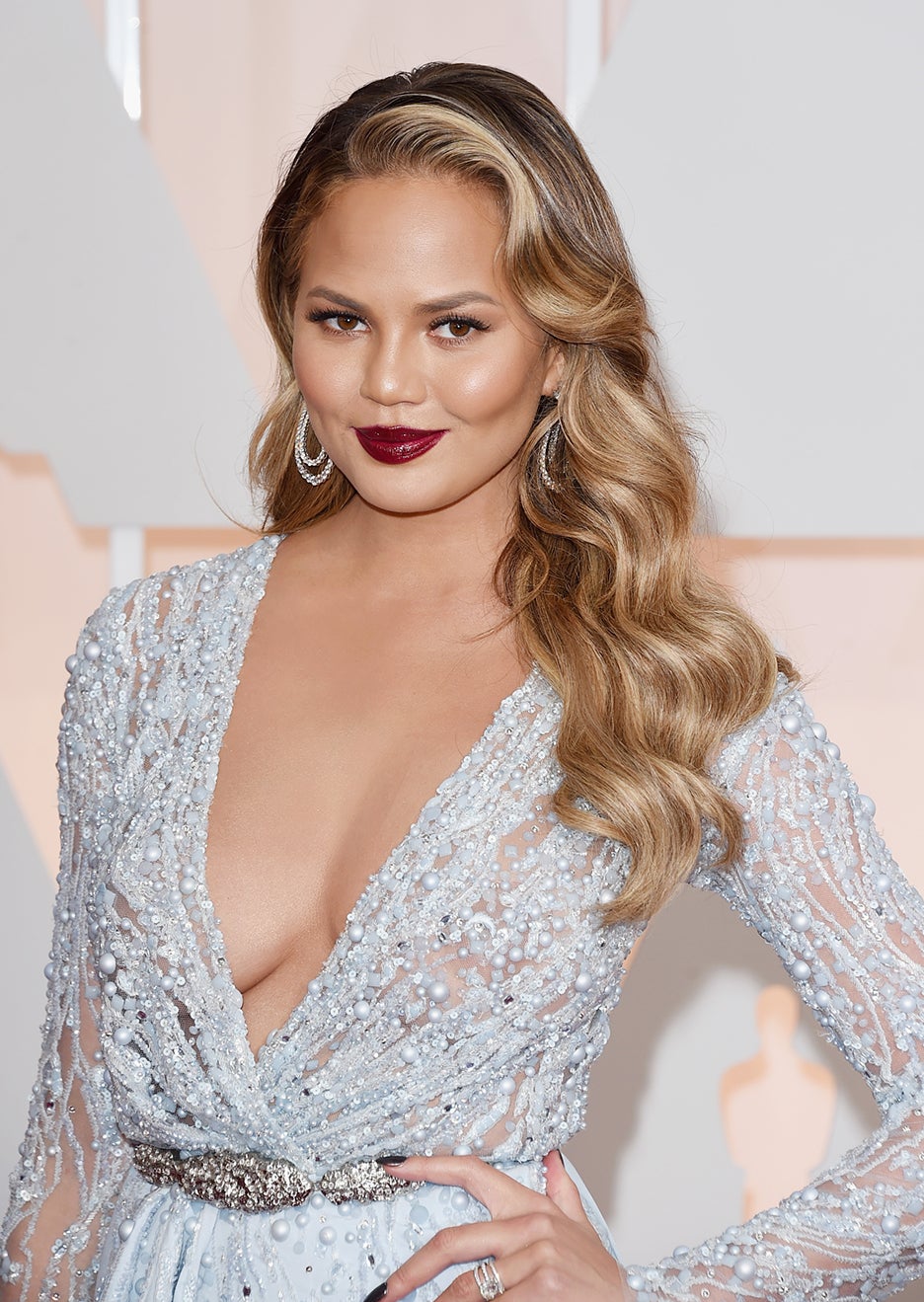 
Guys! I’m so excited to share that I’m partnering with @BlueApron for 6 weeks to bring you addictive recipes from my cookbook, Cravings!! Blue Apron makes home cooking (a minor obsession of mine) super easy and enjoyable, and I can’t wait for you guys to whip up some of my favorite recipes from the comfort of your own home. Did I mention you don’t have to step foot in the grocery store—or outside your house for that matter? TREAT YO SELF. #BlueApronxChrissyTeigen

If you aren’t following along with Chrissy Teigen’s regular recipe tutorials on Instagram Stories, your kitchen is seriously missing out. Sweet miso shishito peppers, cheesy chicken Milanese, and carrot coconut soup are just a few of the surprisingly doable recipes she’s pulled from her best-selling cookbook, Cravings, and broken down for followers with step-by-step videos. Maybe it’s Teigen’s relatable, everyday tone or the fact that she isn’t afraid to capture cooking failures on camera, but her Instagram tutorials never fail to fuel our appetite. Her latest creation is no exception.

Before heading off the annual Vanity Fair Oscars Party, the Lip Sync Battle host whipped up a delightfully light and crunchable snack: Saucy Lettuce Chicken Wraps. “Hi guys, it’s me, Chrissy Teigen. We are here on Oscar morning—Morning? It’s 2:30—making lettuce cups,” declares Teigen as she welcomes viewers to her kitchen. Part sweet, part spicy, and part savory, this filling recipe is worth bookmarking for future events and endeavors that require standing on your feet for hours on end and, perhaps, a tight squeeze into an even tighter gown.

In case you missed the tutorial (hint: You can still catch it on her Story Highlights), here’s a recipe breakdown so you can make it at home. 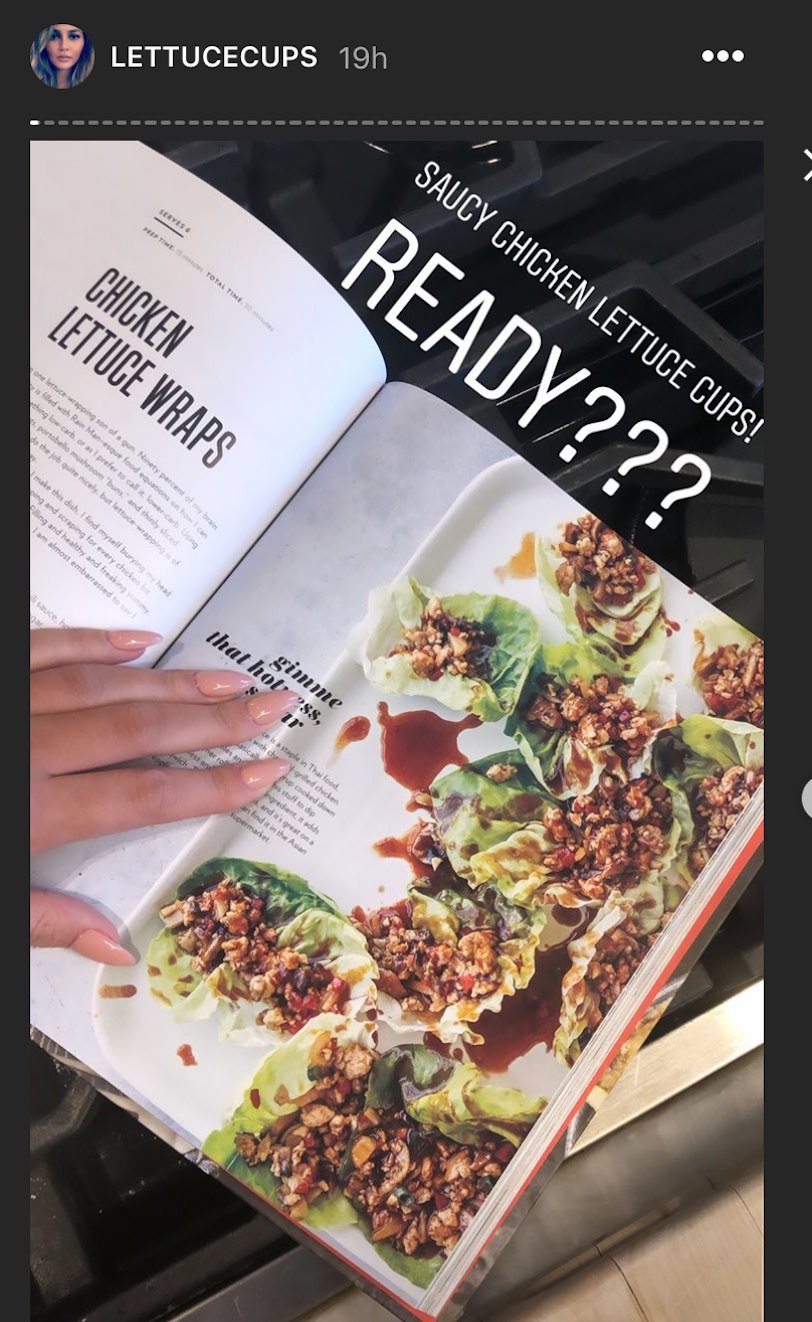 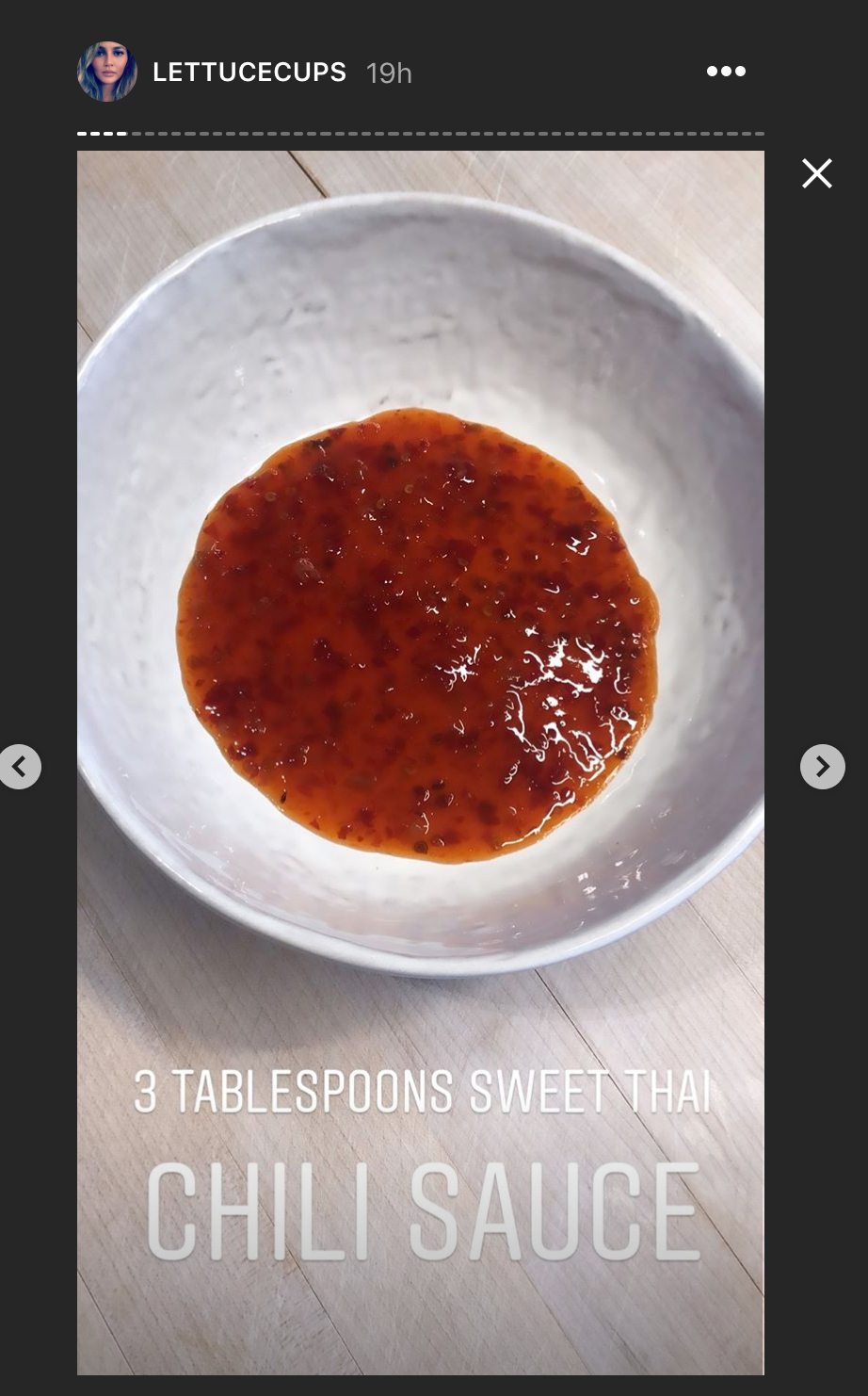 Teigen kicks off the tutorial by instructing viewers to grab their “dopest bowl,” which will be used to hold the sauce. Add the chili sauce, hoisin sauce, soy sauce, sriracha (Teigen is a fan of Weak Knees’ Gochujang Sriracha), vegetable oil, sesame, oil, garlic, and ginger to the bowl and mix. While the original recipe calls for white mushrooms, Teigen reveals that she only has oyster mushrooms to dice up. She then moves on to the water chestnuts, singing as she takes them out of the can before finely dicing them. The final stages of preparation include rinsing the butter lettuce cups and warming up the pan for the ground chicken.

“Now that we’ve established it’s me, I, Chrissy Teigen, I am going to put in two tablespoons of the sauce we made earlier into the ground chicken,” she declares before asking John to come into the kitchen to mix the sauce and the chicken with his hands. Teigen admits that this is not a day where she wants meat hiding under her nails, and we don’t blame her.

Once the ground chicken is cooked and thoroughly broken up, Teigen transfers the ingredients to a new plate and sautees the oil, ginger, and garlic for one minute in the same pan before adding the mushrooms and stirring for three minutes. “Nice work, John,” she says as he reintroduces the chicken back into the pan. Hot tip: Small words of encouragement go a long way in the kitchen.

Finally, she adds the bell peppers and water chestnuts into the mix before finishing the dish off with the sauce and scallions. After the chicken has been delicately laid out in the lettuce, Teigen declares that “it’s time” and takes a fulfilling bite.

In the final shot, the home cook extraordinaire shows her plated chicken wraps casually sitting next to the Lorraine Schwartz jewels she’ll be wearing that evening. We might not know what it’s like to don million-dollar gems, but we can definitely relate to the luxury of an easy-to-make lunch.

The Hair Product Chrissy Teigen Swears By (and You Will, Too)