Create the Farmhouse of Your Dreams Using What You Already Own

Take a lesson in “shopping your own home”—yes, it’s a thing. 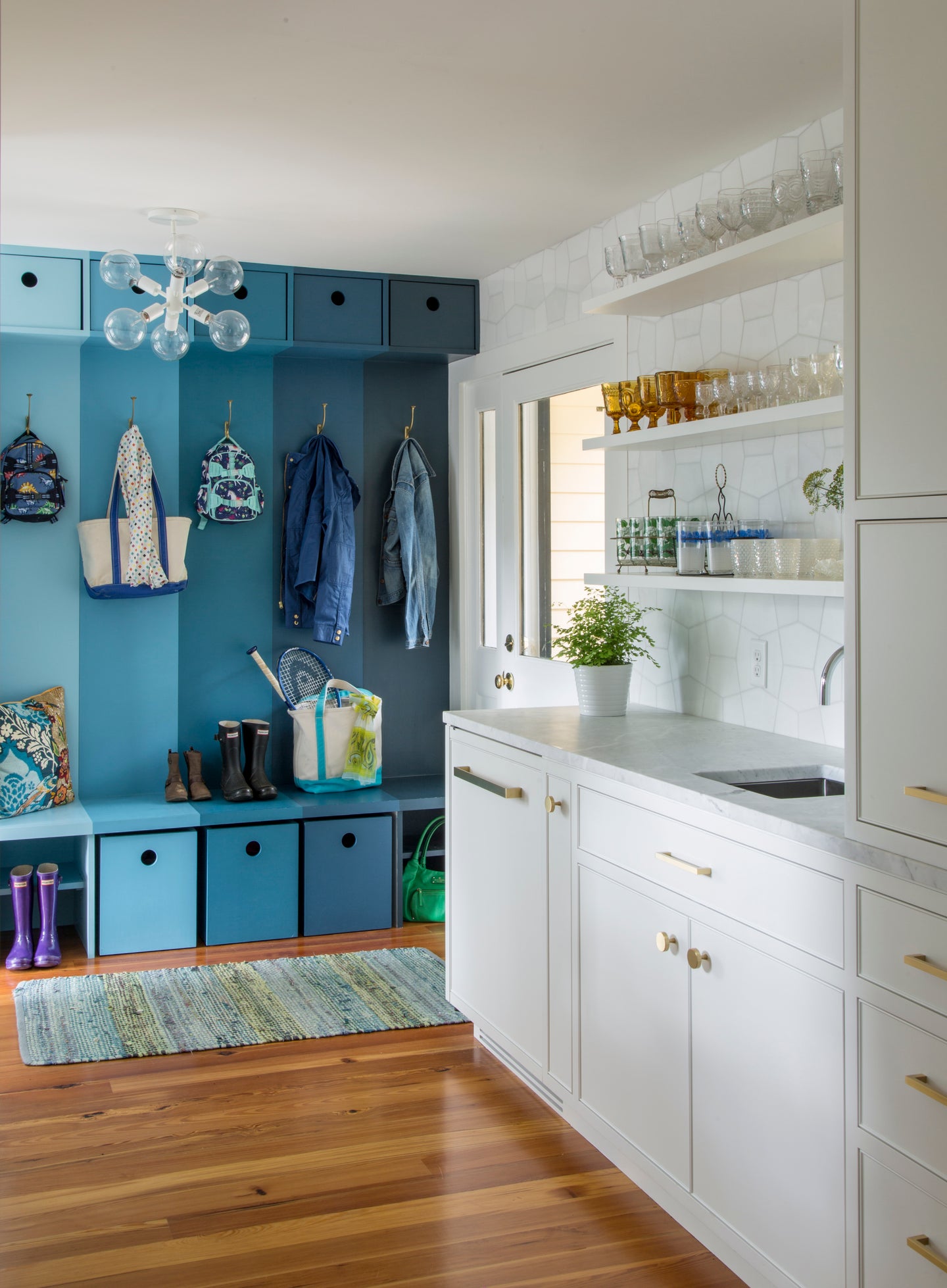 Anne Tollett of Hanover Avenue, a Richmond, Virginia-based design firm, has one single design rule she swears by: “With almost every project, I aim to make it look like I was never there.” What that means is that the designer fuses both the personality of her clients and the bare bones of the home, making both coexist in a way that honors both the home and the people who’ve moved in. And luckily for Tollett, she was blessed with some seriously creative humans when she was tasked with renovating a Charlottesville cottage from scratch.

“I find the interior design always comes together effortlessly and feels unique to the project when I strive to reflect my clients’ aesthetic and grab inspiration from the architecture,” says Tollett. “I was lucky because this house is inherently adorable, and these clients have fantastic taste! The husband runs an advertising agency and the wife is endlessly stylish and creative, so I wanted it to look like the rooms just flawlessly evolved on their own, as a perfect reflection of what they love and how they like to live.”

A key aspect of the renovation was modernizing the old farmhouse, which was perfectly fine, but not ideal for a trendy, young family of five. Several walls needed to be torn down in order to create a somewhat open floor plan that let in natural night, and crisp whites were added to enlarge the space. “We needed to open walls, modernize, rethink the plan, create storage all while honoring the bones of the building and preserving the charming, historic elements,” says Tollett. And if that sounds like a lot, that’s because it is.

First up was the dining area, which is Tollett’s pride and joy. “I die for a story of white because I think it’s always crisp and interesting when executed in thoughtful layers,” she explains. The impetus for this room was a collection of vases that her clients have collected over the years, and their different styles and textures demanded that they be displayed in a chic manner, alongside other textured neutrals.

Warm woods add a rustic touch, and pink artwork gives the area the pop of color it needs. “Nerdy confession: My husband makes fun of me because I fall asleep to the

Another huge aspect of the design was making sure that the area stayed kid-friendly, yet chic. This is hard to do when your background is neutral, so forgiving materials are key—namely, the jute rug that only needs soapy water to clean, and faux white ostrich fabrics for the dining area. The table was bought by the couple when they were newlyweds, and so is very near and dear to their hearts—so, of course, it had to be kept.

“I always look at what clients already own and love to see what we can use differently—I call it ‘shopping in your own house!’” says Tollett. “This age-old trick gives a room history, and helps the design look as though it came together over time.”

A prime example of this is seen in the living area, where the rug, vintage chairs, oversized Tolomeo light, and blue art was already present in the home—just in different rooms. The goal was to take those elements (i.e. the more colorful ones) and bring them together to create an edgier look. Kelly Wearstler wallpaper was just the right backdrop for these colorful finds, as it echoed the wood-paneling of several old farmhouses—but in a modern way—while several textured pillows and lush green plants lend a boho chic vibe. “When it comes to families with small children, I like to stick with the basics,” says Tollett. “It’s best when the big, expensive pieces are forgiving (i.e., covered in all-weather fabrics) and are neutral because they are easier to clean. The accessories are the easiest things to change, so I use those elements to add color to the room.”

The entryway gets a little moodier, with a deep punch of paint enveloping the area. Tollett believes that having ample natural light is key to utilizing these darker shades, but made sure to still have some white in there for balance. “The large double door and transom above flood the room with sunshine,” explains Tollett. “We recommended a larger, lighter painting, and a mirror above the vintage desk, to give the dark walls levity. The entry is also adjacent to the dining room ‘story of whites,’ so those two spaces next to one another creates a beautiful dialog.”

The pantry area is particularly interesting, due to both its location and style. By positioning the pantry under the stairs, Tollett was able to truly maximize every inch of space in the home, and created some cabinets that let the family hide their non-perishables. “This is probably because I live in a row house, so I am always looking to squeeze out the maximum amount of storage from every inch!” says Tollett. The angles work brilliantly, and the space was arranged in such a way that the couple has the option to leave the doors open or shut, depending on whether they want to see their appliances or not. The countertops run right through the storage, which makes them so easy to clean.

“Our design goal in the kitchen was to have it appear as though it could have been built with the original house, so we tried to create a timeless look while affording our clients all of the luxuries of modern living,” explains Tollett. By removing the entire kitchen wall, Tollett was able to turn a previously outdated space into a light-filled oasis—however, that doesn’t mean you should just open up all your walls for lack of a better option.

“I think it’s a shame to make an entire house ‘open concept’ because it makes things very noisy,” says Tollett. “So, we were strategic in which walls got opened. Another thing that I always recommend to clients is to go for hidden, integrated appliances if the budget allows. They cost more up front, but they totally ‘disappear,’ and so don’t date a kitchen as fast as a big refrigerator or exposed range hood does.” Some other inventive modern elements include a kitchen island made from wood and marble—a striking combination that allows for even more storage—and modern brass accents, seen in both the cabinets and modern glass lighting. The dreamy marble-inspired backsplash continues the glamorous vibe, with

Pops of blue come abound in this home, possibly due to their relaxing energy—much needed in a home with three kids! For the mudroom, multiple shades of blue allowed for a color block feel that was directly in line with the artwork in the living space, thus creating a cohesive look. In this way, each family member gets his or her own space for storage, while the cubbies were custom created so as to not impede the side of the door.

The bathroom walls are yet another shade of blue, but by using tile instead of wallpaper for the walls, Tollett kept the room both kid-friendly and stylish. A key way to not overwhelm the space was by tiling only two of four walls—creating maximum impact over sink and window wall, which are in direct sight when one walks into the room. “I wanted this half bath to look adorable with the new pocket door open because it is directly across from the bar area, and we needed the extra natural light,” says Tollett.

The bedroom was another creative instance of “shopping one’s own home,” according to Tollett. “Nothing is more fun than playing musical chairs with things clients already own – it’s like finding gold!” she says. Modern wallpaper was brought in from another part of the home to make the space feel like a master suite, while reds and neutrals give the space an extra pop of color.

“Whenever clients are game, I like to reuse as many sentimental pieces as I can,” says Tollett. “And these clients had plenty to choose from.”

A 19th Century Brooklyn Brownstone Gets a Modern Revival

How One Stylish Mudroom Transformed This Whole House

Proof That Cool Contemporary Design Doesn’t Have to Be Serious