Unexpected Pops of Color and Pattern Rule in This Modern Farmhouse 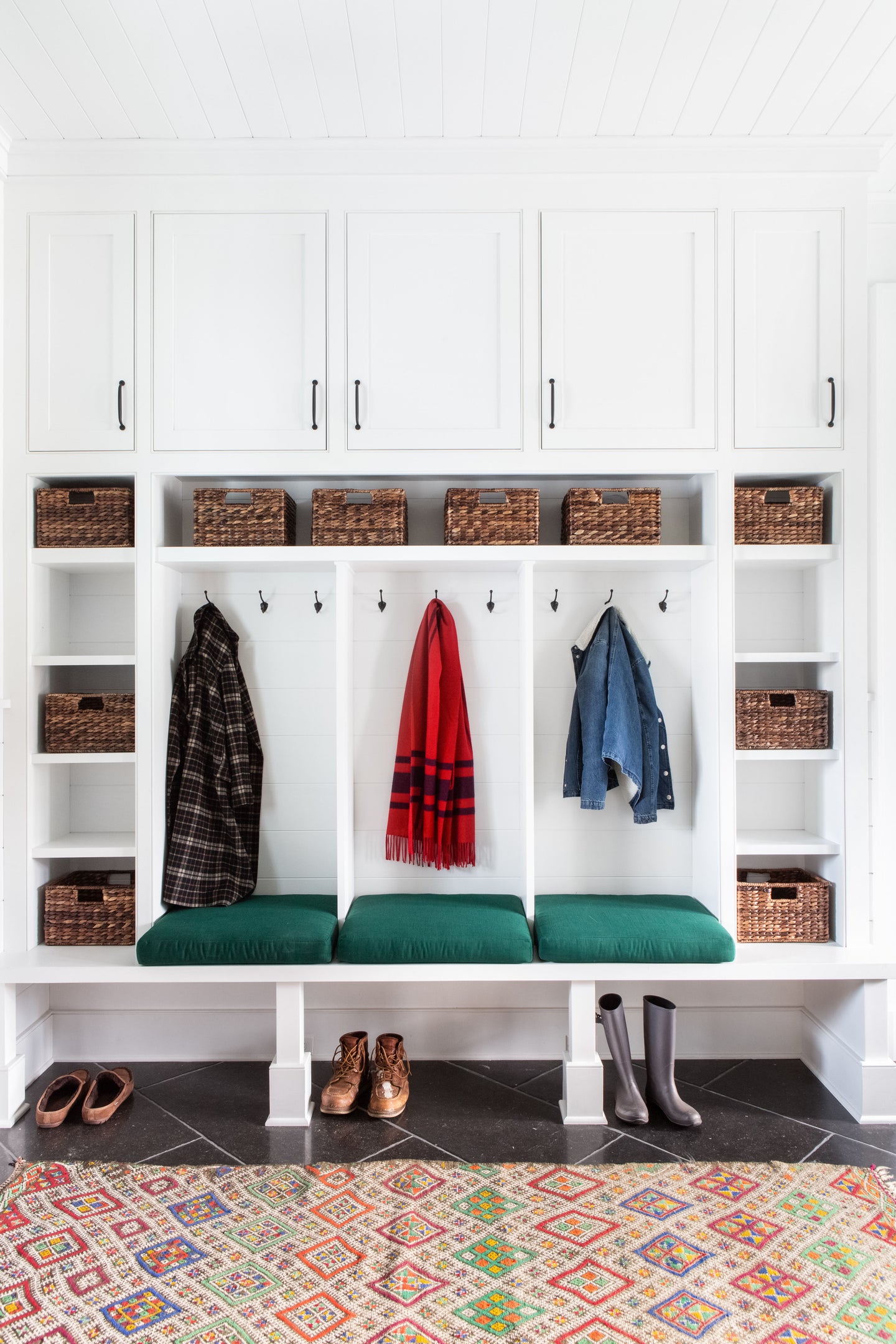 You’ve never seen a modern farmhouse quite like this one. Chango & Co’s latest project, a new build in upstate New York created to serve as a weekend retreat for a young family, is 12,000 square feet of unexpected pops of color and pattern set against a more rustic, traditional backdrop. According to creative director Susana Simonpietri, this nontraditional take on a classic design aesthetic was all thanks to the clients themselves. “[They were some] of the most fun clients I’ve ever had the opportunity to work with,” she says “When you get clients as fun as these, you thank your lucky stars and then proceed to pull every single cool thing you’ve been hoping to use for the past few years to see if it’ll work in their home. Open-minded and lighthearted as they were, they encouraged the use of pattern, print, and color for the home.”

According to Simonpietri, the two-year project was made even more interesting because there were no real-life references from which to pull for inspiration. “We quickly realized that the home we wanted to build didn’t exist yet,” she explains.

They worked closely with local architect Jimmy Crisp to build the home from the ground up on approximately 250 acres of land. This provided Simonpietri and the team with enough freedom to mold the house into something that suited the needs of a growing family. Five bedrooms, five bathrooms, three half-baths, and an entire guest wing later, there’s more than enough space in which to infuse the color and character the family was looking for—a fun, vibrant weekend reprieve from everyday life.

“The home was to carry the energy of the characters that were to inhabit it, including three gorgeous and rambunctious little ones,” says Simonpietri.

Because of the aforementioned rambunctious little ones, everything in the home also required a practical component. Each surface was protected with hard-to-damage natural materials or coated in exterior-grade fabrics to avoid stress about spills or messes. “After all,” says the designer, “this is a weekend retreat and everyone should be able to relax equally.”

The team also considered practicality in terms of color. While the overall aesthetic is more of an eclectic take on a modern farmhouse, the backdrop is a unified medley of browns, blacks, greens, grays, and reds. Other colors, like yellows, blues, and pinks for the kids’ rooms, are introduced sparingly to avoid the already-massive home feeling disjointed. “I usually like to ask myself: ‘If I bring that room over here, will it look like it belongs in the same house as this one?’” explains Simonpietri. “If the answer to that question is no, then I know I am doing something wrong.”

There is also continuity in the patterns used throughout the house. The black-and-white checkered print used in one of the bathroom’s wallpaper is reflected in other rooms, the upholstery of the guest bedroom’s headboard features a similar style, as does the tile floor in another one of the bathrooms. These accents may seem small, but they unify the home when they’re pulled together.

In the end, risk-taking and print-blending paid off, and the house is proof that even the most classic design styles don’t have to look tired. Here, the idea of a “modern farmhouse” feels fresh; full of statement-making wallpapers—the Pierre Frey “Otomi” print in the little girl’s room is Simonpietri’s favorite—and fun pops of color. One thing’s for sure: The house is anything but cookie-cutter.

That said, Simonpietri insisted on referencing tradition in one important aspect—the prevalence of the color red. “Nothing says farmhouse to me like a bit of red,” says the designer. This one element perfectly tied in old and new in the vibrant weekend retreat.

See more modern farmhouses: We’d Call This a Modern Farmhouse… but It’s So Much More Create the Farmhouse of Your Dreams Using What You Already Own Inside a Modern Monochromatic Farmhouse Built from the Ground Up