Thanks to Technology, Your Cat Doesn’t Need You at All

With the introduction of the smartphone-enabled, automatic feline feeder Catspad, the eons-old relationship between cat and human will finally come to an end. 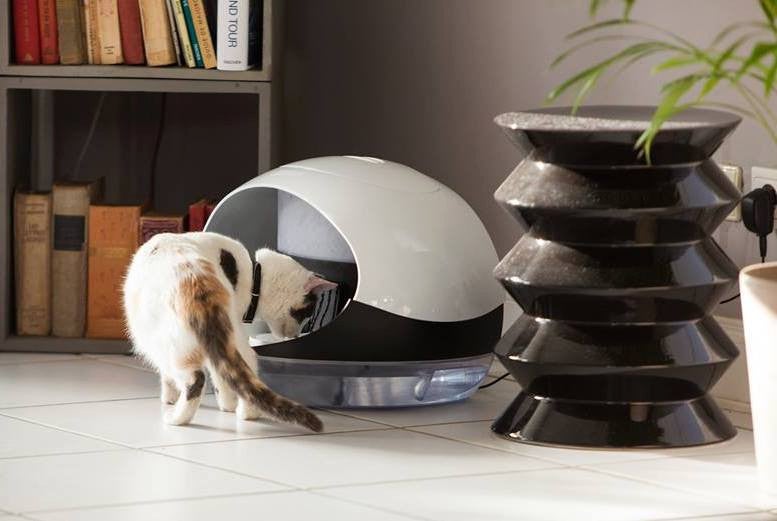 It was good while it lasted. For tens of thousands of years, cats and humans have lived together in mutually beneficial interspecies friendship. We gave them liver-flavored treats and emptied their litter pans. They gave us companionship and brain freezes.

Now, after an announcement at the CES technology conference in Las Vegas, that intimate cooperation is coming to an end. A new WiFi-enabled automatic feeder called Catspad is aiming to take humans out of the equation. As the Verge wrote, the innovation—currently in a Kickstarter round of funding—will let your pet, “remove the last vestige of human interaction,” so it can, “embrace a machine instead of you.” If you’ve ever lived with a cat, you know this has been their plan all along.

Holding about 60 ounces of dry food and eight liters of water, the Catpad uses sensors to tell when your feline’s bowls are empty and automatically refills them at the time and weight you enter into the machine’s dedicated app on your smartphone. Because you care about your cat’s health, it tracks their nutrition levels; because your cat is fancy and discerning, it filters their water. It can also be used in multi-cat households thanks to sensors that key into your pet’s identification microchip.

In theory, the Catspad—which will retail for $249 retail, $199 for Kickstarter supporters—can feed your cat for a full month without your assistance, which is probably how he or she prefers it, let’s be honest. You tend to just get in the way at mealtime, don’t you? While we can still tend to the litterbox to prove our worth to our ever-more independent cats, a fully autonomous version of that is surely on its way as well. Already, there’s one that tracks feline health. It’s only a matter of time before cats have access to both clean litter and food without us, fully grasp the upper hand in our relationship, upset the balance of power, and, who knows, maybe replace us in the hierarchy of species. In retrospect, this was inevitable. Learn more about the Catspad—which actually sounds pretty perfect for cat lovers who work long hours or like weekend escapes—here.