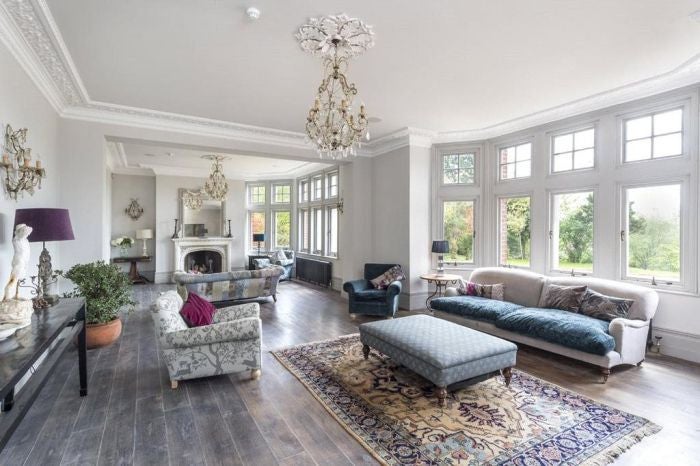 The Australian actress—along with her director hubby and four kids—will soon be neighbors to celebs such as Kate Winslet and Heather Mills, who also live in the East Essex area.

Also known as the “Highwell House,” the Victorian estate sits on 13 acres of bucolic land and was originally built in the 1800s.

There’s also multiple game rooms, a formal dining hall, a library/study, a 40-ft drawing room, a greenhouse, and over a dozen antique fireplaces sprinkled throughout the spread

The massive eat-in kitchen is covered in black marble and features a walk-in pantry.

Outside of the brick abode are acres of rolling hills, a private pond—and an island—as well as several aging outbuildings that add to the rustic charm of the place.