inside this gorgeous brooklyn townhouse featured on girls

the landmarked brownstone in ft. greene looks every bit as stylish in real life as it does on the show. 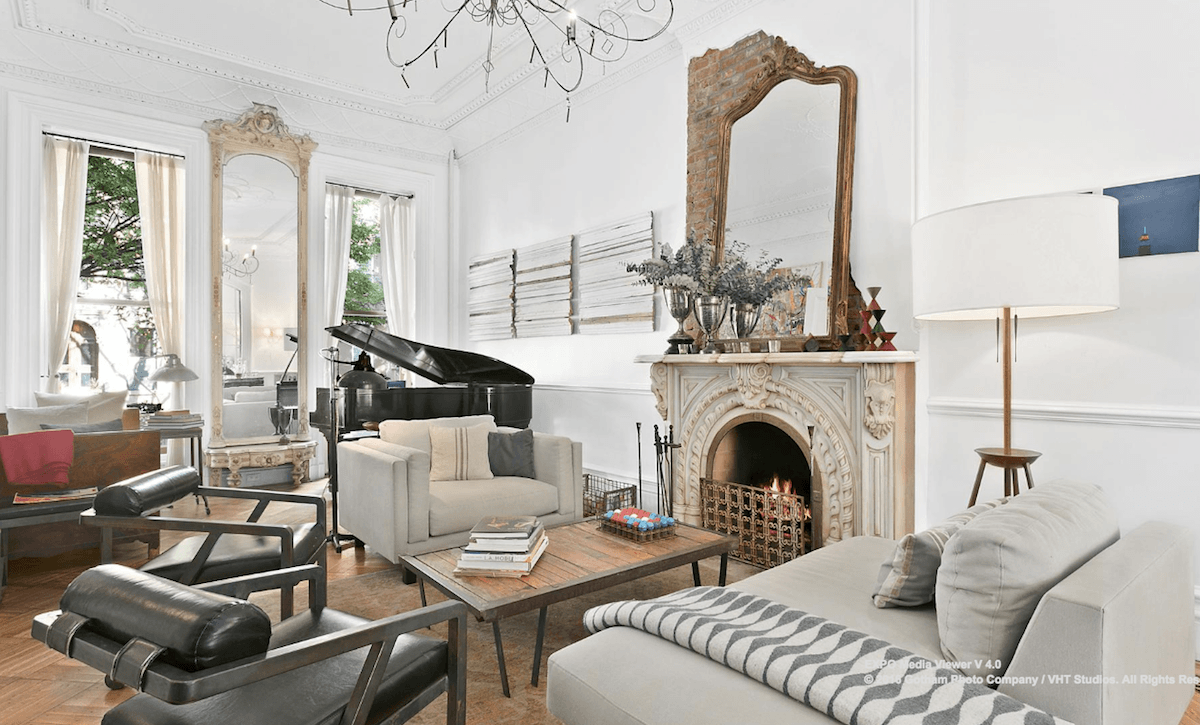 Photography by DOUGLAS ELLIMAN VIA 6SQFT

Per 6sqft, the five-story townhouse is a popular stop on the neighborhood’s annual walking tour because of its famous past and 19th century charm.

The 5,600 square foot manse—originally built in the 1860s—features a total of seven bedrooms, five bathrooms, five living rooms, a finished basement, and a landscaped backyard.

The stunning chef’s kitchen is outfitted with an exposed brick backsplash, a stainless steel workstation, and farmhouse-style doors that open directly onto an enormous patio overlooking the backyard garden.

Though renovated, the townhouse still holds several original architectural details such as the stone fireplaces and 13-ft-tall ceilings, while new additions—like the glass-walled sunroom—offer some modern appeal.

The top two floors double as a bi-level master suite and include three rooms (a bedroom, sitting room, and study) as well as a second kitchen and dining area.

Plus the backyard boasts a manicured garden, lounging deck, and an al fresco dining area. No wonder this posh place made such a splash on TV!