the power couple is now selling their renovated New Orleans abode for the reduced price of $5.65 million. 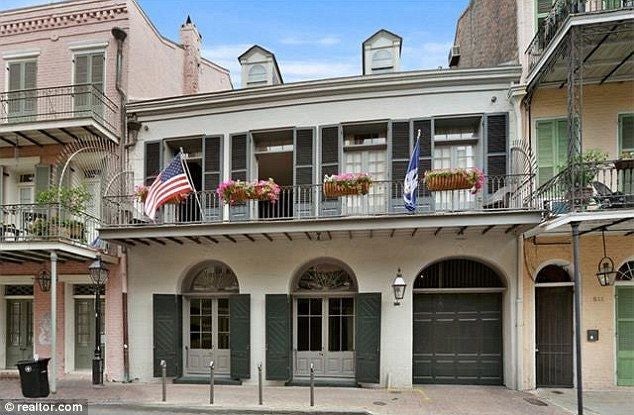 The pair purchased the pad in 2006 while Pitt was filming Benjamin Button, and originally wanted for $6.5 million for the spacious spread. The private couple is not allowing the interior of their home to be photographed, so use your imagination on these dated photos.

The five-bedroom abode sits in the heart of the French Quarter and boasts a separate two-story guesthouse—where pals like Jonah Hill have famously crashed!

Built in the 1830s, the historic house still holds many of its original features, including Venetian plastered walls, high ceilings, crown moldings, and even marble fireplaces.

There’s also a large private courtyard, patterned tile floors, an elevator, and a grand spiral staircase in the center of the estate.

Additionally, there’s a full chef kitchen with custom cabinetry and a dining room with antique chandeliers.

Pitt—a known interior-design enthusiast—is said to have recently updated the space with some modern fixtures and appliances, making the place even more appealing for potential buyers.