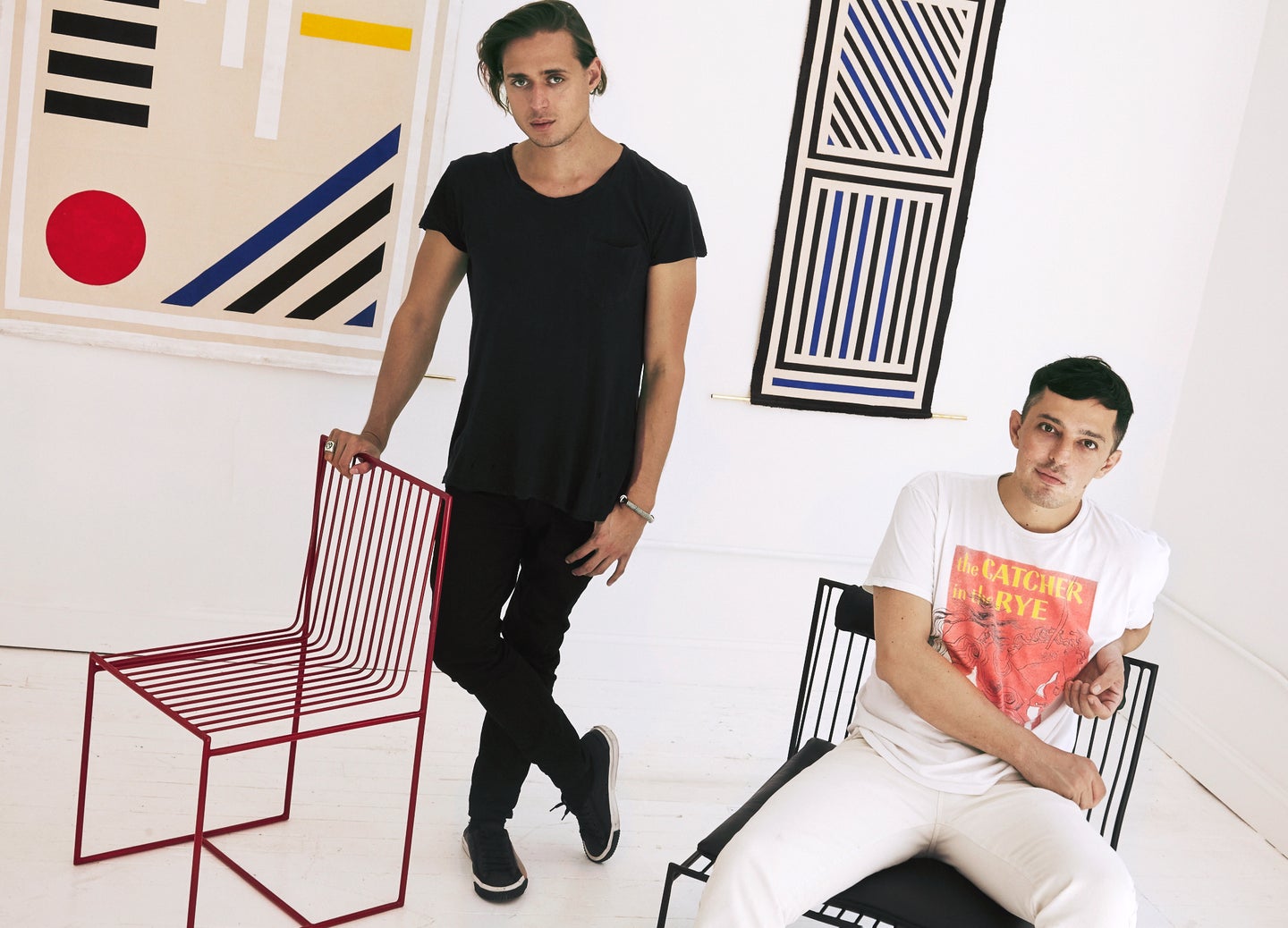 This story originally appeared in the Fall 2019 issue of Domino, titled “Good Things in Store.” Subscribe to be the first to receive each issue.

The way C.S. Valentin sees it, there are enough cafés in Mexico City. What the metropolis really needs is a coconut water bar. Specifically, a street cart in the middle of the new store Colima 159, home to Bogus Studio—the furniture and textile brand Valentin runs with fellow creative director Alexander Diaz Andersson—as well as a showcase for emerging local talent, like ceramics studio Cerámica Suro and leather accessories line Ruiz Musi. “We’re serving elixirs and booze that you can mix into the coconut water,” says Valentin with glee of the fun, carefree vibe the duo envisions for the space, which officially opens this September.

Valentin’s career is no different—when a cool opportunity presents itself, he goes for it. After almost a decade of art directing and concepting store merchandise displays for heavy hitters such as jeweler Marie-Hélène de Taillac (in his native Paris, as well as Tokyo), Joseph (in London), and Miu Miu and Olivier Theyskens (in New York), he was given carte blanche to reimagine the interiors of Hotel Esencia in Tulum when a friend bought the property. It was his first foray into design. The plan for a medley of mid-century and contemporary furniture fizzled fast—importing pieces would blow the budget. No matter. Instead, Valentin tapped local designers to help turn his ideas into reality. “That’s how I met Alexander,” he explains. Right away, hotel guests began asking where they could buy the color-blocked blanket at the foot of the bed or the boxy yellow lounger outside—and much of the Bogus Studio collection was born.

Finding the gallery in Mexico City was also rather serendipitous. Andersson and Valentin fell in love with the vibrant Roma Norte neighborhood when Andersson designed the buzzy Blanco Colima restaurant. A space to rent happened to open up right across the street, on the ground floor of a historic palazzo. “I had my eye on it for five years, since they started renovations,” recalls Andersson, who also heads up design studio Atra. Sunlight pours through leaded glass French doors, giant artworks dominate the walls, and sculpture and glassware by up-and-coming designers dot the tables. “We want the shop to be much more alive,” Valentin explains. “The power of coconuts!”