Whole30 Was Surprisingly Simple—Here’s Exactly What I Ate

Plus, 7 restaurant-inspired dishes to make on repeat. 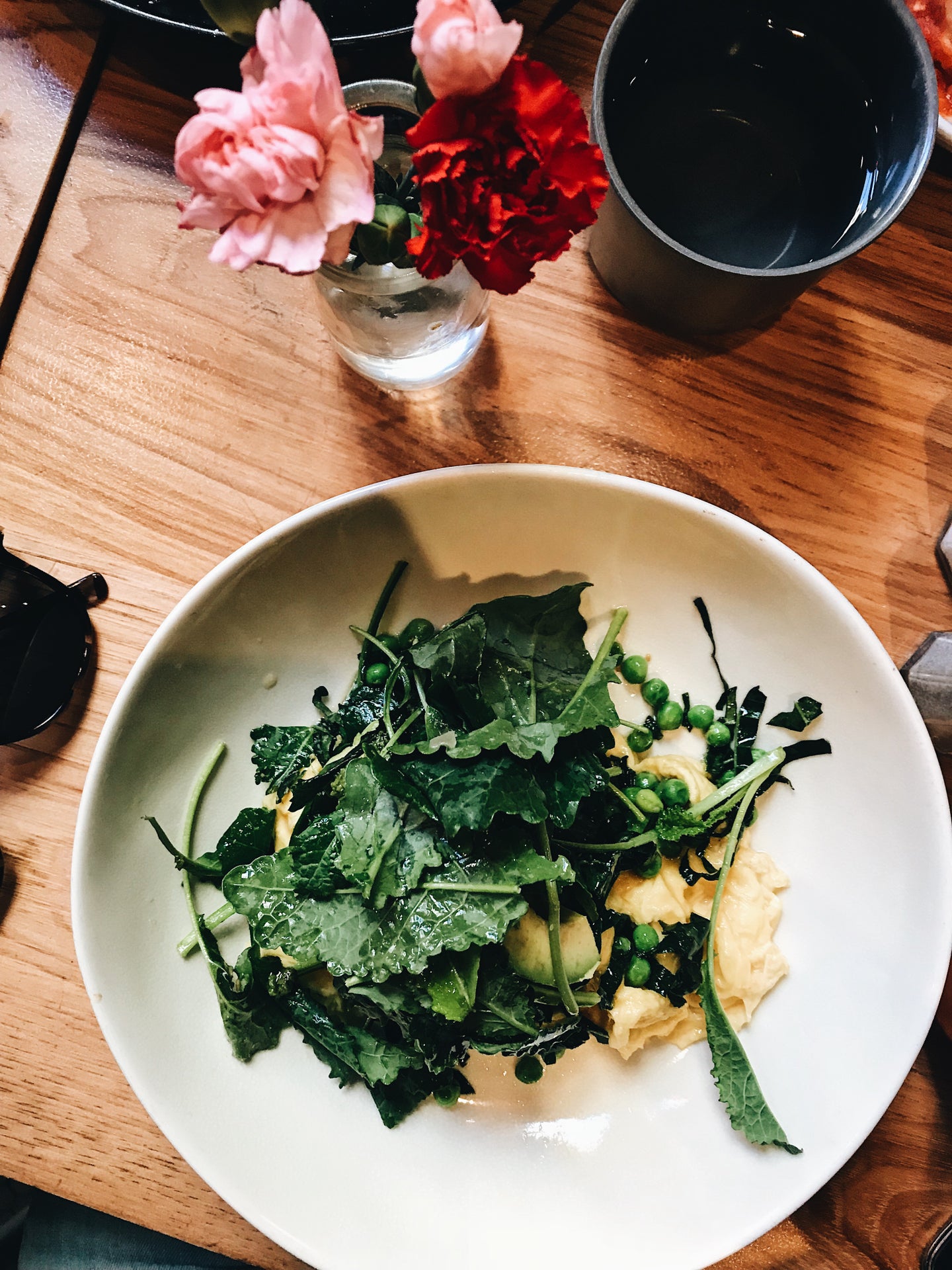 Without a doubt, the hardest part of following a new meal plan is giving up the foods we love. Surely, I am not alone in said train of thought. It’s easy to become ingrained in lazy eating habits and allow our busy lives to dictate the meals we consume on a daily basis—finding a way out of the cycle is the real challenge.

Earlier this month, I took on the Whole30 diet, a challenge that would test my self-control and push me well outside of my dietary comfort zone. I didn’t intend to identify any sensitivities (as the program is designed to do) but chose to try it for a healthy restart. Read: I’d had more than my fair share of decadent sweets over the holidays and needed to clean up my eating habits.

Whole30 is basically a restrictive version of the Paleo plan. Under its constraints, I found it easier to list what I could eat rather than what I couldn’t. For one month, my diet would strictly consist of meat, fish, nuts, fruits, and vegetables. Eggs were an added bonus and a saving grace. While I was nervous about the idea of eliminating legumes and dairy—two beloved staples—I was intrigued by the idea of living off of such a limited array of dishes.

I soon came to realize that the most difficult aspect of Whole30 would be eating out. I was forced to scrutinize every minute ingredient I ordered at restaurants, which became an ordeal on its own.

My workweek wasn’t so bad. I still ordered pre-made salads from the likes of Sweetgreen and Chopt but had to make by own marinades, sauces, and dressings to be safe. Added sugars of any form are restricted and are hard to monitor.

Whole30 inspired me to embrace the meal-prep movement and to opt for more home-cooked meals—a practice I had retired courtesy of my tiny studio and the lack of sufficient cooking space. By the time I was halfway through my 30 days, I was able to notice the stark contrast between the meals I made from scratch and those that I ordered at a restaurant. A truly telling indication that we don’t always know what goes into our food.

Read on for the best recipes I made on Whole30 and the compliant, restaurant-inspired dishes you can easily re-create at home.

This one may be a relatively high-lift recipe, but you can whip up a batch of the ribeye and sides and enjoy them for the days following. Slice up the acorn squash and drizzle with olive oil, salt, and pepper on a sheet pan. Roast in the oven at 350F for 30 to 35 min or until the acorn squash is soft. Similarly, toss the mushrooms with olive oil and seasonings of your choice, and roast them in the oven with thinly sliced onions and whole cloves of garlic for about 30 minutes. While the mushrooms and squash are roasting, you can make the ribeye—this is my go-to recipe.

The lime salsa verde that accompanies this baked branzino was life. I’ll be remaking it and dressing my salads with it because one can only have a balsamic vinegar–oil mix so many times. The fish was easy to make and yes, I indulged in a whole one myself.

This dish is a mainstay from one of my favorite restaurants in NYC. While I sadly had to make a substitution (r.i.p., provolone) the result still managed to satisfy. It was simple, refreshing, and a nice changeup from all the meat I’d been consuming. The recipe utilizes the entirety of the fennel, combining it with Castelvetrano olives (which I can live on) and an orange zest–vinegar dressing that is sublime.

For lunch the following week, I roasted a batch of butternut squash, cauliflower, and broccoli, allowing them to serve as the base for my proteins. I paired the vegetable medley with roasted chicken and leftover fennel salad on one day and then did the same with two hard-boiled eggs another day.

Sunday night dinner called for surf and turf. I sauteed fresh shrimp in oil with a chopped medley of garlic and parsley and paired it with a side of seared steak.

What better way to make use of leftover steak? Briefly heat up the leftover steak in a cast-iron skillet and pair with sunny side–up eggs. Garnish with hot sauce, but make sure there is no added sugar. If you’re feeling really fancy, dress it up with minced chives for a refreshing note.

Brunch on Whole30 wasn’t as terrible as I thought it would save for the fact that I had to hold back on toast and pancakes. I had this colorful bowl at Ruby’s Cafe in NYC and would definitely re-create it at home. Pair scrambled eggs with a side salad of peas (those are allowed), arugula, and diced spinach leaves. Drizzle with olive oil and salt to serve.

Bacon… and Steak and Eggs (Again)

Let’s talk about a world where bacon is acceptable in a diet over legumes. It’s one of the disputed elements of Whole30, but listen, I’ll take what I can get. It’s the sort of treat you can indulge in when (or if) you’re really struggling to stay on track.

If you have yet to notice, steak and eggs became a prime staple of my diet. The former being one I’m entirely keen on retiring for a bit once completing Whole30. While at brunch on a weekend jaunt to Philadelphia, I ordered this massive board of steak and eggs served with a sultry side of onion-roasted potatoes and an olive tapenade. The potatoes didn’t seem 100% compliant, but sometimes, ignorance is bliss.