Good thing we blind taste-tested them for you. 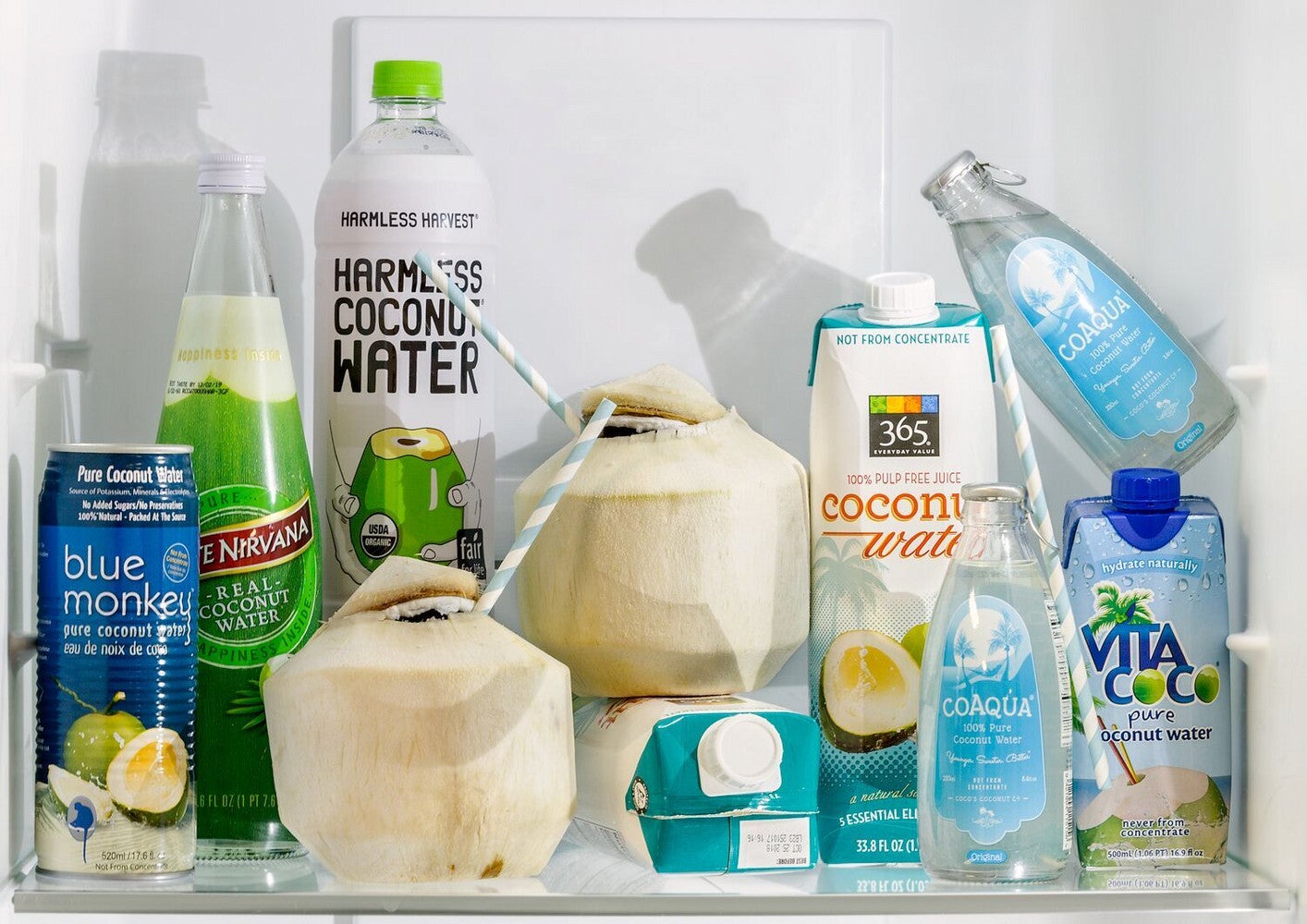 Coconut water—ahh, the sweet nectar of those cute little, tasty coconuts. But not all coconut water is created equal, and we found that out the hard way. As described by our taste testers, some are “metallic-tasting” or “gross.” On the bright side, one tester said an option “tastes like it’s made from sweet baby angels.” Which is exactly why we blind taste-tested—literally, we put a blindfold on each of our taste testers so colors or packaging wouldn’t inhibit their choices. Below, the sweet victors and losers of our great experiment. Hold on to your cocktail because things just got cocoNUTS (sorry, we had to).

It’s possible we didn’t pick your favorite, but, damn, there are a lot of coconut waters on the market. We’d still be testing today if we tried each and every one. So we picked each contender based on their ability to fit into a general category in hopes that it, or a similar one, would be available near you.

This one is 100 percent coconut water (other brands can sometimes add some fillers) from the Philippines. It’s the only canned version we tested and it’s BPA-free.

The Thai Coconut One

Available in nearly every single grocery and convenience store now, this brand is bottled from Brazilian coconuts and has six varieties of coconut flavors.

At our local juice shop, they cut the top off and serve. We walked it back to the tasting HQ, and it’s as fresh as it comes (outside of a tropical locale).

CoAqua is made from fresh young coconuts harvested at around seven months of age in Southeast Asia. The single-serve recycled glass bottle means you drink it in one sitting.

The iconically pink (and sole reason for the blindfold in this test) coconut water has pretty much raised the standards of coconut water since its launch in 2009. It’s sourced from organic agroforestry farms in Thailand.

Each taste tester (and Domino employee) individually tried all seven options on their own so as not to be influenced by friends (peer pressure is real). We took the dramatics as far as blindfolding each tester in a separate room (so they didn’t peep any glances), and then walking them to the testing table and handing them each cup. Here, without further ado, is the ranking and actual tasting notes from our expert testers.

“Very dull, very bad.” “Kind of tastes like there is pineapple in there, but not in a good way.” “Not a strong taste to it.” “Tastes almost like there are preservatives in it.”

“Not refreshing or a lot of flavor.” “Sour aftertaste.” “Artificial tasting.” “Pretty good, but sweeter aftertaste.”

“Really thick texture.” “What fake coconut is modeled after.” “Taste like coconut that’s in pina colada, with an aftertaste.” “So yummy, like dessert in a bottle.”

“Delicious; really strong coconut flavor.” “Sweet, but in a sugary way.” “Flavor is smoother.” “Yum; has a coconut taste that doesn’t seem fake.”

“Wow, it tastes like I’m drinking straight from a coconut.” “Very sweet, but in a bad way; more of a treat.” “It smells so tropical, and the taste is caramelized and toasted.” “Fantastic, A-plus.”

When it came to ranking the coconut waters (while still blindfolded), the clear winner overall for tasters was CoAqua. It has a unique, bold coconut flavor that’s also unusual, almost like caramelized or toasted coconut, and it’s incredibly refreshing. Testers also really loved Harmless Harvest for a more subtle but still delicious coconut flavor. And, of course, an actual, real fresh coconut is always a great choice.

When it came to least favorites, testers were unanimous with the more mass-produced options, saying the flavor was more metallic, bland, or artificial tasting. Oh, and we should mention that all opinions and choices are our own, and no brands were part of this ranking.

Keep on judging: If You Like Toast, Read This We Tested the Top-Rated Slow Cookers and Here’s the Winner You Won’t Believe Which Celeb’s Mac and Cheese Recipe Beat Ina Garten’s

This story was originally published in March 2018 and has since been updated with new information.