Here’s What Americans Are Actually Spending on Engagement Rings

But can you really put a price on everlasting love? 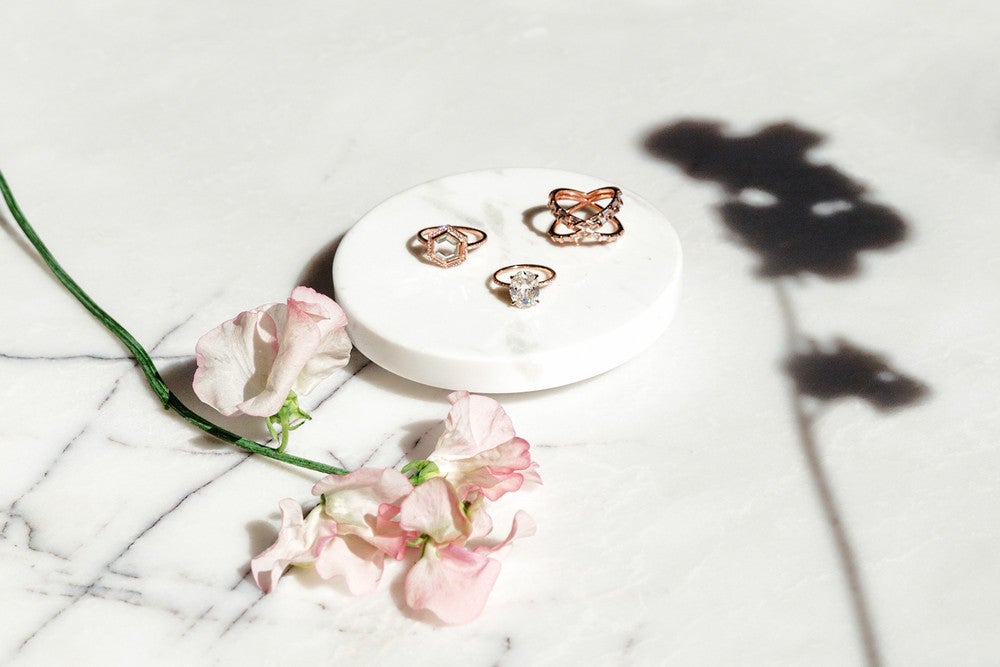 ‘Tis the season to propose! Whether you’re just in it for the chocolate or seriously in love, Valentine’s Day—and the days that follow—are, unsurprisingly, one of the most popular times of the year for couples to get engaged. And while you may already be dreading the slew of announcement pics that will undoubtedly flood your Instagram feed, it’s truly an exciting time for the happy duos preparing to embark on a wild new journey together.

That said, happiness certainly doesn’t come cheap. ICYMI: Weddings are expensive, and so is that diamond showstopper (or other edgy stone) you slip on your ring finger.

Not only is an engagement ring effectively a symbol of you and your partner’s commitment to one another, but it’s also a major commitment for one’s wallet. According to The Knot, Americans as a whole spent close to $6,400 on engagement rings in 2017—looking, on average, at 26 rings before settling on “the one.” And when it comes to shopping for the perfect sparkler to seal the deal, it turns out that residents in some states are willing to drop more on pre-wedding bling than others. A recent report on Business Insider laid out the average price paid for an engagement ring in the US in 2017, and revealed exactly which states spent the most on their forever jewels.

The state most willing and ready to splurge on their dream gem? To-be-weds in California stole the number one spot, spending, on average, more than $10,000. Additionally, a number of big Southern states, like North Carolina, Texas, and South Carolina ranked high on the list, as well as states like Massachusetts and Illinois, which boast major metropolitan areas.

Here’s a peek at the top 10 states on the list, and the average price paid per ring:

While each of the areas that grace the top of the list spent upwards of $8,000, residents in states on the other end of the spectrum (such as those in the lowest ranking state, Utah, who dropped an average of $3,500) favored more budget-friendly beauties—proving that you don’t have to spend a small fortune or sell your soul in exchange for your dream ring.

Although a colossal, Kardashian-worthy diamond or custom piece like Meghan Markle’s now-iconic stunner may win you serious showoff rights, the perfect stone—be it a mod, semi-sculptural marvel or emerald head turner—and the perfect price will look different for every bride-to-be.

Because when it comes down to it, selecting the right ring is as personal of a choice as picking your partner—and finding a ring that’s not only suited to your personal style, but also the perfect fit for your budget is key.

Didn’t see your state in the top 10? You can check out the rest of Business Insider’s list here.