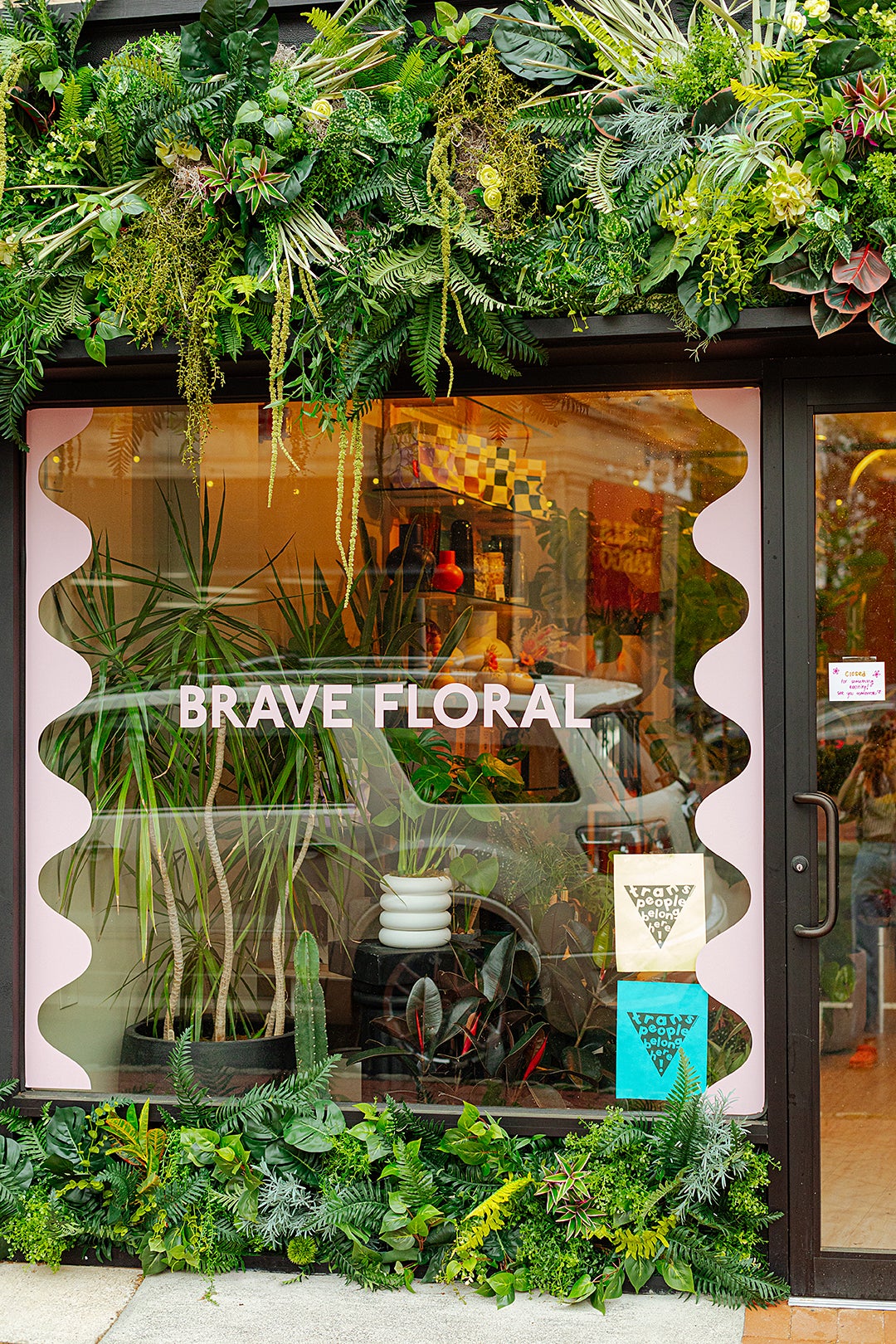 In our Ask a Shopkeeper series, we tap the coolest store owners we know for a tour of their space and to ask them what items are trending right now—and beyond. For this installment, Valerie Braverman, founder of Brave Floral in Maplewood, New Jersey, takes us inside her newly expanded store, designed by Spaces by Hollie Velten.

Why did you want to open a flower shop?

I was working full-time in logistics and planning for a corporate-event firm during the day, and taking classes at the Brooklyn Botanic Garden at night. Then in 2015, my husband and I moved to Philadelphia, and I had been doing lots of floral work at that point. So I got my floral design certificate and took an internship at Putnam & Putnam. It wasn’t until we moved back to New Jersey in 2018 that I took the plunge to open the shop.

Why the name Brave?

Well, Braverman is my married name, so it’s derivative of that, but even now a lot of people come in and say, “I’m buying flowers from you because my friend is going through a hard time and she’s being so brave.” It’s so nice that it resonated with people on that level, too.

How did you come up with the vibrant design?

Our first space was 350 square feet, and it was very calming. When I first started, I never wanted to have more than one of any product on the shelves, almost gallery style. But then when I expanded the space, I wanted to do the opposite, because the team had grown so much in three years and we’re producing things that don’t match the original vibe. I wanted this space to reflect that.

And it seems like you sell much more than flowers.

Many of our floral clients also come to us for plants! And now we carry a lot of the of-the-moment design store items like Raawii, Dusen Dusen, and these interesting candles from a designer in Philadelphia called Carl Durkow.

What houseplants are your most popular?

The monstera and fiddle-leaf fig always do well, even when we say fiddle-leaf figs aren’t as easy as magazines say they are. Mostly, people want simple houseplants, like the philodendron and snake plant.

We change it out seasonally, and right now, for the sake of maintenance and the weather elements and everything, there’s a mix of dried fresh moss in there, but for the most part, it’s faux so that it will stay looking good.

Which of your vases sells out the quickest?

The Raawii Strom vases do really well for us because they come in a lot of different colors and are so bulb-ish on the bottom. They’re amazing to design in because they hold the flowers well and showcase them the best. They’re the kind of vase where you could go to the farmers’ market and buy a whole bunch of lilacs and just drop them in, because it holds the flowers so nicely.

Music that’s always playing in my store: We’re big into playlists. Caitlin, our retail manager, curates them on a monthly basis, and they range from indie alt rock to ABBA to late-’90s-rock.

Instagram accounts I go to for inspo: Hort and Pott, Sean Anthony Pritchard, and Architectural Indigestion.

Favorite nearby shops that are not my own: Baker Street Market, Acme Rubber Stamps, Mada, and A Paper Hat.

Favorite item in stock right now: Artist Jessica Han’s vase. She moved to New Mexico to learn how to fight wildfires, and in her time doing that, she was collecting gemstones that she took and put onto a vase that’s just covered in them. We have it here, and it’s amazing.