With the help of two of her best girlfriends, this fashion consultant creates a chic space. 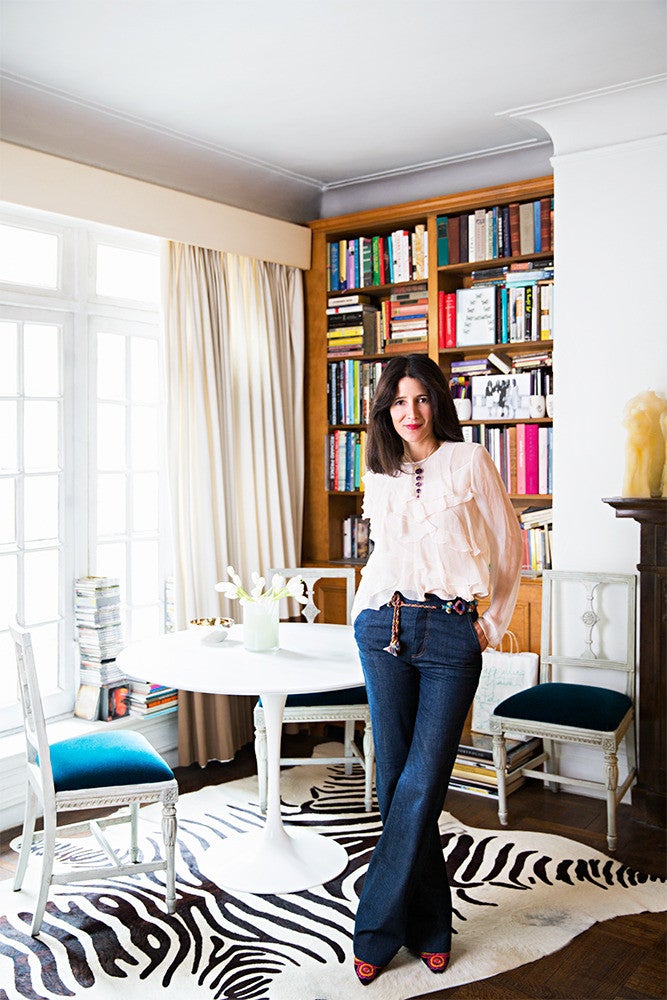 Fashion consultant Amanda Ross was instantly drawn to this prewar Upper East Side apartment (just steps away from Central Park) when she first viewed it in 2000, even if its living room does possess a rather awkward shape.

So a few years after moving in, she enlisted the guidance of interior designer (and close friend) Delphine Krakoff, who helped modernize the residence by freshening up Ross’s family heirlooms and introducing a few new, more contemporary furnishings.

Then in 2007, craving a different design perspective, Ross called on another pal, Milly de Cabrol, who contributed a series of warm, personal touches, devising, for instance, the living room’s

“It’s really challenging for someone who’s not a decorator to spatially conceptualize a room like my friends did,” says Ross, “and that was incredibly helpful.