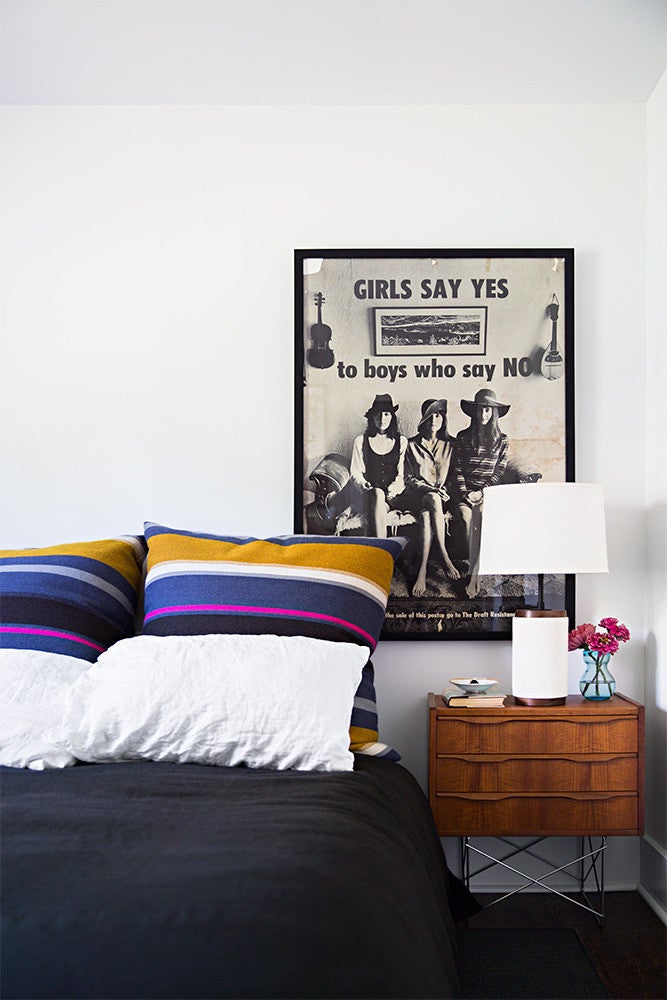 Located just two hours east of Manhattan, Shelter Island has long served as a home away from home for designers John and Christine Gachot. “John’s been visiting the island with his family since childhood,” Christine explains.

“When we first started dating, we spent a lot of time here with his parents, which eventually led to us renting a place of our own.” But after their first son, Boris, now 12, was born, the couple knew it was time to put down roots on this luxuriously laid-back retreat. After a quick search, they found a Cape Cod cottage located just steps from the beach, where they now spend weekends and holidays listening to vinyls, playing video games, and practicing guitar with their boys. “And once in a while, we even steal away to staycation here without the boys!” Christine says. “It transitions from family bungalow to romantic cottage quite nicely.”

Nearly a decade later, the Gachots’ house is scattered with items accumulated on the island. A cherished pastime is trawling through such local boutiques and antiques shops as Beall & Bell, Marika’s Antiques, and Marie Eiffel Home, where they’ve often scored vintage furnishings and beloved artworks. “We spend a lot of time painting, fixing up bargain finds, and making friends,” Christine says.

The couple discovered this armoire at Beall & Bell, a local antiques shop.

This coffee table is actually a revamped backgammon table, a wedding anniversary present from John to Christine.

In the master bedroom, the Gachots added Eames wire table bases to a vintage pair of Danish modern nightstands to create a sharp bedside setup.

John and Christine painted the lower half of the boys’ room’s walls high-gloss black to provide a polished contrast to the house’s breezy outdoor ambience. “I love black at the beach,” says Christine.