Now somebody get me a beer. 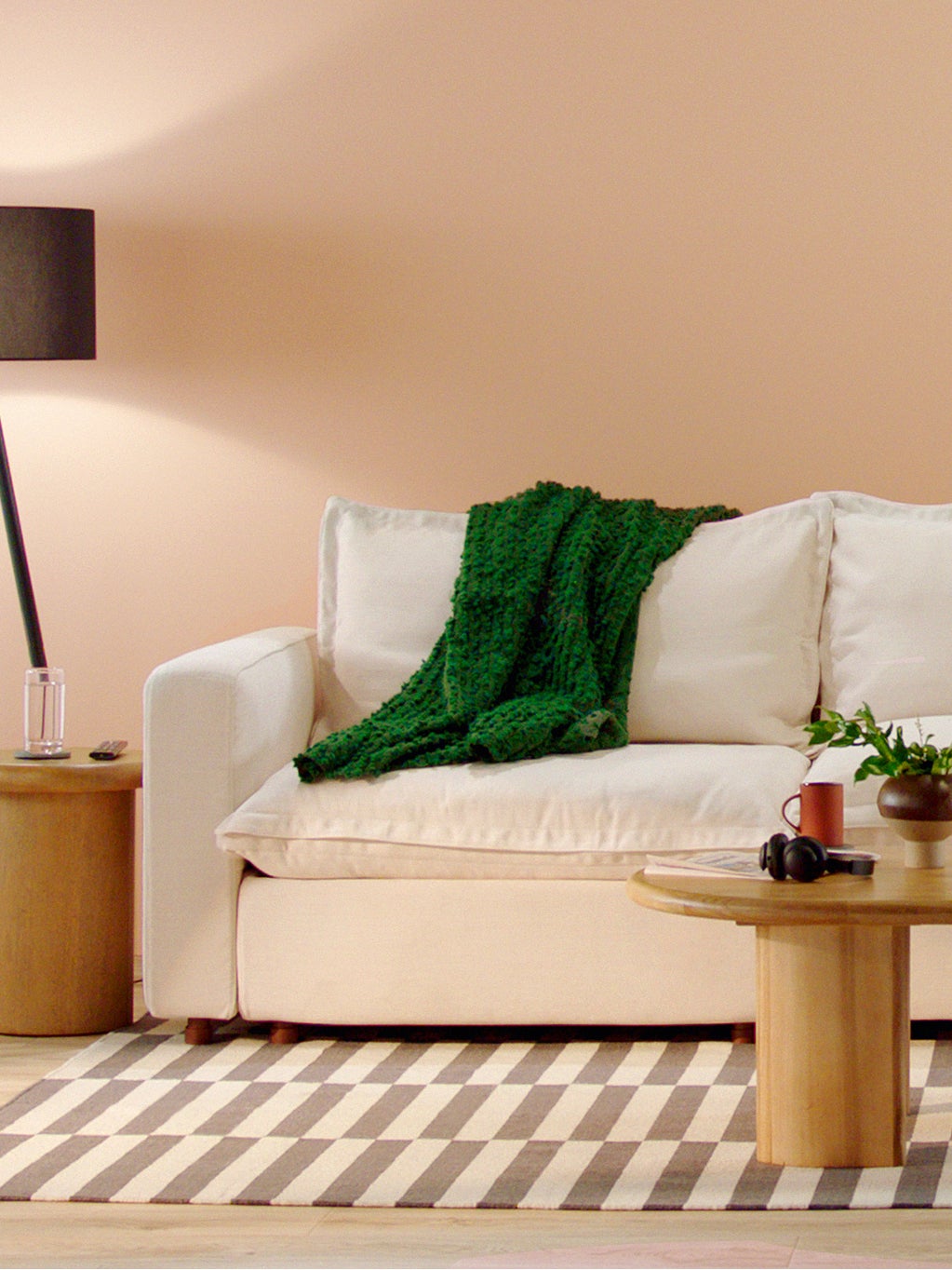 Reclining sofas aren’t usually synonymous with style. In my mind, they’re more often associated with a group of chip-chomping frat guys on leathery sectionals for game day, or my grandmother glued to a decades-old seat while shopping QVC. Still, I find the soft-life charm of those laid-back loungers appealing. I had to discover a way to kick my feet up in style, and I came across a furniture startup called Homebody that promised to deliver an even comfier, cool kid–approved version of a La-Z-Boy. I was sold.

Speaking of delivery, we’ll start there. It was about seven days between getting the tracking number and having the first box show up (average timelines are between one and two weeks)—pretty impressive considering I’ve waited longer for Amazon orders. Mine arrived over the course of two days, which was okay by me because I wouldn’t have had room in my apartment for all the packages anyway. The Couch is completely modular, so each piece, including the cushion covers, is packed separately. I probably spent more time breaking down boxes than I did actually putting the whole thing together.

Assembling the 120-inch piece was easier than I expected. Although I did have to exercise some patience as I individually covered each component. There was a bit of stretching, some shimmying, and a good amount of sighing involved to get each one just so. The cushions are like putting on a giant zippered pillowcase, but the arms and bases show some wrinkles when not pulled taut enough. That was the part that took some trial and error. Once everything was covered, I lined up the sections (I went with a love seat and armless chair layout for my three-seater, but there are seemingly endless combinations to play with) and secured them with U-shaped connectors that hold it all together, and that was it. The final result looks like an expensive slipcovered sofa. Although it’s pricey ($5,940 to be exact), it is exponentially more stylish than my grandma’s version.

On the love seat side, I thought there would be some specific strategy involved with setting up the recliner, but even that section just snaps into place and plugs into an outlet. Best of all, the moving piece only needs 2 inches of clearance from the wall, so it doesn’t eat into my living room space. After an hour’s charge, the remote was ready to go (the seat is fully automatic and slides back and forth with the press of a button). There’s even a convenient little pocket on the headrest to hide the remote when not in use. Plus I was delighted to find there’s another switch hidden under the cushion next to a USB and USB-C input, which means charging my phone or laptop is always within arm’s reach.

Of the seven fabric selections, I made the bold decision to go with the Coconut linen. All of the options are treated with a coating of C6 carbon atoms for stain resistance, and without even trying I was able to put the science to the test. On day three of admiring my pristine cloud of a couch, I clumsily spilled black coffee all over the seat. The next day, following a rainy walk, my dog decided it was as good a time as ever to hop up for a nap. Thankfully, my morning brew blotted right up with a paper towel and the muddy paw prints disappeared after a quick spritz of water and a few quick brushes of a kitchen rag.

As for how my soft life is going, this sofa is playing an integral role in that journey. I’ve probably spent far too many hours sinking into the layers of the eco-friendly down alternative and enjoying the endless lounging positions these edgeless armrests allow. From propping myself up for Zoom calls to seamlessly reclining into TV-watching mode, being a homebody has become a pretty cushy lifestyle.