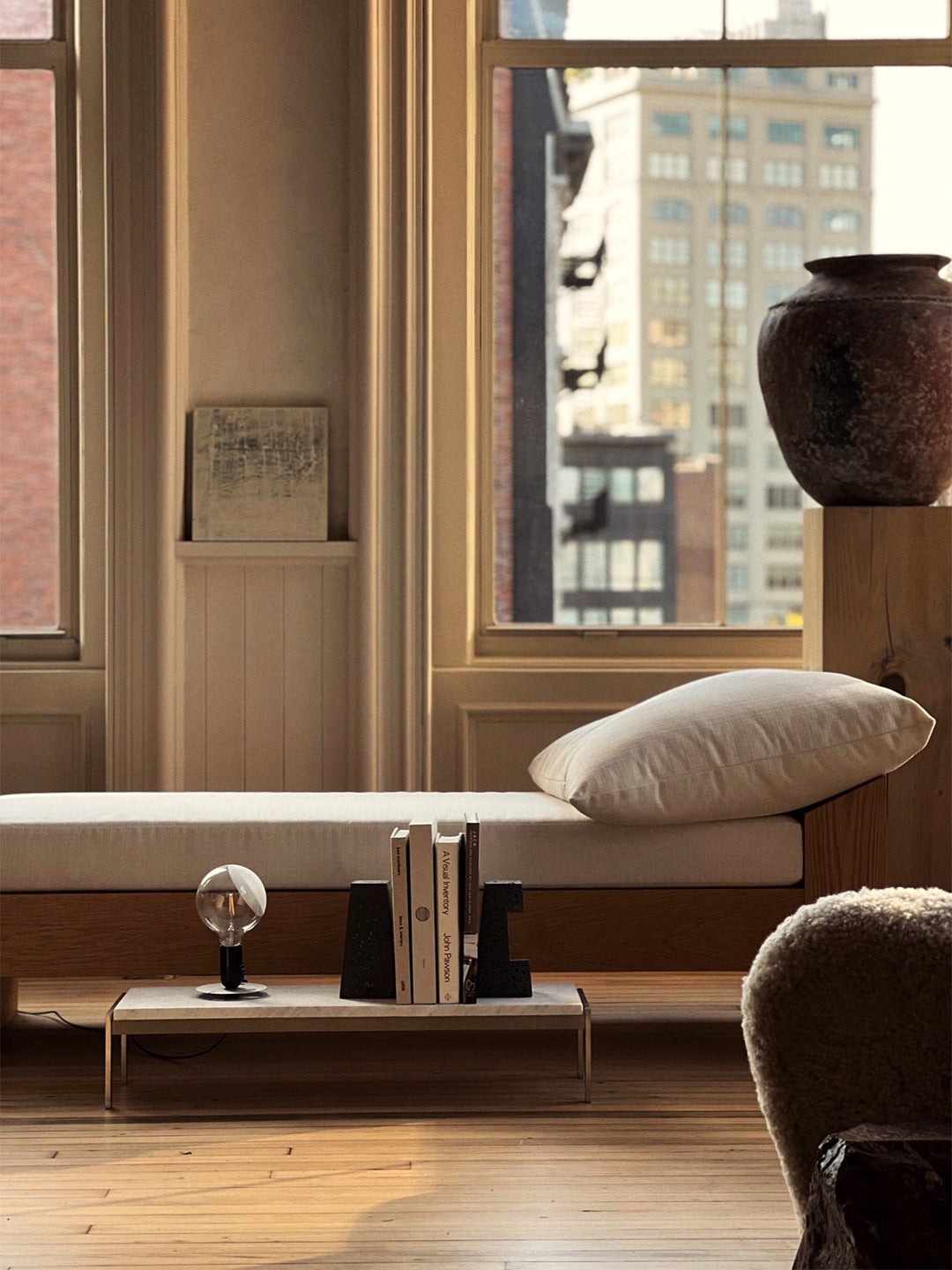 Colin King didn’t stop styling when he was stuck at home during quarantine. Each day, he committed to arranging and photographing a different still-life vignette, and it was through this meditative process that he made a special discovery. “I found that no other fruit contained as much personality and nuance as a pear,” says King. So when Scandinavian design shop Menu recently tasked him with creating a collection of objects that felt personal to him, King couldn’t not sneak in his favorite fruit. After sculpting a handful of options using modeling clay and sending them off to Copenhagen for review, they landed on a brass-cast pear paperweight—one of eight pieces in the just-dropped assortment. “There is a sentiment and nostalgia that it possesses for me. It turns something perishable into an object that is permanent,” shares King.

Using his New York City apartment as a backdrop, the seasoned stylist shows us how to best display his latest collection, below.

Pair the Pear With a Perch

This shiny fruit sculpture doesn’t necessarily need to sit on a pile of papers. “When styling with the pear, I always look for a ledge,” notes King. Because the item is small but weighty (.68 pounds to be exact), it can balance on a shallow windowsill or even the back of a stove.

The Stance vase solves a common problem: displaying single stems and large branches. “[Before], I found myself trying to weigh down vessels so they wouldn’t tip,” says King. Available in a 16- or 20-inch-tall version, this extra-long tube can be filled with mountain laurel, allium, teasel, fennel, or datura (the varieties King likes to forage for) without fear of it toppling over.

Bring Your Books to Your Level

The key to any reading nook is making sure your books are accessible from where you’re sitting. In King’s living room, a superlow chaise is accompanied by an even shorter table that’s topped with reads. The staggered moment creates visual interest in his open-concept space, but it’s also just practical: King’s Converge bookends keep the titles propped up and easy to grab. When not in use, the two individual lava stone parts lock together in an X shape, resulting in a cool sculpture.

Let Big Bowls Speak for Themselves

While King’s Rond bowl can be filled with fruit (real or fake pears—it’s up to you), he often prefers to leave it empty. “I designed all the pieces in the collection to have a strength in spirit and form so that they could stand on their own or be used for their intended function,” he says. Sometimes curating a beautiful space is just about leaving things alone.