In Athena Calderone’s New Crate & Barrel Collab, a Bowl Is Also a Candleholder

Peep all the dual-purpose pieces in her Brooklyn home. 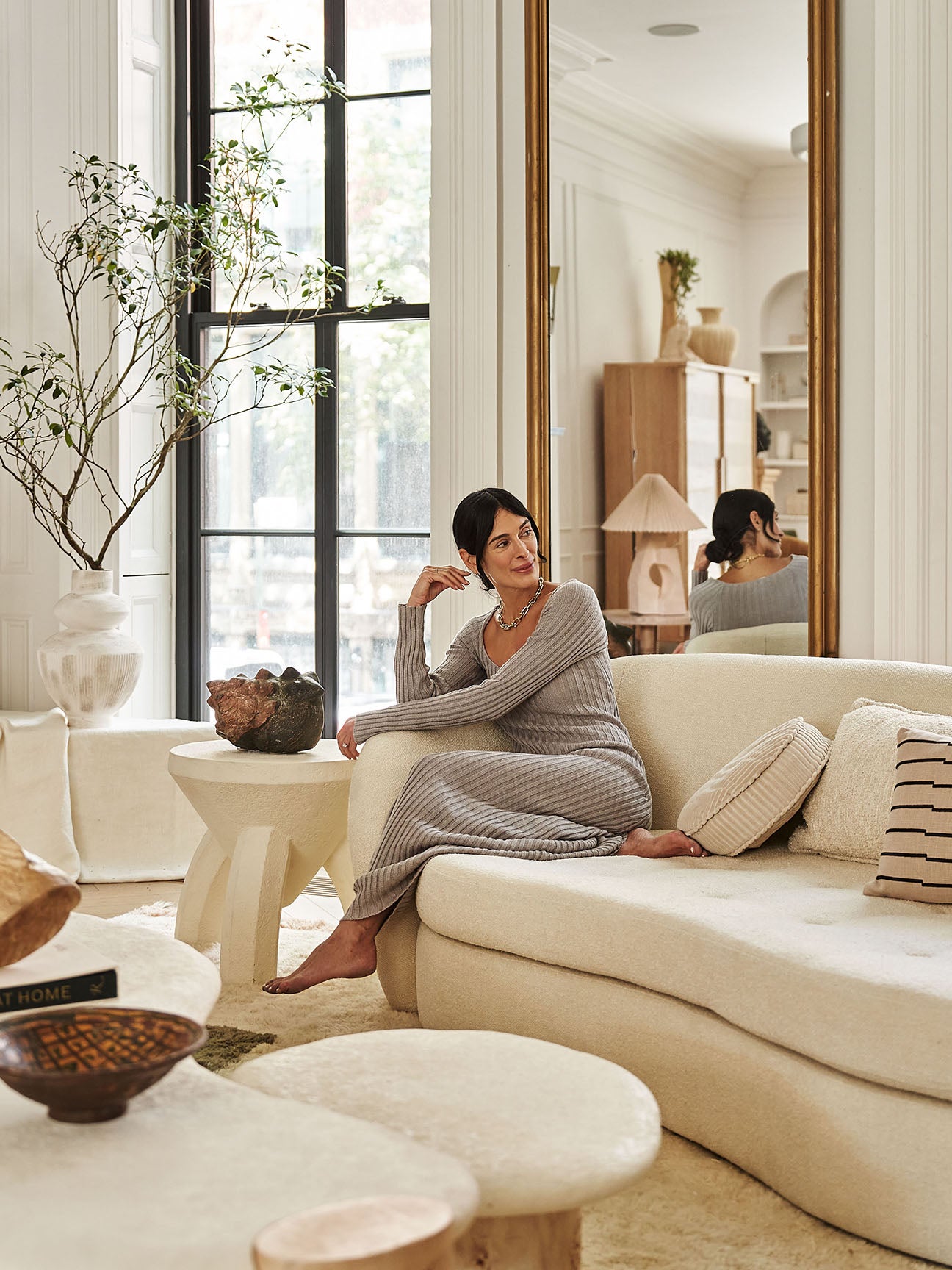 As interior designer, best-selling author, and EyeSwoon founder Athena Calderone glides through her Brooklyn brownstone, which has been transformed to display her first furniture collection ever with Crate & Barrel (her usual furniture is tucked in the basement), she runs a manicured hand over the nubby bouclé of the wrought-iron chair she designed and then along the wire-brush finish of her white oak dining table. There’s no denying it: Each piece is dead sexy.

From curvy low-to-the-ground sofas to rattan lighting, the 137-piece collection, which also includes tabletop and art, takes inspiration from France in the 1950s and Italy in the ’70s, but it’s all deeply tethered to Calderone’s life story. “Almost every piece has some sort of story to tell,” she says. “It’s all connected to me in some way, whether it’s something that I collected at the Paris flea market or furniture I bought and lost or destroyed.” She’s specifically referring to the Revival, a cheekily named marble-top round side table that’s based on a piece she owned that was crushed in a trash compactor when it was mistaken for garbage.

Just like Calderone’s world, in this collection there’s serious substance behind the beauty. She gets especially excited when describing a matte clay centerpiece bowl. She leans in close, points out its circular divot in the center, then cheerily explains: “You can also put a taper candle in it—isn’t that great?” That’s the thing about some of the best pieces in the collaboration: They do double duty.

A marble tray, for instance, isn’t just a chic place to serve up cheese when guests come over. It would look equally at home in a bathroom, topped with perfume and makeup.

As she opens the cabinet that’s concealing the bowl-meets-candleholder (along with other tabletop items from the collection), she mentions that the entire piece can be repurposed as a wardrobe. “It just feels so sophisticated, like French 1950s Chambron style,” she says of its linear silhouette.

In the tabletop collection, the etched glassware is great for vino but also dessert. Calderone freely admits that she’s not over a coupe glass. “I actually sometimes order a drink because it comes in a coupe,” she says with a laugh.

Out front, travertine planters contain greenery, but Calderone says you can flip them upside down and use them as pedestals or plant stands. An entryway console would also make a great desk, she points out. It’s that combination of great style and great substance that makes her taste impeccable and the collection, well, swoon-worthy. 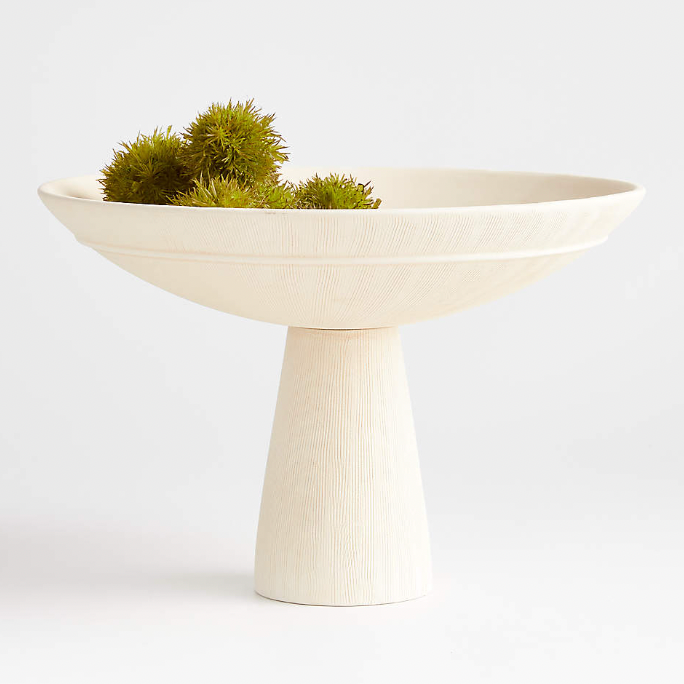 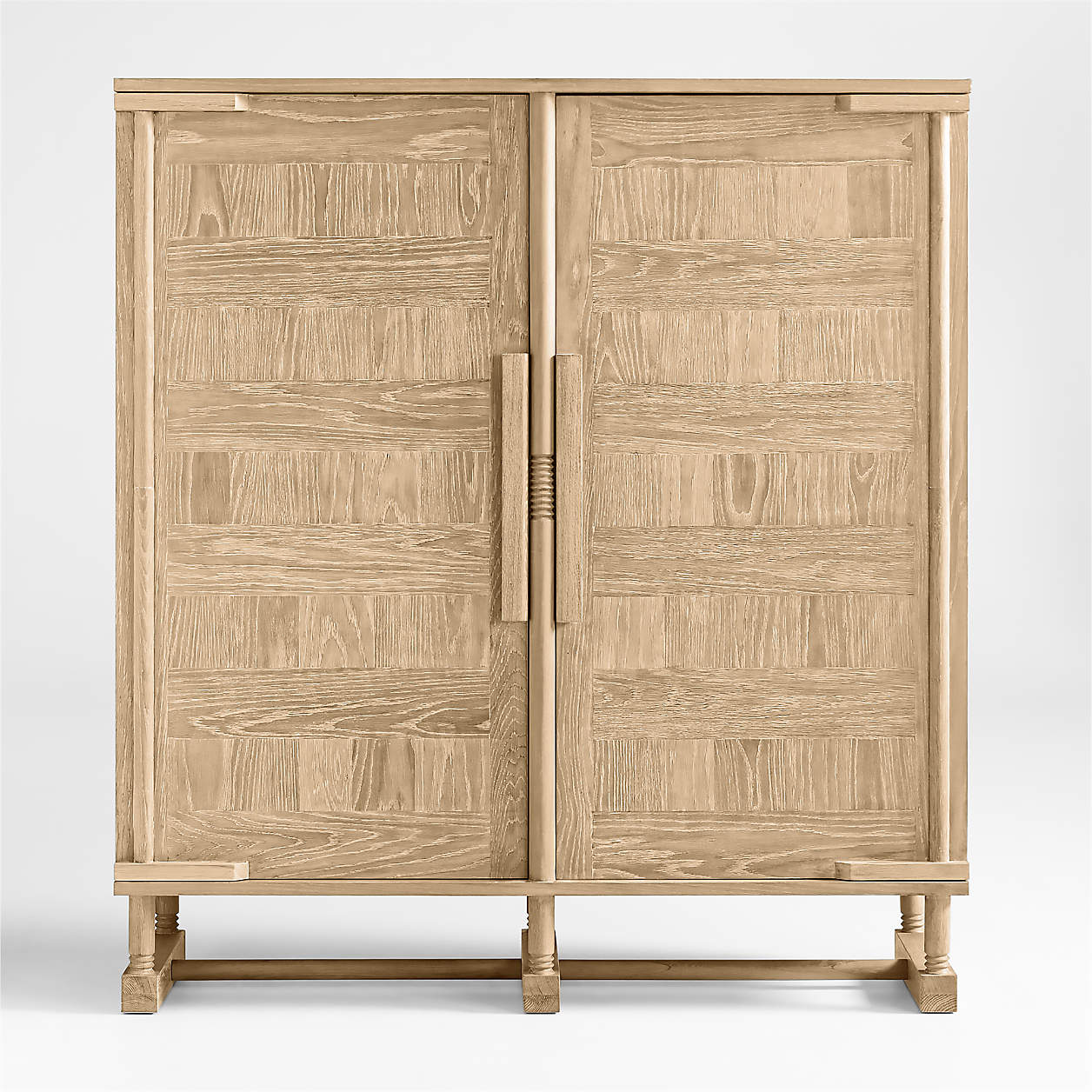 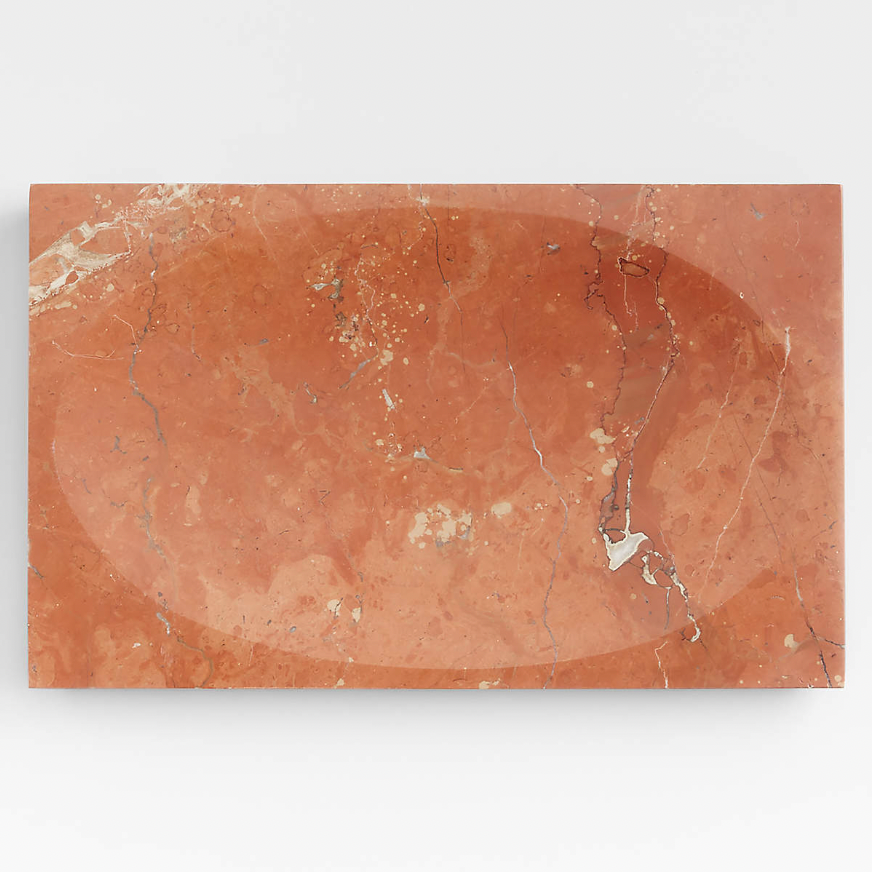 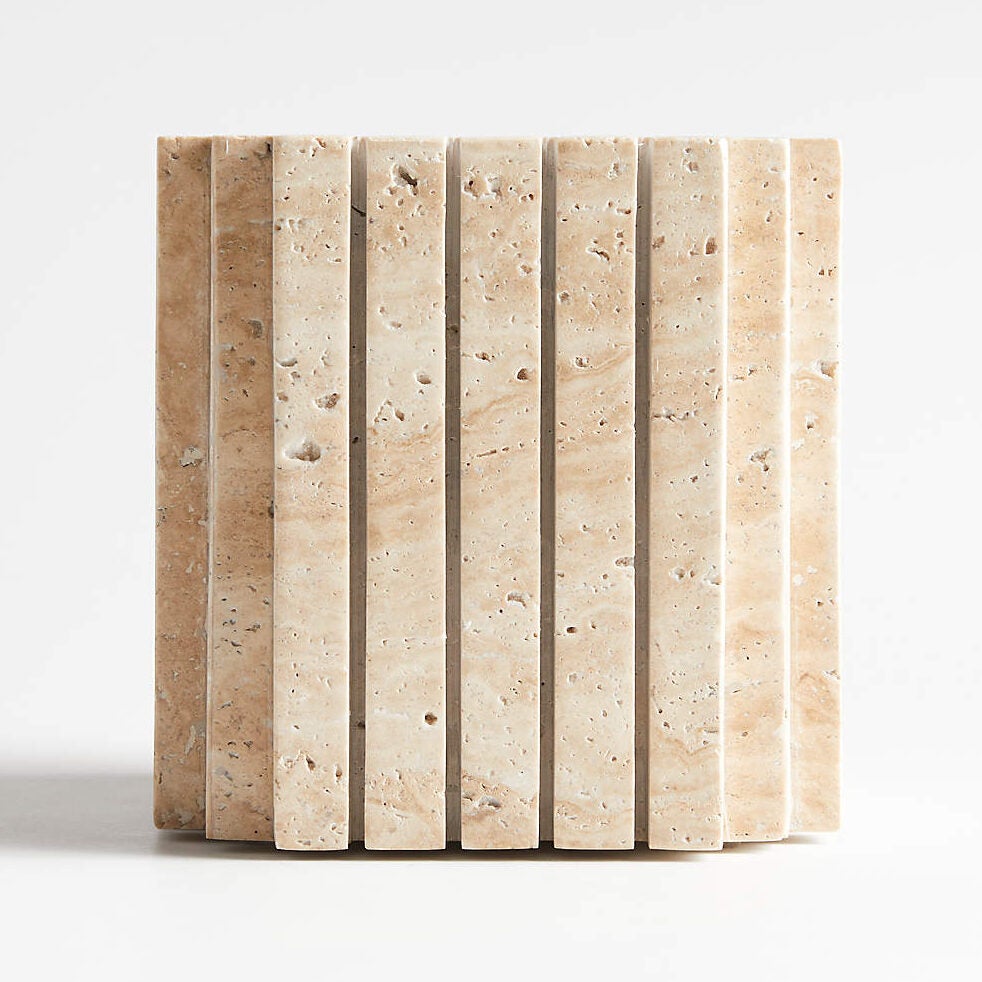