Get one before they’re gone. 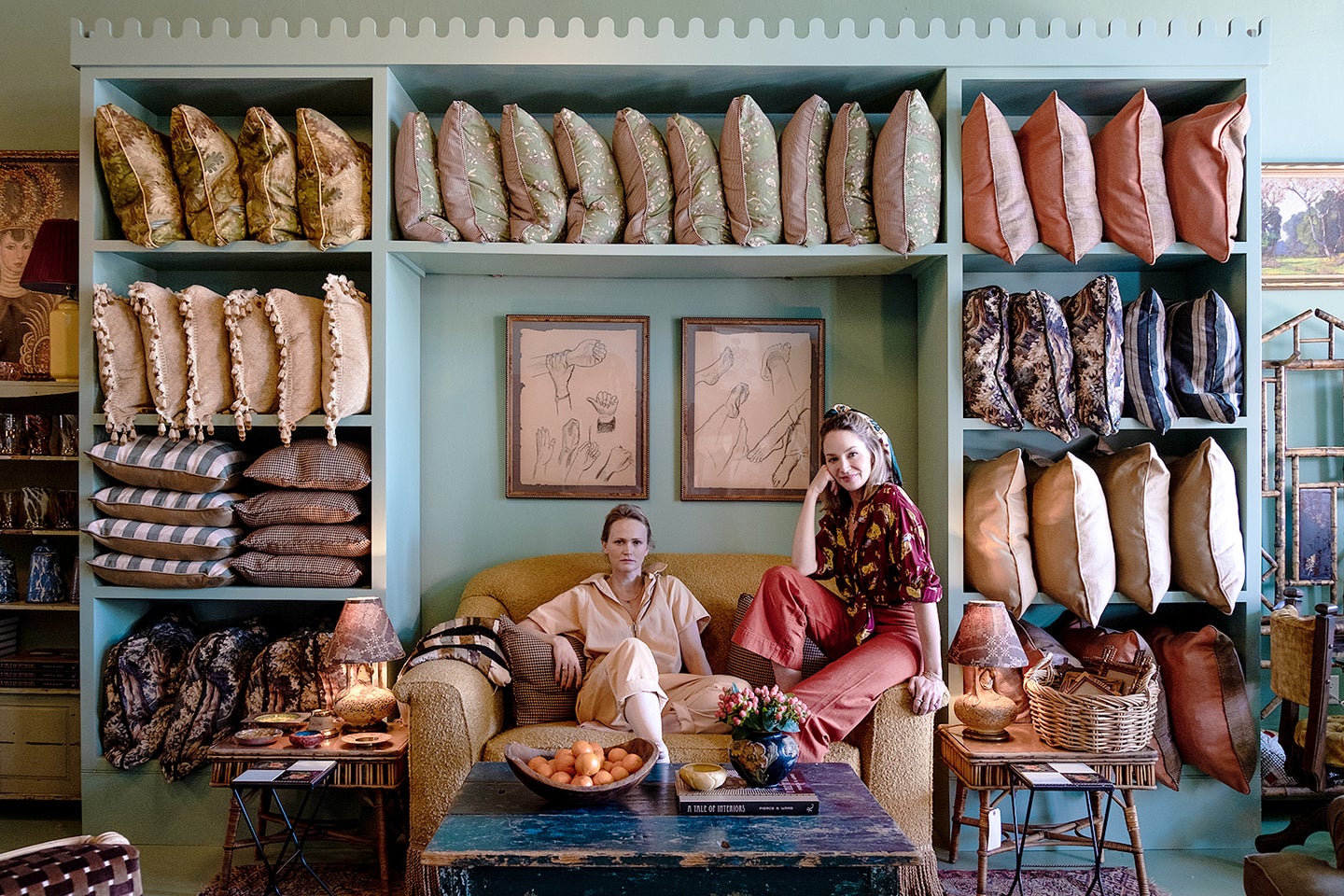 In our Ask a Shopkeeper series, we tap the coolest store owners we know for a tour of their space and ask them what items are trending right now—and beyond. For this installment, design duo Louisa Pierce and Emily Ward open the doors to Pierce & Ward, their first-ever storefront in Los Angeles’s Los Feliz neighborhood, which sells the type of antique-y things you might find in the homes they design for their sometimes-celebrity clients.

You’ve been designers for while now—why open a store?

Louisa Pierce: When Emily and I first met, we realized we both had a passion for design, so we discussed opening a store. At the time, my husband was like, “Do not open a store! You’ll just lose money.” And so we were like, Okay, fine, let’s just start doing houses together. And here we are 10 years later.

Emily Ward: But there’s a lot of people who don’t need interior designers or aren’t renovating their homes, so that’s why we started it. It’s been so amazing. We’ve only been open for a few days, but already young people are coming in and buying tons of art and tons of small things.

Pierce: Emily is more social, and she likes that environment. That would probably be my nightmare to have to be in a store every day talking to people!

Where did you come up with the idea for the green walls?

Pierce: We saw an article in The New York Times about rooms in one solid color, and it was really inspiring. We thought that if we did a bold color with all of the antiques that it would bring a little bit of a modern vibe to them.

Ward: By the way, it’s Southfield Green by Benjamin Moore.

What’s been a best-seller so far?

Ward: It’s such a wide array! We’ve sold huge chairs and bedside tables, but for people who just want souvenirs, we have tissue-box covers. The pottery and custom wineglasses are doing well.

Ward: They’re already back! We’ve been doing them for years and I saw that Heather Taylor has them now, too. We noticed that it’s so hard to find them, so we started making them for clients when we had remnants of great fabric instead of throwing it away. Ours are soft, and it’s so cozy to have one next to your bed.

Dream person to walk into Pierce & Ward: Louisa’s mother-in-law is a really huge inspiration for us, and we learned a lot from her. She passed away a few years ago. And also Emily’s mom, who passed away 15 years ago and used to own a store. We really, really want them to walk in.

Favorite nearby shop that’s not our own: ​​There’s a great children’s clothing store down the street called The Reckless Unicorn.

Favorite piece in stock for gifting: Our glasses. You can’t go wrong.