This use of color will make you—and open-house guests—feel zen. 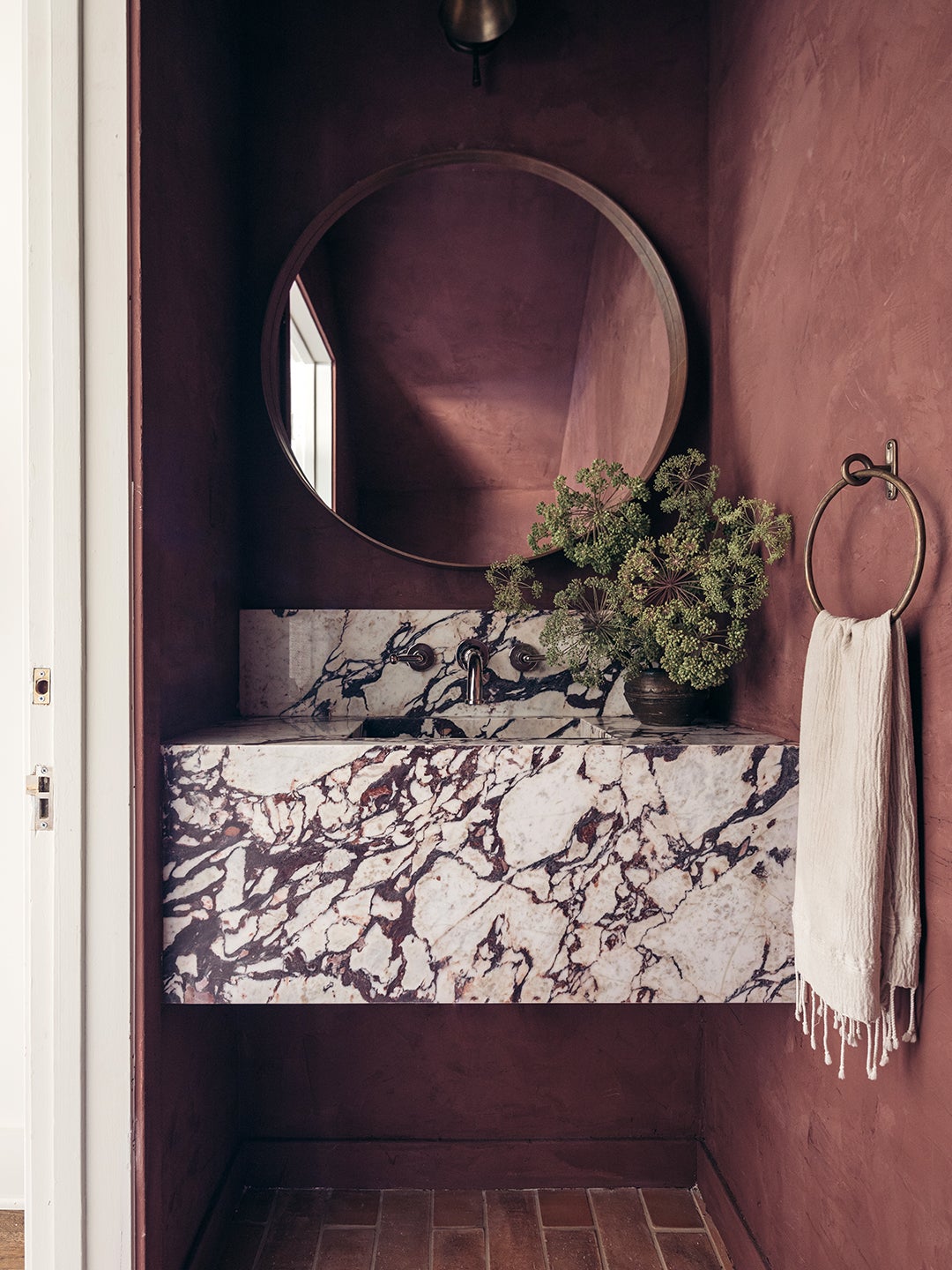 Quartz kitchen counters, painted window trim, a grassy lawn—that’s likely what a typical flipper would have brought to this Spanish-style home in Los Angeles’s Glendale neighborhood. But for Alison Wilson and Jonathan Fernandez (she’s the founder and principal designer behind Canopy Studio; he’s the owner and operator of Requiem Builders), pushing the creative envelope was a nonnegotiable if they wanted to eventually sell it over the original asking price. “The market always responds to a beautiful house,” Fernandez points out.

While this is only their second joint investment project, Fernandez has completed 90 remodels with his family’s construction company, and Wilson worked for several interior firms before stepping out on her own a few years ago. They put their heads together to select materials and finishes that would pay homage to the Spanish-revival bones while also turning a profit (the perk of running your own crew is that you don’t have to deal with another contractor’s markups). “There was a conversation at one point about what to do with the countertops, because it’s a large kitchen and doing marble isn’t cheap, but spending that extra money made a huge difference. It definitely paid itself back,” says Wilson.

Still, splurging on surfaces only goes so far. The couple focused on showing prospective buyers that their decisions took care and time, even if it was something as subtle as coming up with a custom wall color at their local mom-and-pop paint store to use throughout (it’s creamy with a hint of green). “There’s an emotional response from a buyer when a space becomes their perfect home, because they love how they feel in it,” says Wilson. After only two short weeks on the market, the house ignited that spark for someone. Ahead, Fernandez and Wilson make a case for infusing a space with soul before you sell.

Restoring some of the windows to their original glory was an exciting challenge for Fernandez: He and his team replaced glass panes that were broken or scratched, rid the brass hardware of tarnish and debris, and waterproofed everything. While that job was really a matter of time and labor, replicating the home’s authentic features was a more costly pursuit. Exhibit A: continuing the inch-and-a-quarter wood planks from the living area floor into the kitchen (previously, there was dingy vinyl tile). To make the new boards look like they were from the ’20s, the couple used a feathering process, blending sections of old planks with the new ones before staining it all the same dark tone.

Embrace Tradition When the Architecture Calls for It

Even though Wilson is all for open shelving, she felt like the newly airy kitchen needed to follow a more traditional path. As a compromise, she opted for seeded glass panels on some of the fronts and molding around the top of the frames. The bubbled, opaque treatment is common in a lot of older cabinetry, so it gave the room that coveted been-here-forever feel.

The finishing touch: custom hardware from Morocco. “I wanted it to feel like vintage jewelry, so I was careful about hiding the screws,” says Wilson.

Go Monochrome to Give Buyers Peace of Mind

For an overall feeling of zen—always attractive to buyers—Wilson went with largely monochromatic color schemes in every room. With all the elements in the same family, the space automatically feels calmer, even in the moody burgundy powder room that features a Calacatta Viola marble sink and limewash walls. “Big pops of color that appear sporadically make too much of a statement, something you especially see in development projects,” she shares. “I like to concentrate a color into each space. It feels a little bit more intentional.”

By removing a closet on the second level, the couple made room for a larger primary wet room. Although they toyed with the idea of enclosing the shower in glass, they realized the rectangular area next to the tub was spacious enough that it didn’t have to be partitioned off. “You’re able to have that European spa bath house feel,” says Wilson.

Wilson’s background in landscape design came in handy on this project. She gave some TLC to the backyard in the form of a terracotta tiled patio (before there was just a concrete pad), while the entire house was re-stuccoed with a “ranch style” smooth overcoat. “It creates more of an old-world feel rather than the stucco you see on every house now,” notes Fernandez. The front yard was a very thirsty lawn before the couple gave it fresh curb appeal with textural grasses, olive bushes, and other drought-tolerant native California plants. Another perk for the new owner: The greenery will only look better as it matures.