Now they have pride of place in his dining room. 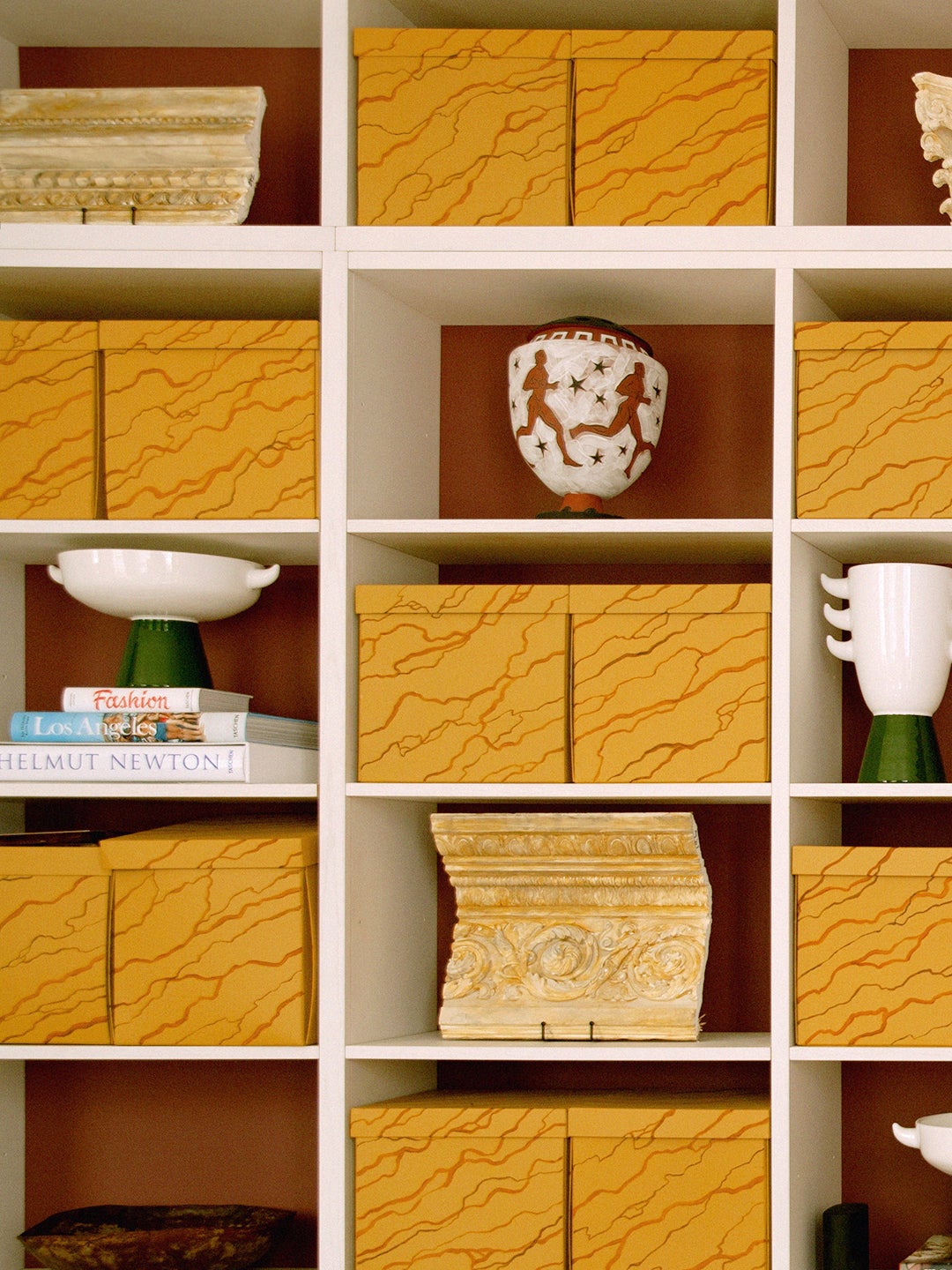 On paper, Gergei Erdei might not seem like an IKEA shopper. Before founding his eponymous line of stylish homewares, ranging from handcrafted ceramics to wallpaper, he worked for Gucci, first on former creative director Alessandro Michele’s team as a ready-to-wear designer, and later as an embroidery designer and illustrator. But the London-based creative appreciates a good deal just like the rest of us—particularly a customizable one. There are 20 IKEA Tjog storage boxes lining the bookcase in his office–slash–living/dining room, but thanks to a little bit of paint and some inspiration from his travels in Rome, you’d never know they came from the Swedish retailer.

Like most apartment dwellers who work a lot from home, Erdei wanted to hide all his supplies—fabric samples, trims, stationery, pencils—in an aesthetically pleasing way. After finding it impossible to locate containers that matched the “‘70s bachelor pad vibe” of his flat, he decided to buy a bunch of the simple $8 boxes with lids and turn them into chic vessels. “Many times, the only option is to create [what you need] yourself,” says Erdei.

The Tjog boxes he scored in the U.K. were originally a taupe color that didn’t jell well with the dark terracotta hue on the walls (Arras by Little Greene), so he swathed them in a matte beige paint from Dulux. “Use wall paint,” he advises. “It has amazing streak-free coverage and you can easily apply it with a roller.”

Once that layer had dried, Erdei set out to give them a marbled effect (he had initially considered a tortoiseshell pattern, but that design proved too complicated to replicate). To avoid creating superwiggly lines that looked like mountains, he pulled up photos on his phone from a recent trip to Rome and studied the organic veins of the different stones he captured. “I took millions of pictures in the churches, but obviously you can just use Pinterest,” he shares.

Using a mix of thin and thick brushes, as well as two tones of a darker beige-brown acrylic paint to achieve an opaque quality, he lightly applied the streaks to all five surfaces (tops included). “When you go to add the lines on the lid, place it on the dry box, that way you can connect the lines,” he shares. Or if you are tight on time, you can “cheat” and just paint the sides that will ultimately be exposed. We’re filing this two-step, stencil-free DIY under genius IKEA upgrades. 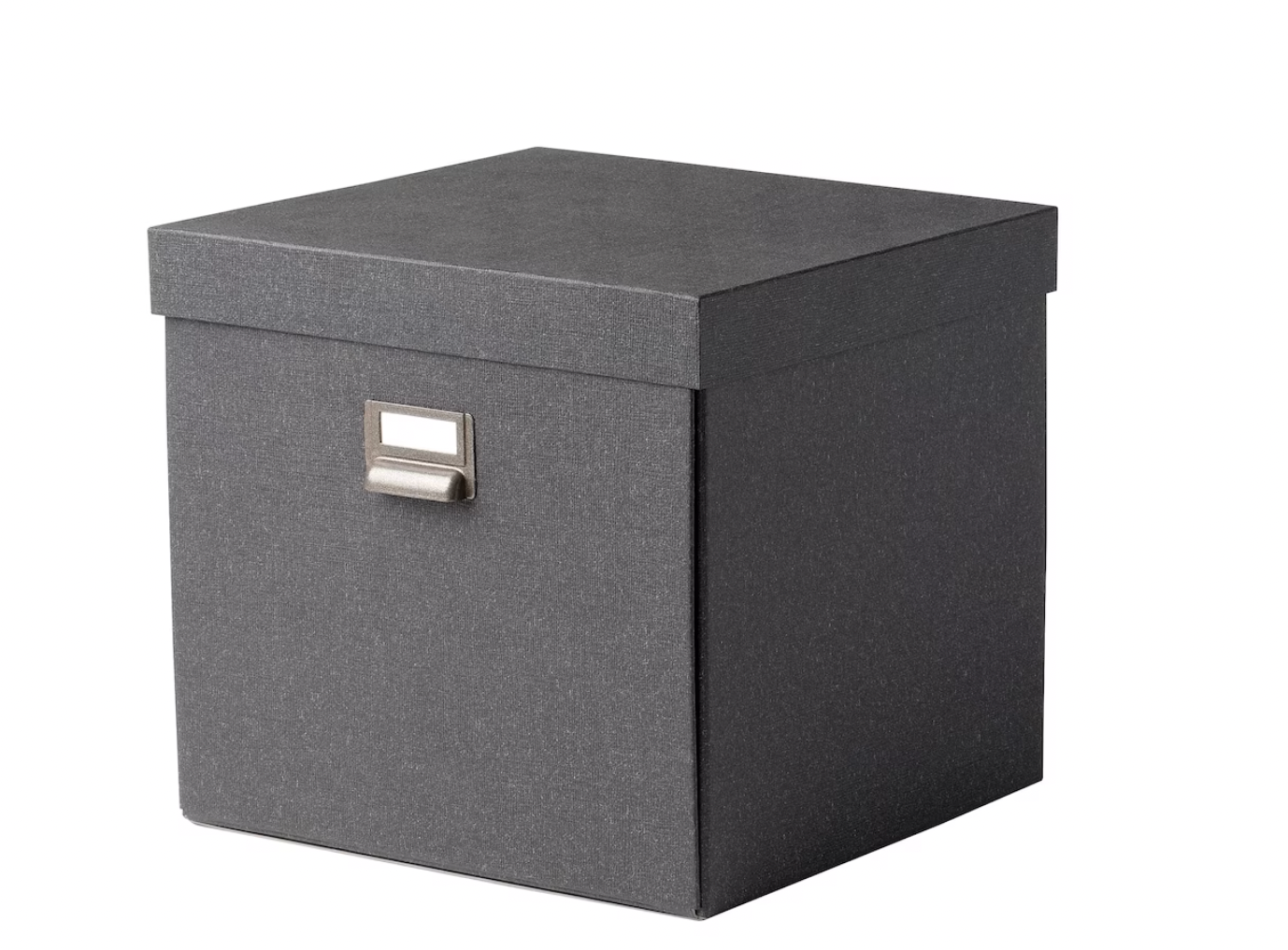